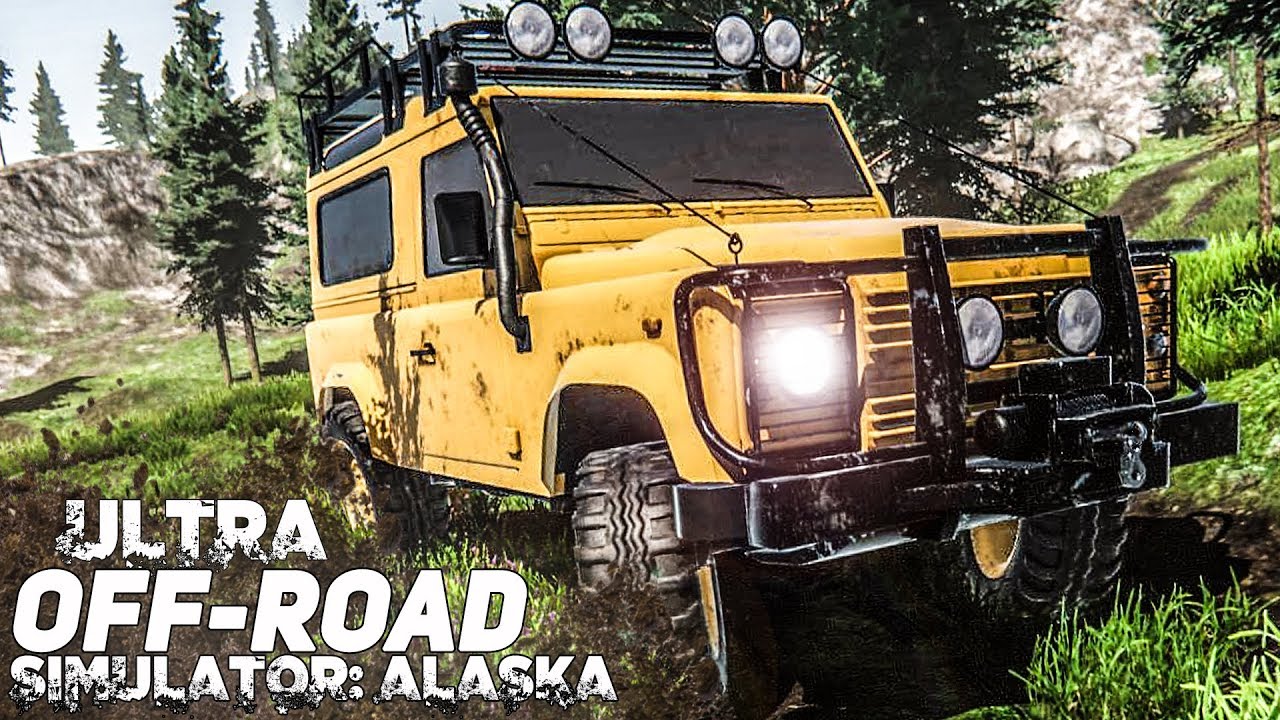 In the faraway frozen lands of Alaska, the air is still and quiet. The rumble of big trucks can be heard echoing through the canyons. Ultra Off-Road 2019: Alaska developed and published by IceTorch Interactive, sets out to capture the feeling of driving through the tundra. IceTorch Interactive is an indie Steam developer, with a short history of published games. Without blithering on, let’s just jump into the review and see how the game is, shall we?

Ultra Off-Road 2019: Alaska is an off-road driving game. The whole point of the game is to get from point A to point B, navigating through trees and over rocks along the way. On your trek through the tundras of Alaska, you collect food, repair kits and fuel to help you get to where you’re going. There are a handful of vehicles to choose from, however, they all seem to have the same stats. The levels don’t seem to have much variety to them either, either snowy area or hills with trees. Sometimes you drive during the day, and sometimes at night. When you go into a level at night you’ll have to use your headlights to see the path.

For a game that has Off-Road in its title, You’d think there’d be a lot more freedom of exploration. However, you seem to have to drive on the path that’s been outlined a lot. It seemed to me that every time I left the path I was getting caught on tiny bumps in the level geometry, or my truck just couldn’t go up and over the hill. I had the occasional glitch when trying to refuel or eat food where I couldn’t consume the item, but it was inconsistent. The vehicle physics in Ultra Off-Road 2019: Alaska is a bit weird as well, the vehicles handle like bricks and tend to roll over a lot. I also got stuck on trees often, with no way of wiggling out.

Playing Ultra Off-Road 2019: Alaska on Nintendo Switch I was wondering if a game about off-roading would look good. It doesn’t look bad, but I was hoping for maybe just a little bit more. I find the levels look a little like a Playstation 2 game, and the vehicles aren’t very detailed. The UI is simplistic, with a speedometer in the bottom right corner, and vehicle health/fuel listed in the top corner.

The audio in Ultra Off-Road 2019: Alaska is a bit lacking. Each vehicle sounds the same more or less, there isn’t much in the way of ambient sound, either. All you really get to hear is the sound of the vehicle engines rev, and it gets old quick. Occasionally when moving fast when I’d hit the brakes to try and slow down there was a loud grinding type of noise. It sounded kind of like the sound of the engine was bugging out.

Given the small number of levels to play in Ultra Off-Road 2019: Alaska it won’t take long for players to get through the game. I had it beaten within a few hours, and the freeride mode doesn’t offer much more to do outside the campaign levels. I didn’t get more than 6 or 7 hours of gameplay out of it.

Summing up, Ultra Off-Road 2019: Alaska on the Nintendo Switch is probably a game to pass on. It might play better on other platforms because the Switch isn’t as powerful as the others. I’m gonna give it the Bronze Award because I didn’t enjoy my time spent with the game, and I honestly don’t think I’ll ever pick it up again. I was hoping for an epic off-roading game and what I got I felt was sub-par. Maybe my expectations were just set too high.