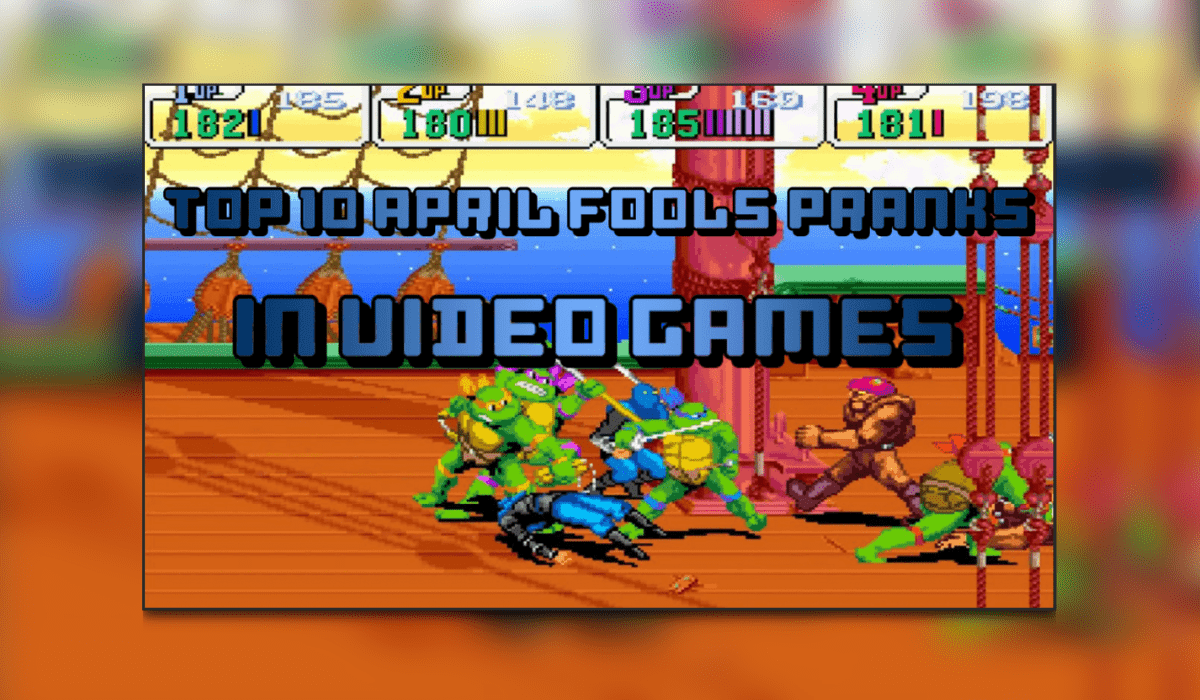 For years now video game developers have had gamers fooled into thinking that there is new content to a game or some new DLC or even on some accounts a whole new game. Well, it’s that time of year again so let’s take a look at just some of the April Fools pranks that developers have had us fooled with. As usual, if you enjoy this Top 10 April Fools Pranks In Video Games then why not check out my latest article here. You can also catch up with what the rest of the Thumb Culture team are up to on social media.

Sports Interactive is notorious for their April Fools pranks but the one that most fans are fond of is a throwback to the very football season. Player attributes are way different from the normal players of today. There were no pesky agents demanding money as each player was earning just 5 shillings. It truly is a blast from the blast and full credit to the developers for creating its database. A must for any football fan.

9. The Legend of Zelda Netflix Series

In 2015 a trailer was made by some very clever individuals who edited what a Legend of Zelda series would look like. Well, what it would look like if it had the budget of a D movie. It was the title alone that got people excited and made people click that button. Fair play creators fair play.

Back in 2014, IGN announced Optimus Prime, leader of the Autobots and walking semi-truck thing, would be coming to Titanfall as a playable character as part of the (very fake) Titanfall Prime DLC. Sadly, there would be no Transformers cameo in Respawn’s first-person shooter, and 80s kids wept the world over. Begs to differ why this never happened. It would have sold like hotcakes.

This is worth it just for the trailer alone. In 2015 Capcom announced Dog Ace Attorney. A spin-off of the popular TV series Sherlock Hound. Not exactly sure what to say about this except that it’s a dog that solves a crime. Again strangely enough I think this would have sold well.

This one still makes me giggle to this very day. Sony announced PlayStation Flow on its blog on the 1st of April 2015 with a convincing trailer and pitch for what appeared to be an actual real-life simulator for the underwater sections of PlayStation 4 games. We got to admit that it was very convincing.

Electronic Gaming Monthly had a long tradition of putting cheat codes into their magazine every year on April 1st. It’s the TMNT 2 that we look at. Not only was the code basically impossible for a single human to do with a button combination that looks like a madman’s science project but if you managed to pull it off then you got the pleasure of unlocking Simon Belmont from the Castlevania series.

Now this one is brilliant. Back in 1998 everyone and their dog thought that Luigi was an unlockable character in the awesome Super Mario 64. We were all convinced it was possible to play as Luigi simply because someone out there claimed the blurry script on the bottom of what is now known as the Eternal Star read: “L Is Real 2401.” And this wasn’t even the April Fool’s joke. It was our own lack of good judgment that led us to go on a wild goose chase for Luigi but the cruel joke came in when Nintendo Power got in on the fun. In their April issue, they would once and for all settle the debate and give us the answer we all longed for. All we had to was turn to page 128. The magazine only had 108 pages. Pure class.

In 2004 Google ruined the lives of so many Pokemon fans worldwide with their April Fools prank. They did it in two steps. The first was promising that we could all be Pokemon masters while competing for a chance to work at Google. The announcement video showed tons of cool features and unveiled a world filled with different types of Pokemon in many regions. Our Pokemon fantasies had been realized… until you actually attempted to start your journey. The job opening at Google, the chance to be the very best, it was all a lie… At least we have Pokemon GO right?

In 2008 Electonic Gaming Monthly pulled an April Fool’s hoax that even fooled quite a few gaming publications. In their April issue, Electronic Gaming Monthly revealed screenshots of a LEGO Halo game. The magazine claimed Bungie was working on recreating the Halo universe with LEGOs and excitement quickly took over forums everywhere.

Unfortunately, the reality of the situation finally sunk in and everyone realized LEGO Halo was not actually on its way. Of course, this was only the first time that our LEGO Halo dreams were crushed.

Now, this would work on so many levels and I think we can agree that it will happen at some point in the future but Bandai Namco takes the top spot here. The joke came to their official YouTube channel with a whole trailer and it’s brilliant. As soon as you clicked play, however, the trolling began. A super vintage-style video mashes together some Dark Souls III clips with an old film filter over it. A narrator makes the trailer seem even more epic than it should be and an upbeat soundtrack sucks you in and teleports you back to the good ol’ days. It’s the end of the trailer that does it. It announces that Dark Souls III The Movie will release on April 12th exclusively to VHS. 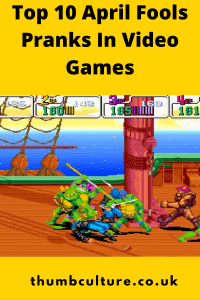