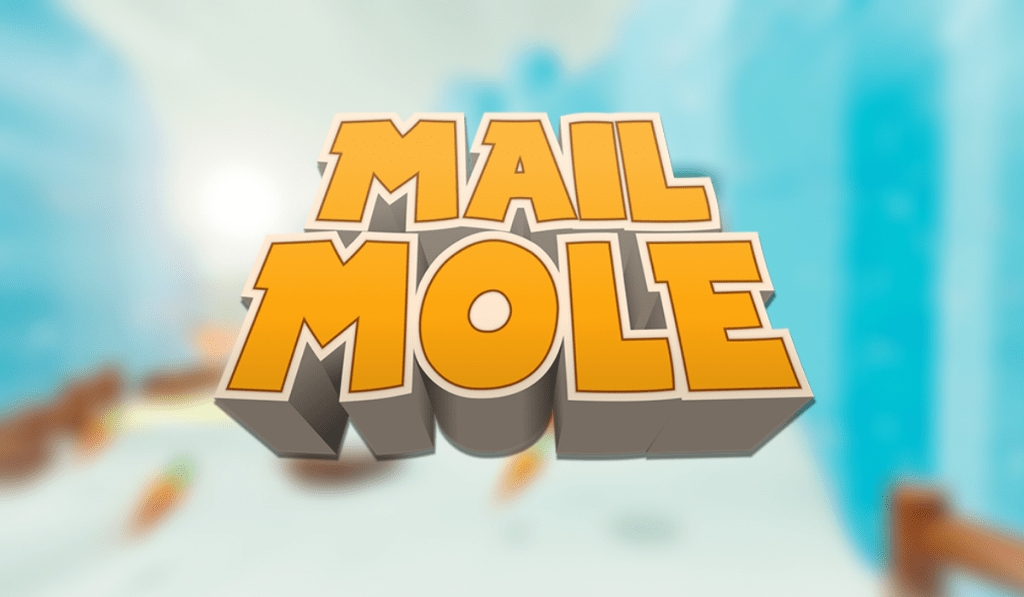 Today I bring you the adorable little 3D platformer called Mail Mole. This game is co-developed by Talpa Games and  Undercoders, and it is also published by Undercoders. You can buy Mail Mole now on PC, Nintendo Switch, Xbox, and PS4. I am reviewing the PS4 version of this game.

Join Molty the mail mole in his quest to save his home, Carrotland, from the evil turtle, Pukat. Is Monty’s journey worth it or should he have stayed on holiday? Continue reading to find out more. You can read my previous preview here, let us know in the comments if you’ve played or would like to play Mail Mole.

Molty starts his adventure in Mail Mole on his holidays. He finally has had a chance to get some time away and he receives an emergency call from Carrotland asking for his help ASAP. Molty returns to Carrotland to discover all power has been shut off by the evil turtle, Pukat. Molty’s first task is to find the reset codes for the power stations to help reset the power. These are acquired by completing levels. Each level in Mail Mole brings you a handful of challenges. Each level has a timer, if you beat the level within certain times, you will be awarded a gold, silver, or bronze medal. If you don’t complete the level in the time it doesn’t matter, you will be given a “complete delivery” stamp for completing the level.

At first, I only received complete delivery stamps as I was exploring levels looking for carrots (the currency of the game) and turnips. Each level has 3 turnips for you to find and collect, each hidden away in its own space. Turnips can be hiding behind crates, behind trees, around corners, or even hidden behind buttons that you have to press. Some are also revealed when you put 3 coloured inflatable balls into their corresponding inflatable ring. I quite like how this has been done, gives you some little puzzles to find the collectibles.

I mentioned carrots being the game’s currency above. You can use these to purchase cosmetics for Molty to wear during his journey to save Carrotland, these can be purchased from Rick’s Store. You can mix and match the cosmetics also, so you can be wearing an explorers hat with a sports bag. I like how this isn’t set to particular outfits, making for a massive amount of choice for Molty’s attire in the game. As you can see below you also get a trophy for your first purchase in Rick’s Store.

There’s actually quite a lot to find and collect in this game so I can see it lasting players a fair while. It’s quite a challenge to get gold medals on some levels, so be patient and keep trying if you really want to go for gold. One thing I did find though is you have to use the dash move a lot to get to the end of a level for the gold, so you have to be pinpoint accurate on your movements.

The graphics in Mail Mole are not bad at all. Yes, there could be some improvements, but, it doesn’t defer away from the gameplay and is no bother at all. Audio in the game is relatively simple, you may recognise some of the sounds in the game, the music is charming enough but can get a bit repetitive. Again that’s no bother though as I feel the music and effects do fit the gameplay rather well.

Mail Mole has many, many levels to work your way through. As mentioned above each level has 3 turnips to collect, each level also has the coloured medals for you to challenge yourself with. Can you beat the timer to get a gold medal? Mail Mole also has 31 trophies to earn including a platinum trophy. All in all this game is great value for money, in my humble opinion.

Mail Mole will not top the charts, and may even be a game that most forget. However, for me, this was a great game that had a certain charm. It reminded me of old-school platformers such as Crash Bandicoot and the Spyro series. Great work Talpa Games and Undercoders. I give Mail Mole a Thumb Culture Gold Award. 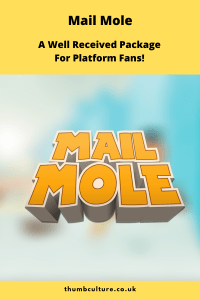