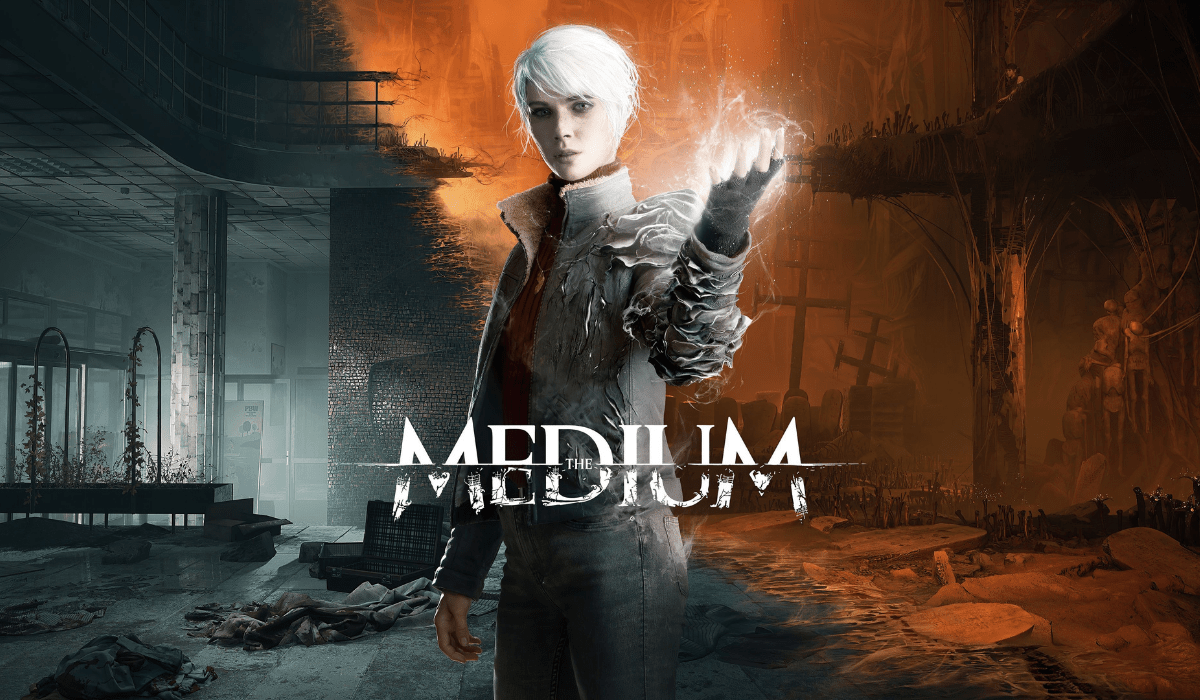 The Medium is brought to us by Bloober Team (Layers of Fear, Blair Witch), they developed and published this game. It is a psychological horror game on the Xbox Series S|X and Microsoft Windows. Because you can play via Xbox Game Pass for PC (or Xbox of course), this makes The Medium easily accessible for many. However, if you choose to, you can purchase via storefronts such as Steam.

I chose to play The Medium via Xbox Game Pass for PC. I was so pleased with this game, it really stood out there for me. Read on to see why I think The Medium was such a great game to play. Check out my previous article here.

We also have a feature on Xbox Game Pass that was written by Jay, have a read of that here.

First things first, Bloober Team warns us about epilepsy and how the game can trigger this. Please take this warning seriously. There are many scenes where there are strobe lighting and/or lights flickering very fast.

“It all starts with a dead girl”

We’re introduced to Marianne, a spirit medium who helps troubled souls seek their final respite, freeing them from their seemingly eternal realm of demise. Marianne is our main protagonist for The Medium.

The game starts off in an apartment which appears to be the home to Marianne’s late father, Jack. A few tasks later, we’re lead down to The Last Goodbye funeral home, a funeral home which was once run by Jack and Marianne.

Also, it soon becomes apparent that The Medium is set in Poland. The game starts off in Krakow and not far into the game we’re introduced to the fictional game setting of Niwa.

“Insight” is one of Marianne’s spiritual powers. Marianne’s Insight helps her to see things that we would usually not be able to see, such as hidden objects like a doorway behind a bookshelf, for example. This is very powerful in The Medium, and you’ll find yourself using it, a lot.

In the spirit world, we have other powers that can be used. Only when in “dual reality” or when having an out of body experience. Such unique mechanics to have. Be careful when out of the body though, as your spirit will dwindle away and your body in the real world will inevitably die.

The Medium introduces us to “dual reality”, this is a new mechanic created for this game. Dual reality means you’re viewing the real world and the spirit world at the same time. In real-time.

Story-wise, we receive a call from a man called “Thomas”, we do not know who he is, or what he really wants from us just yet. Marianne also meets

The spirit world has Sadness trapped. Why is her spirit not at rest? – Keep playing to find out.

Enter the Maw, a terrifying creature from the depths of darkness. “let me wear you as a suit” are just a few choice words he says whilst wandering around. Nice.

The Maw will chase you at times, you’ll need to sneak and hide behind objects whilst holding your breath to avoid being captured. These moments are the edge of your seat stuff, hoping you can pass this section to progress through the game. During the story, you’ll also have to find masks for people who have died and are stuck. The masks matched with a name will help Marianne to assist the spirits to pass to their final respite.

The Medium has a few jump scares, but not many at all. Keep your spare pants near if you jump real easy.

I don’t want to go into more detail about the story as I don’t want to spoil anything for you. All I will say is stick with it because the game answers all of this later.

The story starts off a little slow but does pick up the pace later. Stick with it, you’ll thank me, hopefully down in the comments.

The graphics are absolutely phenomenal. Everything is dark and dingy yet this stands out in the crowd. The setting of the game is incredible. The Medium does have hardware raytracing on PCs powered with an Nvidia RTX card. Regardless of RTX, the game looks beautiful. Just remember to install that latest Game Ready Driver from Nvidia.

When the game first started I noticed small stutters. However, it didn’t last long (~2 minutes at most).

I experienced some short yet big framerate spikes late in the game but after that, I did not experience any other major framerate drops.

In addition to the beautiful graphics, there’s the aforementioned mechanic called “Dual Reality” but as a result, this effectively means the game is rendering two different worlds at the same time.

Therefore this can hit the GPU hard later in the game. it is incredible to see but it’s no wonder some people are having some issue running this game.

Polish composer Arkadiusz Reikowski and Japanese composer Akira Yamaoka created the musical score in The Medium. And what a score it is. Absolutely perfect for this scenario be it in the real world or the spirit world, it all ties in perfectly. The sound effects in The Medium send chills down your spine, listen closely for whispers of distant voices, these are how the game tells you about the “echoes” for you to collect.

The Medium took me around 10 hours to complete, this was at a fairly leisurely pace whilst I was looking around for collectables (use the Insight power!) and more for the story. Achievements are relatively easy in this game, I didn’t really have to hunt for those that I unlocked. Completing the game awards the player with 100 gamerscore!

This game had me glued from start to finish, I wanted to know more about Marianne and her story and boy did it deliver. The Medium gets a pure solid platinum award from me. Great work Bloober Team! 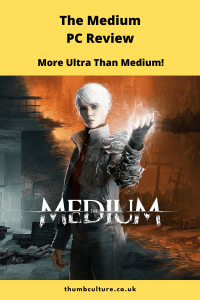 3 thoughts on “The Medium Review – More Ultra Than Medium!”