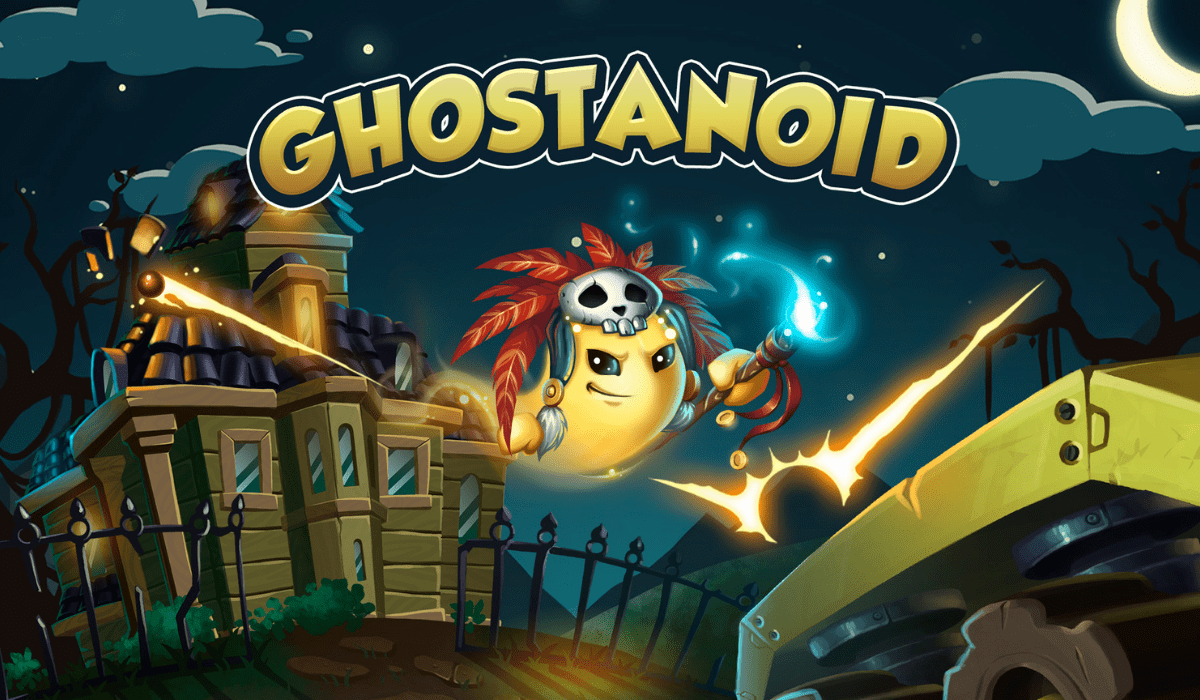 So here we are, a new brick breaker. This one is Ghostanoid from developers Qplaze (Real Blockcraft, Galaxy Warfighter) and publishers JoyBits (Doodle God, Commando). The game will release on Nintendo Switch on January 21st 2021. Still weird typing 2021 instead of 2020.

Ghostanoid – Another Brick In The Wall?

Let’s take a look and see what I think of Ghostanoid. Will it be a smash hit for the Switch? Or just another brick in the wall?

Ghostanoid has gameplay akin to the classic brick breaker Arkanoid. There’s a certain trick to getting through the levels as quick as possible and that’s to hit the ghosts by bouncing balls into them as you can see on the levels as below.

Each level has slightly more blocks (or furniture in the case of this game) that you have to break before you can get to the ghosts. There are also different types of ghosts in the game, some will repair sections that you’ve broken whilst others drop traps on you such as reverse controls or a slow down for your bat. Be careful as you only have 3 lives per level, these do refresh once you finish the level. To unlock the next “house” you will need to earn a certain number of stars, for example, 34 stars unlock the second area.

There are also powerups that you can collect such as one that will multiply your ball into two or more balls, another allows your ball(s) to break through bricks without bouncing off of them.

Ghosts like to hide in the furniture, you can tell this by the blue glow that emits out of an item such as a chair, cupboard, bed, etc. so keep those eyes peeled! Completing each level will give you a rating out of 3 stars, as well as coins you can use to buy upgrades in the workshop for your playthrough of the game.

Whilst I talk about playthroughs, I think this is a good time to mention the game works in TV mode, handheld mode and also tabletop mode. All of which are enjoyable to play Ghostanoid.

The graphics are good, 2D with a cool art style which reminded me of the Angry Birds graphics, for some reason. But that’s not a bad thing at all.

I did notice some very small stutters now and again in TV mode, but nothing that affected my gameplay.

There are many levels on Ghostanoid, however, I personally felt like the levels didn’t differ too much from each other so the game did feel a little repetitive to me. If you grasp this game this will definitely last you a fair while. There only appears to be the main “story” mode in the game and no online play nor other offline modes.

Ghostanoid has a fair crack at the brick ‘n’ bat gameplay. It’s not a fantastic game, but, it’s also not a terrible game. It’s definitely good to see Devs are not afraid to teach an old dog some new tricks. Ghostanoid would be a perfect lunchtime game for those of you who take your consoles to work with you. Or just a time-waster when at home. I give Ghostanoid a silver award. 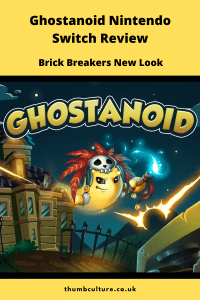