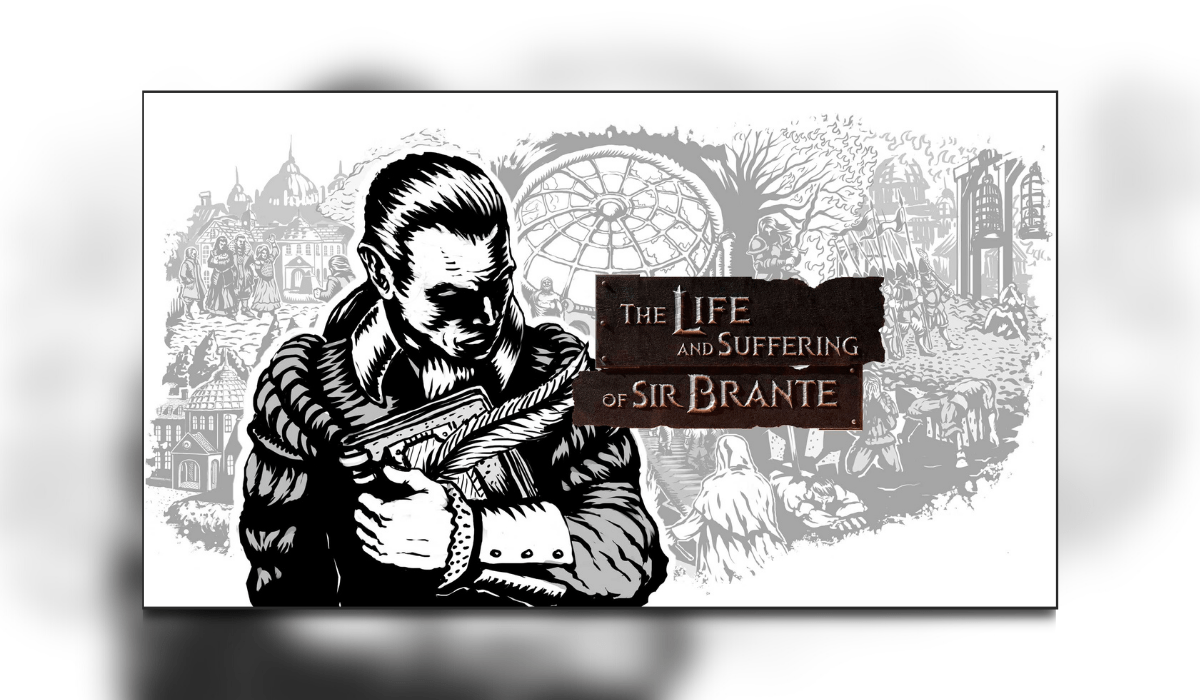 The Life and Suffering of Sir Brante is the debut game from developer Sever Studio while working with publisher 101XP. You play as the titular character in this single-player narrative-driven RPG. The game takes place in the fantasy fictional world of Magra, part of the Arknian Empire. The setting is akin to Victorian London with class issues, religion and even persecution of magic users being major driving forces of the story. Set out on a challenging lifetime journey, where every choice entails consequences. Each decision determines the path you go down so choose wisely.

Sir Brante was released on PC last year but is available now on PlayStation & Xbox consoles with my review based on the PS5 version. And if you want to read more on the game, check out Gareth discussing news on its release here.

Sir Brante is a true choices matter video game and I was keen to play it after already being positively received on PC. If you are excited to play it too or have already then we’d love to hear from you. Feel free to comment below on what you think about Sir Brante.

Taking place at the end of the character’s life and looking back, Sir Brante delivers the story through a diary or autobiography. The book interface serves as the main gameplay mechanic as well as its menus. The story is all told in the writing as is the dialogue plus some illustrations to immerse you in the world. I did find it immersive in this rich setting where common people are second class citizens. A system that works well for the noble minority and established religious institutions. Born a commoner but with the opportunity to rise in the class system while navigating your relationships with friends and family, and romantic partners too. But Sir Brante gives you the choice to join the church of The Twin Gods or oppose the system. And all the results that come with it.

Beginning literally at birth, choices determine the character’s personality and skills shaping your future self. I underestimated the game when it warned me of hard choices so to decide carefully. While consisting of 3 main paths, there are numerous other aspects in how life pans out for Sir Brante as well as his legacy left behind. I did find it difficult, especially towards the end, to juggle the choices presented. Choosing between what I wanted to happen and being practical pained me sometimes. I realised in hindsight this was because of how much I had become invested in the world and its inhabitants. Several choices even follow you across chapters and none more so than death. In the game, you get 3 lives/lesser deaths with the Twin Gods bringing you back but the fourth is true death which means game over.

Sir Brante uses a black and white interactive novel style design. I enjoyed this choice since the game is so narrative-heavy it paints a picture in your mind. The graphics are all pre-set and cannot be changed but being so story-based I enjoyed it all the same. The illustrations were well done, from portraits to cityscapes and filled in some blanks when imagining the setting. The game ran very smoothly, with the small exception of when skipping through the text I had seen before there were tiny glitches in catching up.

Being very much text-based, Sir Brante doesn’t feature a lot of audio. When it does feature however it is as sound effects or small instrumental interlude. I liked the inclusion of brief environmental sound effects as they broke up the time only reading now and then.

I mentioned earlier but as Sir Brante is so decision heavy of course that means only seeing on possible lifetime at once. I definitely plan on going back and seeing how other choices pan out. My review is based on one playthrough which lasted 9 hours but that includes agonizing over certain choices. Throughout playing, I read about events in Magra which no doubt is how the other main paths progress too. As well as that, you choose what kind of character you are e.g. trying to change the class system or embracing the status quo. For the trophy hunters out there, Sir Brante has 30 trophies/achievements to unlock.

Sir Brante is an excellent narrative-driven RPG delivering an engaging story in a richly detailed world. The game does stack the deck against you but hopefully, wise choices see you through it. Being played in the pages of a book paints a picture in your mind including some black and white landscapes too. As a result in won’t be taxing on your console or PC. I really enjoyed my time with Sir Brante and I’m definitely going to go back and do some things differently.

If you enjoyed my review then I also wrote a review on Startup Panic which is available here.