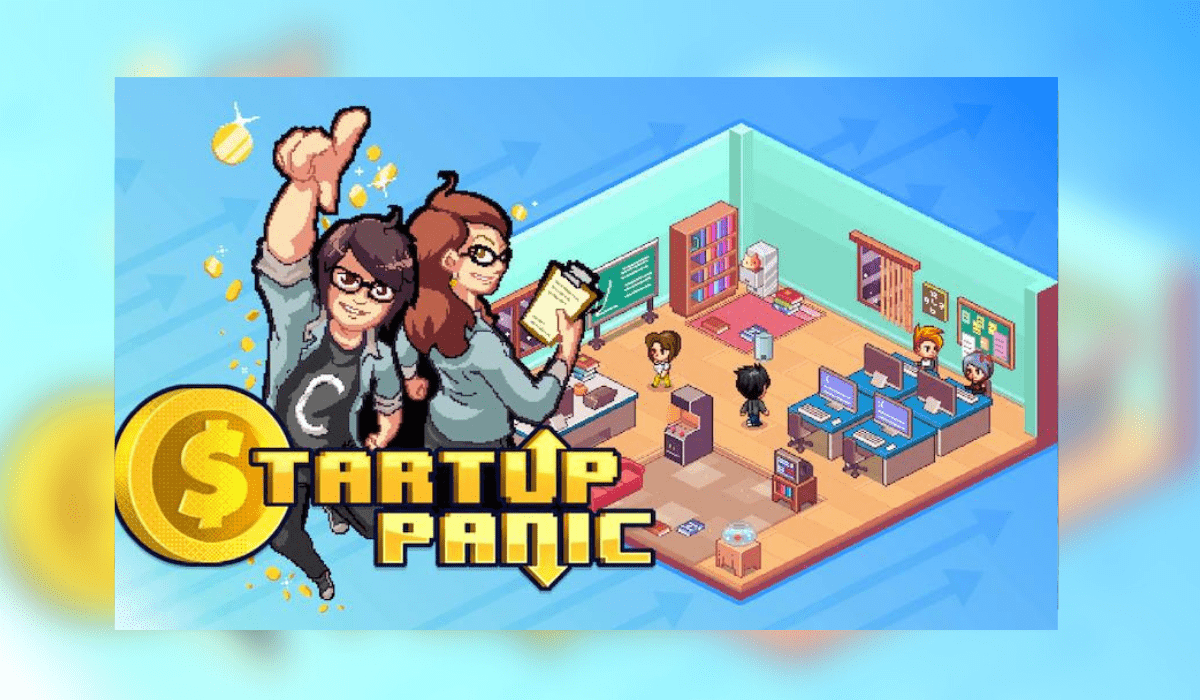 Startup Panic is a life sim game from the Indonesian indie developer Algorocks and published by Tinybuild. The game begins with the protagonist quitting their soul-crushing job to start their own company from scratch. Starting off humbly in the characters home with a dream of building an online platform company like WordPress or Squarespace. Soon you go to renting office space, hiring employees and even becoming rivals with the head of a giant corporation. In this single-player sim, even the game tells you success is unlikely but odds are meant to be beaten.

Startup Panic is Algorocks debut game and is available now on PC as well as Android & iOS.

I have played some games in the same genre so I was excited to dive into Startup Panic. The TC team and I would love to hear what you think of the game, so feel free to leave a comment below about your experience and opinions.

Having played similar life sim games e.g. Game Dev Tycoon, I found Startup Panic adds a little of its own flavour to the this genre. The dialogue has a very tongue in cheek sense of humour throughout the game, occasionally poking fun at the real world too. Kicking things off, there is the tutorial that periodically pops up throughout the game as more options unlock.

The visuals and narrative made Startup Panic feel engaging but a few of the mechanics felt clunky and awkward at times. I found there to be quite a bit of guesswork in which skill to focus on when working on projects. This became very frustrating as this mechanic wasn’t very well explained and could set you back quite a bit.

Leaving the comfort of home meant juggling responsibilities from paying rent & bills to managing employees. The staff, yourself included, have their own strengths and weaknesses which you can manage with training, salary bumps and giving plenty of vacations.

Startup Panic isn’t shy about throwing curveballs your way in terms of decisions having consequences, good and bad. Even on easy mode reaching a couple of the timed goals felt punishing and demotivating. I learned my lesson with these challenges, especially as they were often recycled over and over. Early on, I met a rival and competitor whose efforts to one-up me caused peaks & valleys with income & reputation. In this case, less money meant more problems with keeping the lights on. I enjoyed the rivalry as it drove the narrative woven through the game, very David & Goliath especially early on.

Startup Panic has a retro feel to its 16-bit graphics which I didn’t mind as the setting doesn’t call for anything complex. The settings all come set in stone except for resolution ranging from 480 up to 1080. The choice of 16 bit does well for the game as I felt it ran smoothly in the several hours I played. And it does work well with the colourful locations and some of the more fantastical aspects of the game which come later so I won’t spoil it.

The audio is mostly background music which I found peaceful and quickly blended into the background while playing. I did appreciate the sound effects which popped up now and again. The dialogue was delivered through text and I found that this was a good choice as voice acting would have been out of sorts with the retro graphics.

I played several hours of Startup Panic and there at least several more to experience. The game follows a fairly linear path to the company and as time goes on it can feel repetitive. If this sounds like your type of game, I can see you spending hours on end perfecting your company. While there are no Steam achievements, at least at the moment, you can seek to get a 10/10 on projects for the perfectionists out there.

I had a decent time playing Startup Panic overall and found it to be a solid game. While it doesn’t reinvent the wheel, the game does feel different enough than others in the genre like Game Dev Tycoon. It is engaging but some gameplay can feel awkward to navigate and some mechanics are better explained than others. Visually and audibly it is very good from the vibrant colour scheme to peaceful background music. I also feel there are many hours to spend here playing Startup Panic.

If you enjoyed my review here then check out my review of Youtubers Life 2 right here.