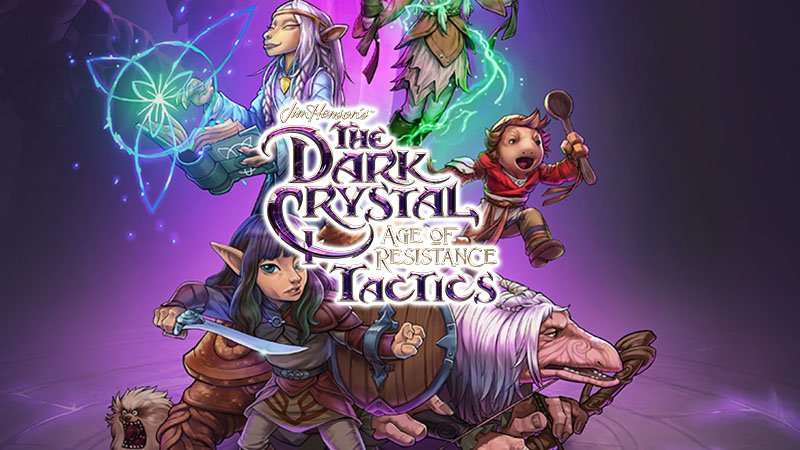 Towards the end of 2019, Netflix released the lovingly crafted prequel to the classic fantasy adventure film The Dark Crystal. Following the critical and fan admiration to the series, BonusXP announced The Dark Crystal: Age of Resistance, a new tactical game based on the Netflix prequel.

Instantly this grabbed my attention. I love Jim Henson’s work and had recently finished the fantastic Fire Emblem: Three Houses. To me, this sounded like the perfect game.

The time came. I loaded up the game and was greeted with that familiar title, which hit me deep in my nostalgia balls. The initial cutscene was a throwback to 80s gaming, with cool hand-drawn graphics and text boxes to introduce the narrative.

The game started, and that’s when it went downhill.

Creating a game based on a cult classic is a difficult task. In the past, a game tie-in to films and television series was guaranteed and due to that expectations were lower. Some of the tie-ins were great, such as Aladdin, The Simpsons Arcade Game but then there were games like E.T. and Back to the Future which paled in comparison to their movie counterparts. But now, tie-ins are few and far between, and as the game was in the tactical strategy genre, I had high hopes for it.

Unfortunately, The Dark Crystal: Age of Resistance feels more like a money-grabbing addition to the franchise rather than a title made as a passion project for the series.

Mechanically, the game has more issues than Miss Piggy. BonusXP has made everything drawn out and unintuitive. If you want to move to an area and attack a character, you have to click on the character, click move, move to the area, then click attack, then click on the enemy and finally click which attack you want. You do this for every mother-muppet move. It’s ridiculous. Modern games in the franchise and even mobile tactic games have more intuitive design making the game feel like it was released when the original movie was.

Like all tactical games, you can build a party and choose ‘jobs’ (classes) in order to create a team that you are happy with. The issue is that the game lacks any originality or passion for the genre. It’s just a run of the mill tactic game which could have been so much more.

The game’s story follows the plot of the television series, however, it is so badly told that it requires the audience to have seen the series in order to understand what is going on! So, as the game pretty much disregards the story, you are just left with the dated gameplay which will bore most people by the time The Count has made it to 3.

This game looks like a massacre at the Muppets’ mansion. I was offended by the sheer lack of love and effort put into the game’s appearance. Upon first glance, you may think “Huh… looks like a typical mobile game.”

“What? This is a Switch game?”

“Well, it may be worth a punt for a fiver. I love the franchise and…”

Yes, this game shoves it in every orifice you can imagine. Not only does it cost a substantial amount more than it should, the design, animation and effects, but all also look unpolished leaving the gamer feel as disgruntled as Oscar the Grouch on bin day.

The soundtrack and score are suitable, keeping with the tone of the franchise. However, the sound effects feel like they have been taken from a royalty-free website. Whether this is due to the game’s budget or amateurish development team, I am unsure but in the end, it’s just another nail in the coffin of the Skeksis.

This is a tough one. If you enjoy the core mechanics then this will keep you busy for a long time. However, the game itself is not worth investing the amount of time required to complete the campaign. My advice, buy a different game.

Who is this game aimed at? Fans of the series would hate how the game has slaughtered the masterful visual art of the original film and the series. Fans of the tactics genre would hate the basic mechanics and user interface. So due to this, the game is as lost Bert without Ernie. As a result, I award the game a Thumb Culture Bronze Award.