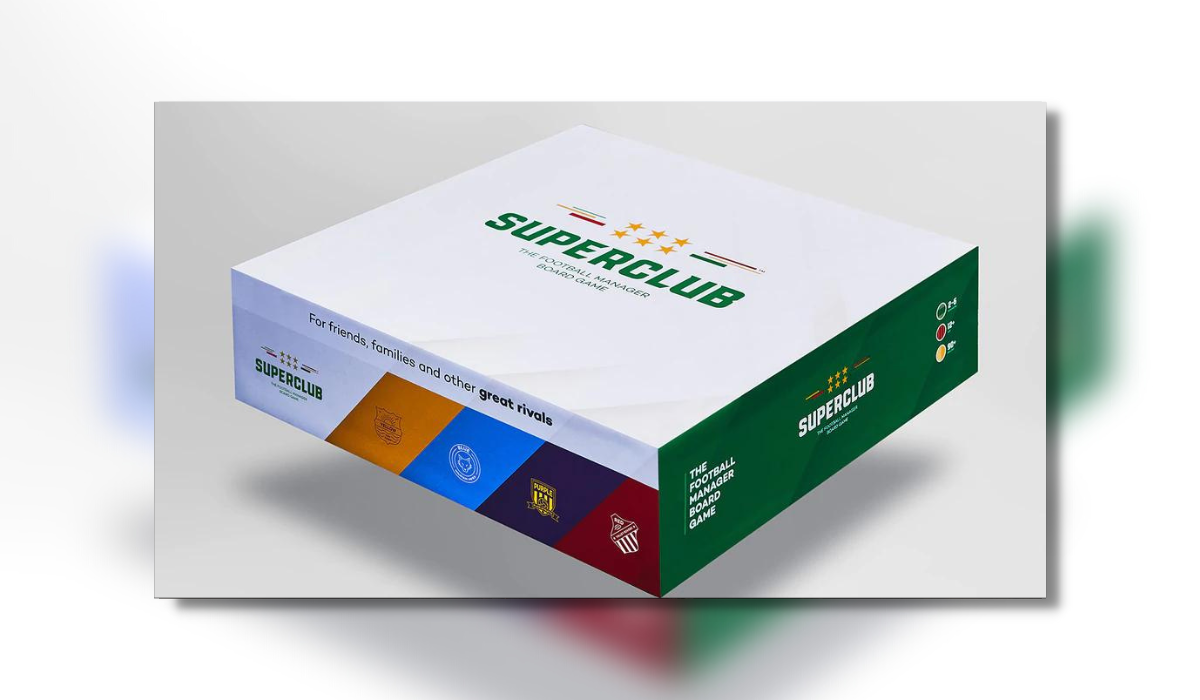 Superclub is a football management simulation board game published by Superclub themselves. Released in 2020 it’s a 2-4 player game that will test the greatest of friendships to see who is the best manager. This Superclub review is something a little new for us.

Superclub – Who Will Be The Special One?

Now it may just be me but I prefer a good old management football game. Much better than playing the latest FIFA anyway. Ever since I was a kid playing Championship Manager on the Commodore Amiga I’ve always loved the ins and out of running a football club. From tactics to scouting and buying players.

Superclub gives you all that drama and then some in the form of a tabletop board game. So let’s crack on with this Superclub review, shall we? If you enjoyed this review then why not check out my previous board game review here. You can also catch up with what the rest of the Thumb Culture team is up to on our social media.

The Start Of Something Special

Whenever people play a board game of this calibre it can feel a little overwhelming with all the rules and details you have to take in. But Superclub really holds your hand when it comes to explaining everything. Even if you manage to get stuck while playing the game. It has little reminders along the edge of the main board on what to do next. Which I think is a great touch.

What makes Superclub different from other football board games is the level of detail it goes into. Think of Football Manager on the PC but laid out on a table. Setup doesn’t take too long either so that’s a good start because nobody wants to set a game up to where it takes longer to prepare than actually play the game.

The first thing is pre-season where you get the chance to buy players, acquire staff, build upgrades and just generally dust away any cobwebs that you think your team has. Once this stage is over then it’s time for the start of the season. During the season your objective is to win the league (obviously) or to get promoted.

The season consists of many games, some against another player and others against a preset team where it all comes down to the roll and the dice. The better your team is and has more stars then the harder it will be to get the certain number you need on the dice to win the game. So even if you have way more stars than another team in the league it all comes down to the RNG of the dice. Giving the underdogs a chance to beat you.

It’s Not Always Easy At The Top

To ultimately win the game then you have to either win three league cups in a row to enter the Supercup Final and play a game against the best teams in the game or the first player to 100 points win. The longevity of each season can depend on how many players there are. The more players then the longer the seasons. So a playthrough can last anywhere from 45 minutes to about 3 hours. It all depends on you.

The designs and layout are simple and straightforward but that adds a certain charm to it. Nobody wants to play a tabletop board game, especially a football simulation game and there are bits and pieces scattered all over the place. Do love that at the bottom of the board it tells you exactly what you need to do for the season so you’ll never get lost on what to do next. Saves ample time looking at the rule book all the time.

The fact that this is a first-time published game by the creators blows my mind. It is executed perfectly. You would expect there to be some flaws in there and while it isn’t absolutely perfect. The game is just tons of fun. With the popularity of the game spreading in a recent couple of years. There are now expansion packs that you can get. Which enhances the experience and adds more in-depth decisions.

My final thought on Superclub is whether you play with 2 players or 4 players. You will always get a first-time experience like something you’ve never had before. It never is just one more game. With Superclub it’s always just one more season. So grab some friends, get suited and booted, and see who is the best of the best.

I am more than happy to give Superclub the Thumb Culture Platinum Award.