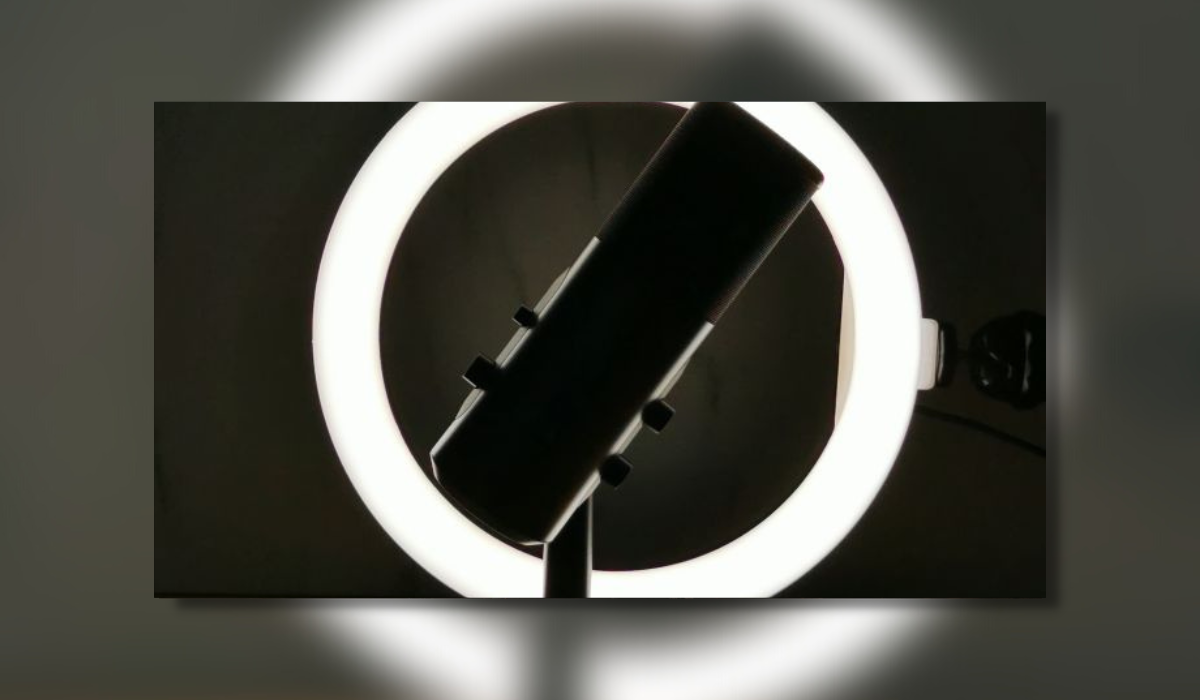 EPOS have recently released a veritable bounty in terms of headsets and other audio gizmos, this review however, concentrates on the stunning EPOS B20 Steaming Microphone. Read on to find out more.

If you like this hardware review, why not check out the rest of them here. Why not come and join the conversation over on our social media.

When I first took the B20 out the box I was immediately impressed with how it looked. With its cold aluminium shell, it definitely has a premium feel to it. Oozing studio quality looks wouldn’t be enough for the EPOS B20, oh no… Its performance is equal to its looks. More on that later.

With 3 radio knobs, each with their own job. From changing the gain to changing the pickup pattern, and one mute button on the microphone. There is plenty of on hand customisation, pair the B20 with the EPOS Gaming Suite software and the possibilities are endless.

Flipping the microphone upside down reveals its underbelly, as well as a USB C port and a 3.5mm headphone port for real-time monitoring and you can also head your game sounds that way also.

In the box it comes with a desk stand for sitting pride of place in front of you, however if you chose to, you can also mount this on a mic-arm and it fits quite nicely. With a rotating arm on the B20 it allows for a multitude of positions to get your voice picked up just right.

The EPOS B20 is compatible with PC’s and Laptops, but also with a Mac computer as well as either a PS4 or a PS5. Using this microphone on a console will give a considerably better voice sound to all those in your chat party. However connecting it this way, you don’t have any of the customisation available to you from within the EPOS Gaming Suite.

Being plug and play though is a great addition and I have to admit that straight out the box, plugged straight into your device, you are going to sound amazing!

Depending on your usage for the mic there are 4 pickup patterns that you can use, Cardioid, Omnidirectional, Stereo and Bidirectional. Personally unless you are using this as a single microphone for a podcast or interview purposes I expect that you will just use the Cardioid pattern.

So in reality how does the EPOS B20 Streaming Microphone actually perform? Well in all honesty it’s great. I have quite a standard tone to my voice, I wouldn’t say that its on the high or the low side. The EPOS B20 accurately reflected that whilst playing games. Even with those in my discord chat party commenting on how clear sounding the microphone was. I’m sure I could of made myself sound more Barry White than Barry Goldberg if I had a play around in the gaming suite software, but when it comes out the box performing as it did, there really is no need.

The microphone was great at filtering out any background noise, and even the pops of the P’s and B’s were minimised. Having clear audio definitely makes all recordings and streaming sessions more of a joy to listen to. Even listening back it sounds clear and precise.

Overall, EPOS have brought a fantastic microphone with the B20. Its price point isn’t what I would consider to be over the top, coming in at around £130 depending where you look. This is along the same kind of pricing as the HyperX Quadcast, or the Razer Seiren Pro.

Bring in the sleek design that wouldn’t look out of place on anyone’s setup, and with the performance to match I really cant justify giving the B20 anything less than the Thumb Culture Platinum Award!