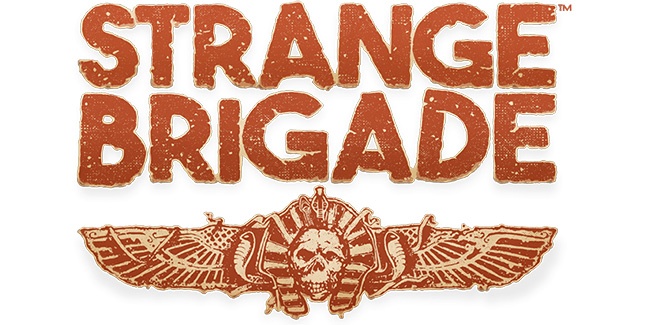 I was first introduced to Strange Brigade back at EGX in September 2017 and it immediately went straight into my “most anticipated game that didn’t have a release date yet” list. Now fast forward almost a year and here I am, finally getting my hands on the latest game by Rebellion Developments.

Was waiting that long time well spent? or does Strange Brigade let itself down? Lets dive in and find out!

Set in Ancient Egypt in the 1930’s you are a member of the Strange Brigade, a group that spends its time fighting evil, and in this case Seteki the Witch Queen has risen after being locked in a nameless tomb for 4000 years.

Channelling your inner Indiana Jones, you explore ancient ruins, solving puzzles and finding secret traps as well as collecting relics from all across Egyptian history.

So to start you have to select your character, the four characters available at release are Professor Archimedes de Quincey, an archaeologist and scholar. Nalangu Rushida, A female Maasai warrior from Kenya, originally part of a witch-warrior cult, her duty was to protect her people from demons and creatures of the night. Frank Fairburne, a marksman who has been involved in conflicts all over the globe. Finally and quite possibly the most entertaining character you can take control of, Gracie Braithwaite, raised in Lancashire, her quite often brazen comments make her an instant favourite.

Each character starts off with their own specific load out, but they are able to be customised to your own particular game style. Starting off with a machine gun allows you to lay into crowds and cut them down. The weapons are not real life weapons, but they are obviously based on real life counterparts, for example the brilliant Lee Ensham rifle, this is obviously based on the Lee Enfield series of rifles. So anyone that has played any World War 2 game will instantly recognise the weapons that each member of the Strange Brigade can take hold of.

Each member also has access to certain amulets that grant them special powers, with four for each character you can unlock new amulets using skill points, more on the skill points later. These special powers range from being able to turn into a berzerker and punch your way through crowds, to turning bad guys into chickens. Once again these will all depend on your particular play style.

This is something that makes Strange Brigade such an amazing game to play, you have to explore, find collectables throughout levels, from relics to little cats that pop up through the levels. The relics that you collect are all part of particular sets, and with each set comes a new skill point, so it pays to explore the levels as thoroughly as you can.

There are a multitude of traps that you have to get past, and secret doors that you can find just to try and get all the goodies that are saved around the levels. Then you can bring on the puzzles, these doors are usually hiding a relic behind them, so spend the time to see what the answer to the puzzle could be. It could be finding a set of symbols on a wall in the nearby area and then shooting the symbols in sequence. Then you have the snake trap where you essentially have to connect the tail to the head to complete. There are more puzzles the further you get into the 9 levels of the game, but without spoiling them, they all involve finding symbols.

The enemies on the game are fantastic, you are generally fighting mummies and then later in the game skeletons, but they come in many varieties. From fire breathing mummies to traditional mummies that fire their bandages into the ground to tunnel towards you. You have to handle a few insects now and again in Strange Brigade, and the worse of them are the scorpions, they are horrendous, just aim for the stinger.

The further you get into the game you start to come up against bigger and harder enemies, however nothing is too difficult if you just take a minute to learn the patterns. However, if you get stuck in a corner you are in for a world of hurt. Even with a roll button, it doesn’t get you out of each situation, so hopefully you will have a health potion in your possession and with a quick press on the d-pad you can get back to full health. Thankfully your health bar is a great thing, you can lose all your health and then you have a smaller period of bar at the bottom that is essentially your final health. This can get depleted, but it regenerates after a period of time. However if you do get hit for the final time, all is not lost, dotted around the levels are loads and loads of sarcophagus’s where you get locked in. You then have two options, get your Strange Brigade team mate to come and let you out, or use a spare health potion to get yourself out.

Probably the best thing about the game is the fact that you can play all through Strange Brigade with your friends, in full 2-4 player co-op. Dipping in and out as you wish, or play through the whole thing with a friend, taking on more and more enemies.

There is also a Horde mode that features in the game, which allows you to take on waves and waves of enemies, growing increasingly more difficult the further into the waves and rounds you get.

After you finish a level in the campaign you then unlock the Skill Attack mode, where you are able to hit some high scores by taking down enemies and getting through the levels.

Strange Brigade has some amazing scenery throughout the game, from luscious greens to dark caverns. Everything just looks amazing. With the addition of HDR it looks amazing on a compatible TV.

Textures on the game are quite possibly some of the best that I have seen, getting up close to a wall you can see the light bouncing off in different directions and the different materials that are used.

Character models are brilliant and the mummies are truly horrifying, the great thing is whenever you are greeted with a new enemy to take on, you get a short little sequence showing off what they are capable of. Then they come and try to rip your face off…friendly.

Throughout the game you are kept company by the narrator, who is fantastic. So comical and always has something to say. My favourite line is when he called a group of mummies “bumders”

The voice acting on the characters is great, always giving plenty of entertaining one liners throughout the game.

Gun and environmental sounds are spot on as well, each gun has a certain grittiness to them that never lets you forget that you are playing a game based in the 1930’s, the thuds of the bullets as they hit the mummies is satisfying as well.

With the game spanning around 10-13 hours depending on how thorough you are exploring the levels there is plenty of time to be spent playing Strange Brigade. Not to mention the fact that you can play the game with friends allowing a multitude of combinations of characters to play through. Then with the horde mode you could potentially spend tonnes of hours playing through the multitude of waves. Will it keep you going for the next 12 months? I’m not so sure.

With new characters coming for the game and DLC levels coming, Rebellion have tried to give content for everyone, but only time will tell if it keeps people coming back to the game even after they have finished the main campaign.

So with its Indiana Jones style exploration and traps, as well as it’s co-op elements you can rest assured the Strange Brigade will have something for everyone.

2 thoughts on “Strange Brigade Review – Taking on the Zomb…Mummies”