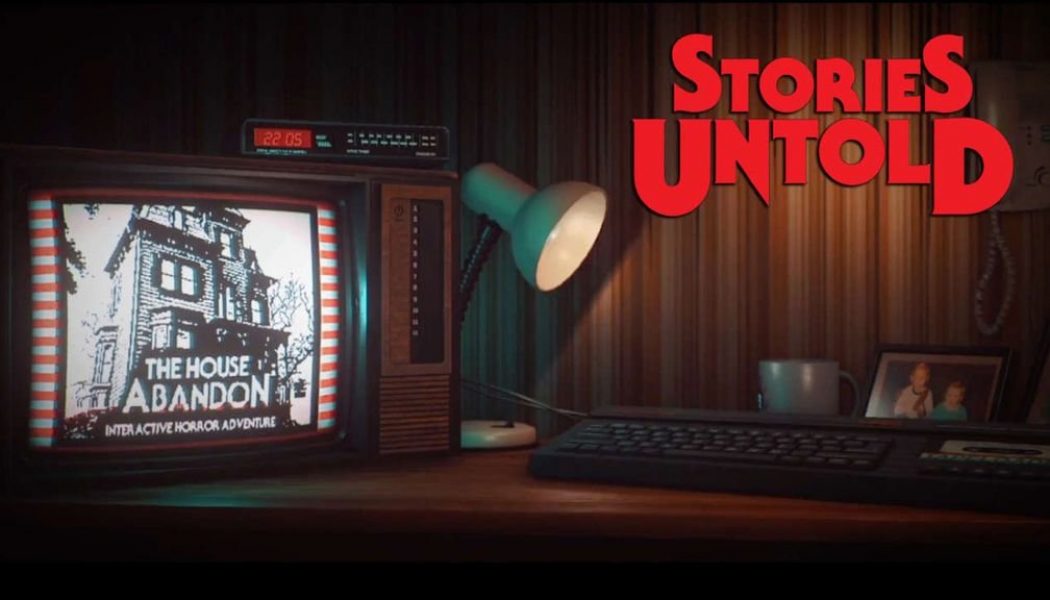 Stories Untold is a creepy collection of interconnected short stories that will have you gripped from beginning to end. The spine chilling text adventure, which is smothered in 80s nostalgia, will leave you in awe, pondering what you just experienced.

The game has four distinct episodes that all have unique gameplay mechanic. The first, House Abandon, is text adventure. You are seated at a desk in front of a Spectrum-esque computer and a CRT monitor. The game starts innocently but soon, it takes a dark turn. It was during this episode that I realised the pure brilliance and innovation of the developers No Code. The atmosphere that they create during the episode is astounding and that is due to the fantastic writing and sound design.

After finishing the first episode, I could not wait to start the second, The Lab Conduct, however would the formula start to get tiresome?

I am glad to report that this is not the case as the next episode changes the gameplay loop. The episode starts with a mysterious voice guiding you through scientific experiments. At first these seem like mundane tasks but gradually something begins to feel wrong… You slowly begin to question your actions and its parts like this that Untold Stories really nails. The tension begins to rise and all of a sudden these experiments become mentally difficult to perform leaving you feeling uneasy.

The third episode is The Station Process, which again alters from the previous episodes. Here the feeling of isolation is all consuming. You are trapped in a portacabin, receiving transmissions and deciphering codes through radio communications. I found this episode the most difficult as you are required to use a film-based file in order to locate information which can then include additional elements that alters the code.

The final episode is The Last Session and I am not going to say a thing about this episode. I have purposely been vague about the narrative elements of this game as this is the key selling point. The pacing of the narrative is measured perfectly and due to this, you experience some of the best storytelling in the medium.

Graphically the game does exactly what it needs to do. The environments are believable and the monitors, cassette recorders and scientific equipment all feel genuine. It’s not a graphical powerhouse, but it doesn’t need to be. The game plays perfectly on the Switch and is perfect in handheld mode.

Focusing on the sound, the audio design is incredible and this helps to enhance the story beats throughout the game. The items you interact with all sound authentic, and as a result of this you are immersed in the game world. The 80s synthwave firmly anchors the game into a time-frame which will appeal to older gamers who experienced gaming in that time period. However, the 80s horror scene has had a recent revival which is evident with the success of IT and Stranger Things, as a result of this, the game may appeal to broader audience as this game is definitely influenced by cinema of that time period.

At 3 hours, the game is a little on the short side but don’t let that put you off. The experience will stick with you for much longer than the games length. I also feel like the games length is perfect for the story it is telling. It doesn’t out stay its welcome and as a result the game left me wanting more.

Stories Untold is an amazing albeit short experience that will absorb you into its world through its subtle and unique storytelling. Although this may not be a game for everyone, those who have a love for 80s Horror and traditional adventure games will love it. No Code have truly put themselves to the forefront of narrative based games with Stories Untold and due to this I award the game a Thumb Culture Gold Award!