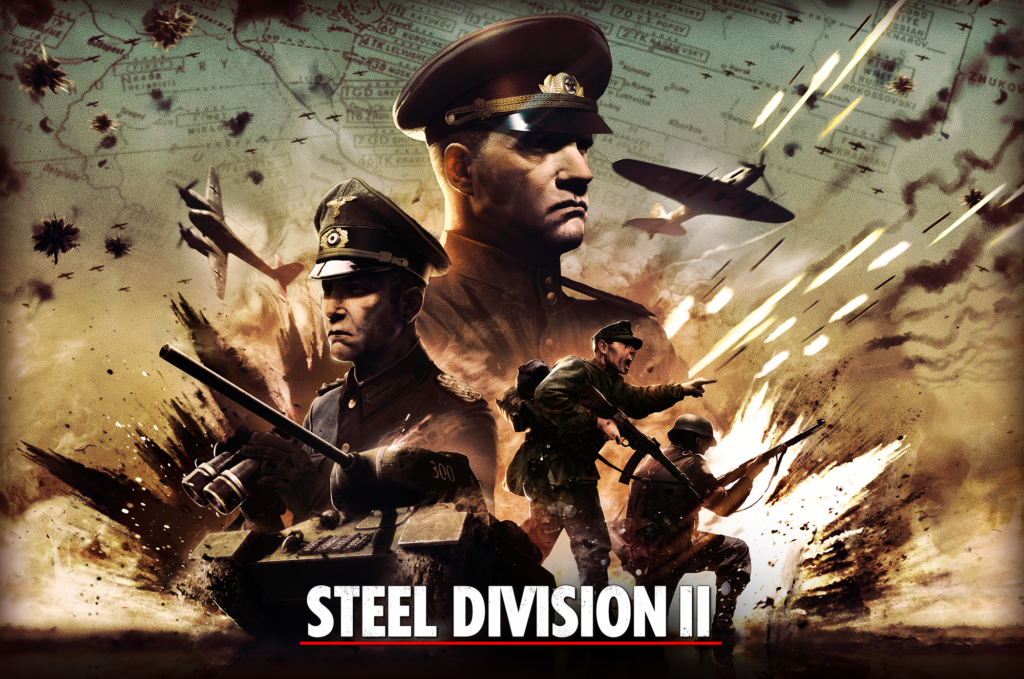 Over the past few weeks, I’ve had the opportunity to play some of Eugen Systems new World War II Real-time strategy game Steel Division 2. Having played the first Steel Division, I was thoroughly excited to give the sequel a proper try. This time around, the RTS action takes place on the eastern front, instead of Normandie. Steel Division 2 will be the first game from Eugen Systems to be independently published. I was a bit worried Steel Division wouldn’t get a sequel due to almost half of the development team going on strike over unpaid wages in early 2018.

Steel Division 2 was initially slated to be released on Steam on April 4th but was delayed to May 2nd. It has now been delayed again until June 20th so that the dev team could take player feedback and make changes to the game where they needed to be. I can appreciate when a game gets delayed so that it comes out in the best shape it can. Without further delay let’s get down to the nitty-gritty and see what’s what with Steel Division 2.

Steel Division 2 is a real-time strategy game set on the eastern front during Operation Bagration in World War 2. The gameplay in Steel Division 2 is unlike any other real-time strategy I’ve played. You can choose from 600 historically accurate units from either the Red Army or the Axis Powers to create a battlegroup for use in battle. Only the units you put in your battlegroup are deployable during a match and have limited numbers, so strategic deployment is a significant factor in securing victory.

At the beginning of a game you have a set number of resources with which to deploy starting units, and you gain income passively to deploy more units as time elapses. Once all players have placed their starting units and issued first orders, they can ready up to get the match in motion. The whole purpose is to push the front line back and control more hardpoints than the opposing team. Steel Division 2 features twenty-five maps, scaled 1:1 up to a size of 150×100 KM.

Eugen Systems has kicked it up a notch using an updated version of the Iriszoom Engine, making significant improvements over the first game. Among these changes are improved combat mechanics, and a new art style. One of the most exciting parts of Steel Division 2 is how much camera freedom you have. You can zoom far enough out to get an overview of the entire battlefield at once and zoom in to see the details on a single unit fighting in a village.

Steel Division 2 is set to have single-player, multiplayer and cooperative game modes. Among the single-player modes are campaigns and skirmishes. Multiplayer allows 20 players to face off ten versus ten battle for control of the map. A new cooperative game type has been added to Steel Division 2 called Breakthrough. In Breakthrough the defending team controls 75% of the map and can place defensive structures like barbed wire, bunkers, gun pits and trenches, and the attackers have to break through.

Steel Division 2 runs incredibly smoothly at 1080p holding 60fps the entire time I played. It’s a treat for the eyes to zoom in on a village to see tanks suppressing a group of infantry, while a tank gun rolls up to fire on the tank. The level of detail when you zoom in is staggering. You wouldn’t expect to be able to zoom in as far as you can, so I was blown away the first time I watched a tank battle unfold. I haven’t noticed any graphical issues or bugs. The only thing that isn’t great looking when you zoom in is the infantry, as they tend to look a little blocky. Vehicles on the other hand, still look very good.

The sound design in Steel Division 2 is well done. When you’re scanning the battlefield from high up, you can hear klaxons ringing signalling aerial attacks from bombers or the thunder of artillery raining down. Zoom in a little closer, and you’ll begin to listen to the screech of tank tracks tearing across the dirt. A hail of machine gun bullets and shouting infantrymen fill the villages dotted all over the map. I feel as though Steel Division 2 does a great job capturing the sounds of the battlefield. The music, on the other hand, is relatively generic, the stuff you’d hear in any war movie or game. To me, there’s not a thing wrong with that. I prefer the focus to be more on the battlefield sounds than anything anyway.

I can see Steel Division 2 having an excellent lifespan in the competitive strategy game arena. I know it will be my strategy game of choice when it launches in June. The number of hours of gameplay one could get from Steel Division 2 is dependent entirely on the enjoyment you might receive from commanding squadrons of troops into battle.

If you’re not much of a fan of the real-time strategy genre, then maybe steer clear. Steel Division 2 feels like it has been designed for players with a near hardcore interest in strategy games. If you fancy yourself more of a hardcore strategy nut or even someone who is particularly fond of World War 2 games, then I would definitely recommend picking it up. At $39.99USD on Steam it’s a damn fine game to sink some time into learning to play.

Disclaimer: A key was provided to complete this preview