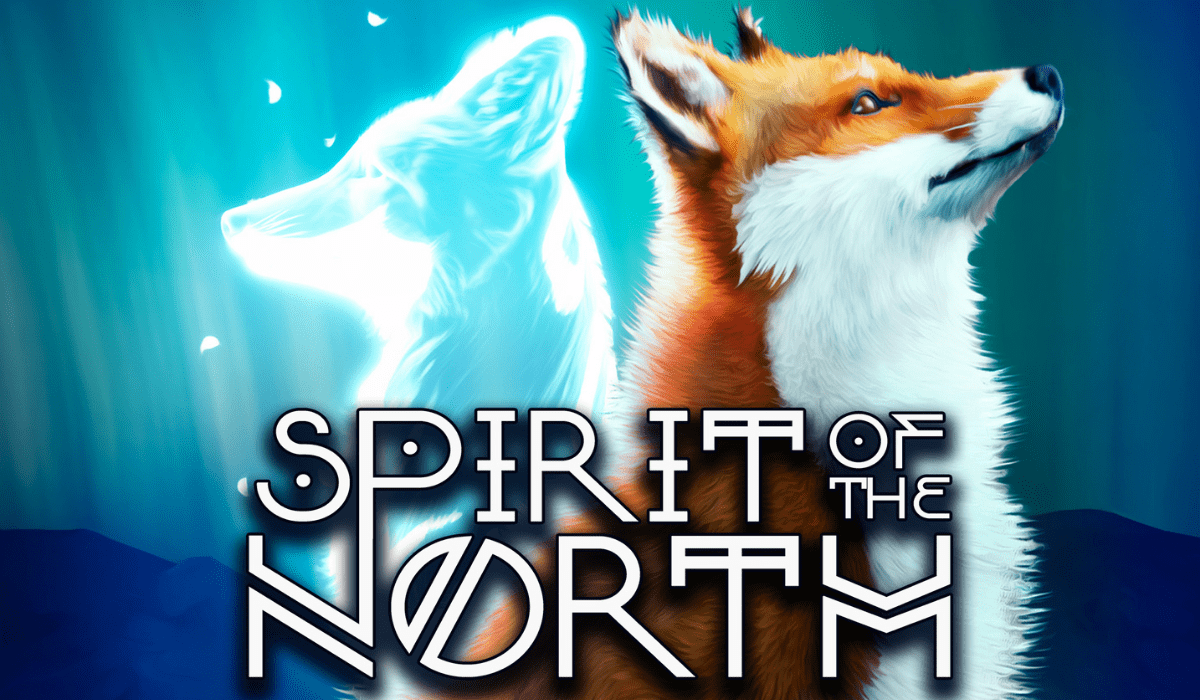 Spirit of the North Enhanced Edition on PS5 was developed by indie team Infuse Studio and published by Merge Games in November 2020. It was previously released on PS4 in February 2019 and later on Switch and Steam in May 2020. This Enhanced Edition boasts 4k 60fps gameplay and updated textures, lighting and objects. There are also 3 new skins, 2 of those are exclusive to PS5.

Spirit of the North was created by Taylor Christensen and Jacob Sutton who both specialise in art rather than programming. They’ve done a tremendous job at using this as a strength, rather than a weakness; leaning into visual design being a core element of the game.

Spirit of the North Enhanced Edition PS5 Review – Who Let The Fox Out?

This is a game almost devoid of hand-holding and relies on the player to pay attention to figure out the story and how to progress. Do you prefer games like this or do you prefer to have instructions and tutorials? Let us know in the comments. 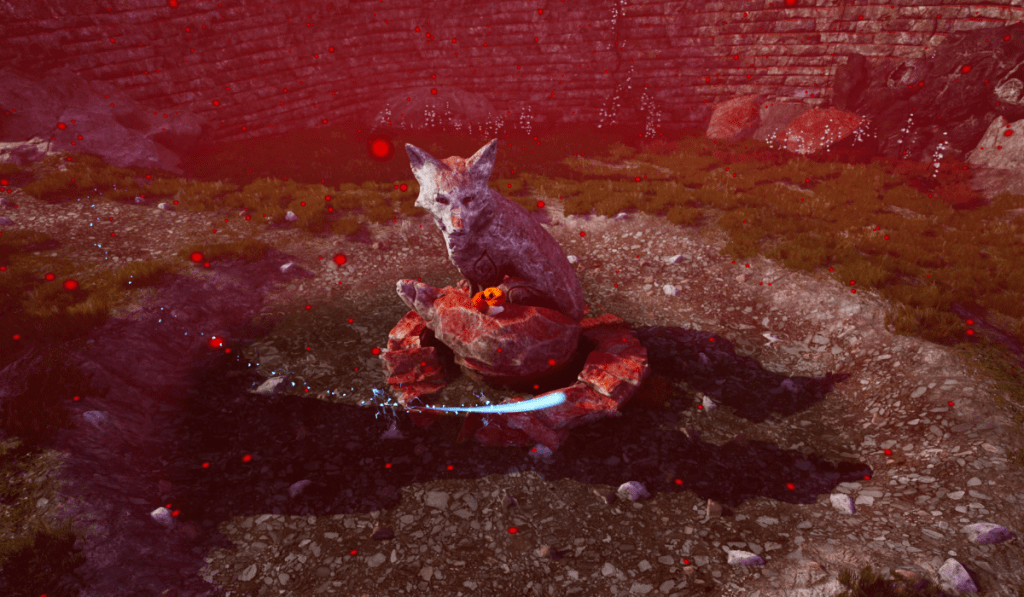 Spirit of the North Enhanced Edition is a laid back, 3rd person adventure puzzle game. In it, you take control of a fox who’s journey becomes intertwined with that of the Spirit of the Northern Lights. Together, you will travel across the beautiful scenery of Iceland to figure out what happened to its inhabitants and how to put things right.

The game has been designed in such a way that narration, speech and text are not included. Instead, it is up to the player to take in their surroundings and piece together visual information to progress. The story is told through tablets found throughout the world. Hints to your destination are signalled visually either in the sky or by your spirit companion.

You’ll start off with just basic movement and earn abilities as you progress. Using these abilities requires you to be infused with Pure Ancient Energy from Spirit Blooms. Spirit Blooms are blue flowers that you’ll find all around the landscapes you explore. I found that the movement could be a little clunky at times. You will find some of the platforming to be less friendly than you’d like. This is, however, forgivable given the size of the team that worked on the game and the overall quality presented. 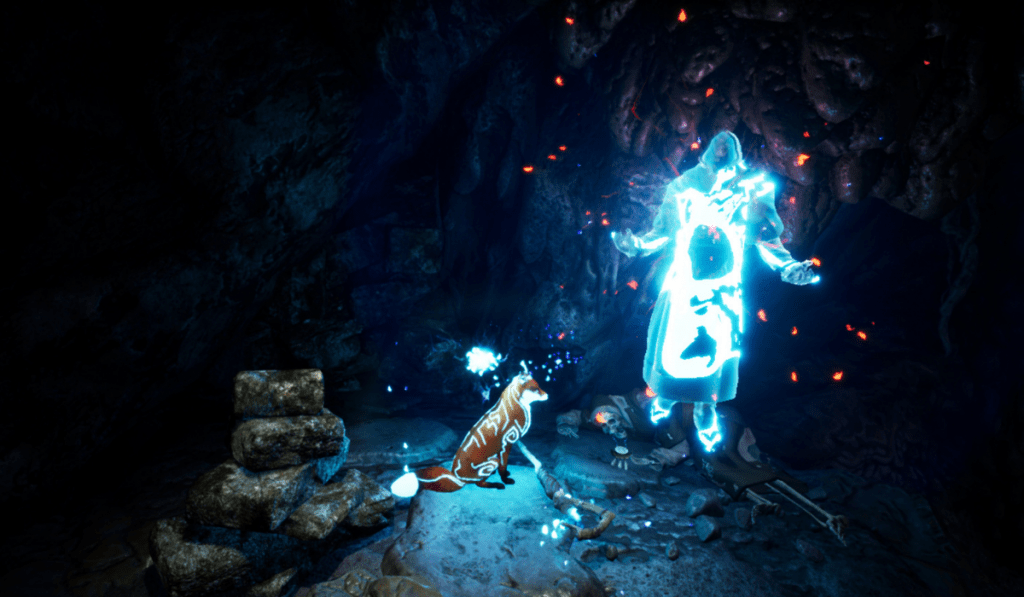 Shaman Spirits are the only collectable you’ll need to worry about, though missing them will not impact your ability to complete the game. In total there are 28 Shaman to find and they are almost always ticked off your list in order. However, one spirit in chapter 4 was out of sequence and had me searching around for what seemed like forever. Bear this in mind if you’re attempting 100% as I spent a while on what was essentially a wild goose chase.

The other main puzzle-solving mechanic comes in the form of stone pillars with rotating segments. You need to have been paying attention to the story tablets to be able to match the symbols. Aside from this rotating puzzle, there are some platforming challenges and some puzzles involving pressure plates. 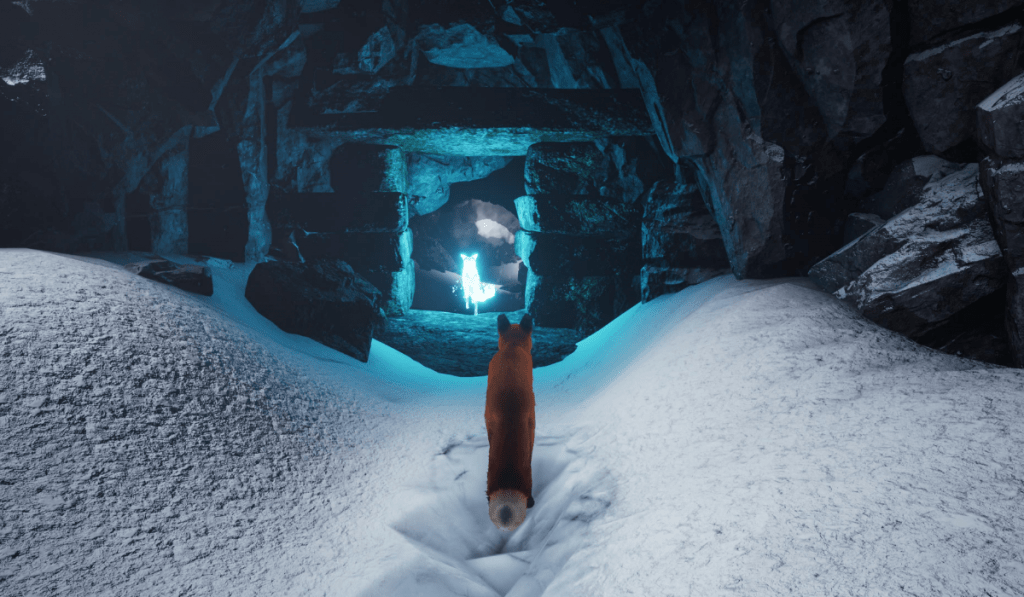 There are no specific options in the game for accessibility. With the visual elements of Spirit of the North Enhanced Edition taking on such a large role I would like to have seen some colour-blind options included. I reached out to the developers regarding this and they said while there are no immediate plans to add the support they do want to make the game more accessible. They also said they would like to hear of any experience from colour-blind players as it would better inform them for future projects. Stu recently wrote a great article on colour-blindness in gaming.

I played Spirit of the North Enhanced Edition on an OLED TV. Having seen my screenshots on other screens now, I can honestly say that they don’t do it justice.

Early on in the game, I felt like I wasn’t going to enjoy the visual style. This was due to it feeling somewhere between stylised and realistic without committing either way. However, by Chapter 3 they had really grown on me. The colours, once you complete the first couple of areas, really begin to pop. There were numerous occasions where I would just stroll around an area to take in the surroundings for a few minutes before progressing with my objective. 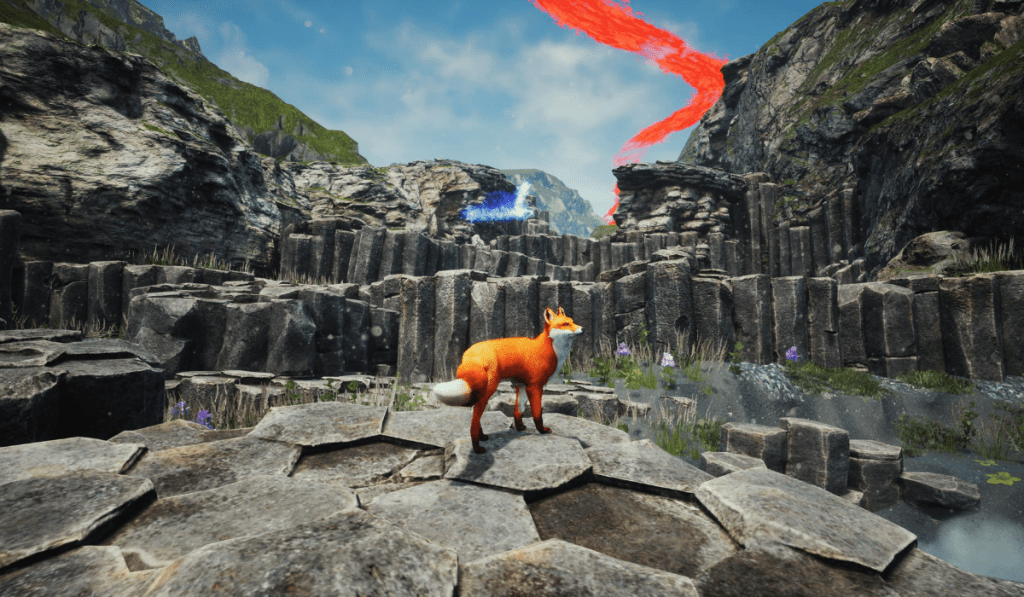 Photo mode allows you to pause gameplay to take artistic shots at any time by pressing the down arrow. You can pan, truck, dolly, tilt, zoom etc to get the shots just right. These controls are useful to scope out areas just out of reach, helping to find puzzle solutions hidden from regular view.

The soundtrack, composed by Joseph Gifford aka Ari J, is one of the highlights of playing Spirit of the North Enhanced Edition. The 14 pieces that comprise the OST do a great job of both blending into the background of gameplay while you are exploring but also accentuating beautiful moments; rising and falling as required. Gifford does a fantastic job of carrying a core sound throughout the entire game with his use of piano and string motifs. I will be replaying the soundtrack repeatedly.

I was able to complete everything the game had to offer in around 10 hours with minimal guide use. I could see myself coming back to Spirit of the North Enhanced Edition at some time in the future. It is such a relaxing experience. The lack of voices, reading and combat, paired with the stunning audiovisual experience make it a great game to sit down and relax with. As a result, it’s almost like a gaming equivalent of meditation.

Though the game as a whole may lack what you might call ‘AAA polish’, the audio and visual presentation make Spirit of the North Enhanced Edition worth playing. It’s capable of teleporting you away to a relaxing haven for a couple of hours. In 2020, isn’t that what we all need?

I award Spirit of the North Enhanced Edition a Thumb Culture Gold Award. 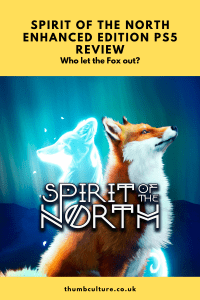