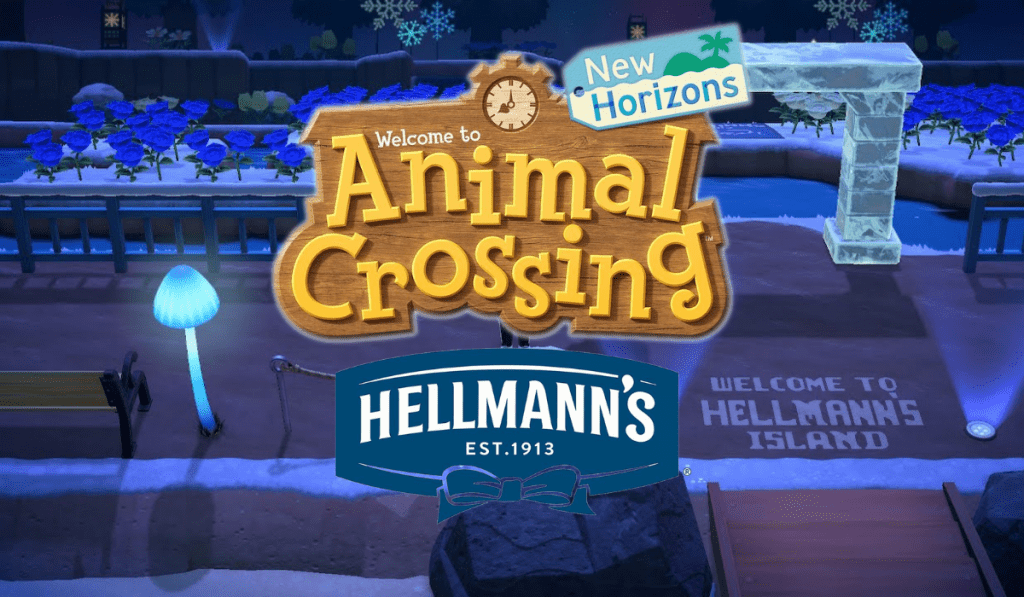 Hellmann’s invited us to take a preview of their new charitable island on Animal Crossing: New Horizons. With this new island, Hellmann’s are trying to help spread the word about reducing food waste, as well as for each turnip dropped off at their island, Hellmann’s will then donate two meals to the FareShare charity.

Wishing You A Mayo Christmas In Animal Crossing: New Horizons!

Let’s have a look at what we saw, don’t worry, we will leave some surprises.

Upon landing on the island, we were greeted by a tour guide, who then took us for a walk around to show us what Hellmann’s had to offer.

One of the first stops we came to was the donation area for turnips, this is where you can place your turnips if you wish to help with donations to the FareShare charity.

The guide then introduced us to the Hellmann’s farm where they make their mayonnaise. The farm contains a vegetable patch, egg storage and vinegar barrels. Pretty creative.

Further around the island, we were brought to the Christmas tree lot, very festive.

The tour guide then took us to their house, we will show you a picture of the outside but will not spoil what inside looks like. You can find that out for yourselves.

The tour guide took us to a few other locations. I will only say one and will let you all find out for yourselves what else the Hellmanns island holds.

After the house, we were taken to the ice rink for a little skate around. After these locations, we were lead to the exit where a nice little message on a post awaits you.

This is an excellent idea from Hellmann’s. This isn’t the first time they’ve done this as Hellmann’s had an island in August and October of this year. Both of these were also to help raise food waste awareness. This really does show how creative people can be in Animal Crossing: New Horizons.

Happy Holidays from myself and the rest of the Thumb Culture team. 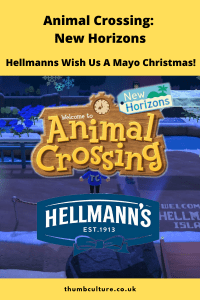 One thought on “Animal Crossing New Horizons: Hellmanns Wish Us A Mayo Christmas!”