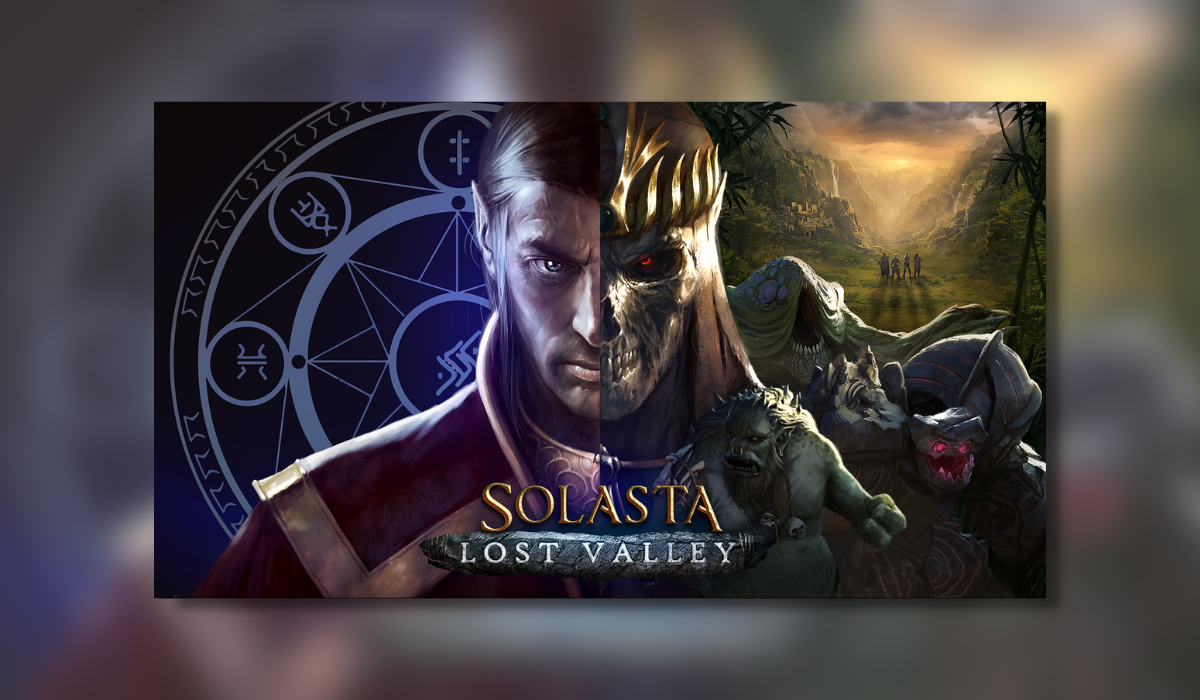 Solasta Lost Valley is a brand new non-linear campaign and the second Solasta expansion after Primal Calling. And comes from the indie developer and publisher Tactical Adventures. Like Crown of the magister, Lost Valley is an isometric turn-based RPG. However, this is a brand new campaign set in the world of Solasta. The titular valley is a long-forgotten region ripe with opportunity but not everyone may feel very welcoming. I enjoyed getting a sneak peek with some of the Tactical Adventures team and have put some of my first thoughts here.

Solasta Lost Valley is available now on Steam as well as Xbox Game Pass on PC.

The party who went up a mountain and stumbled into the Lost Valley!

I enjoyed my time playing Solasta Lost Valley and hopefully, you do too. I and the TC team would love what you are excited about or think so far in the comments below.

Solasta Lost Valley begins with the adventuring party winding up being trapped in a mountain cavern. In seeking a way out they stumble upon the long-forgotten valley under Dominion rule. The region is under the command of the tyrannical high-elf Orenetis and none of the development has happened here compared to the rest of Solasta. Orenetis is the head of the Dominion and the party’s arrival upsets the balance of the valley which could easily be a good or bad thing. With no easy way to leave, the party have to work with some of the various groups & factions in the valley to find a way back home. In the meantime, it is a good chance to explore the valley’s various vibrant locations.

Lost Valley follows the same gameplay mechanics as Crown of the Magister and is very faithful to 5th edition D&D. After speaking to the developers they did explain the one exception was original content made by Wizards of the Coast e.g. character classes and monsters like mind flayers & beholders. I found that the game looks and feels like how I imagine a D&D campaign would play out. From turn-based combat and movement, even managing inventory & items, it all felt like a TTRPG. I did find movement and camera angles, especially in combat a little awkward but not enough to affect the experience. When it came to action economy in a character’s turn in combat as well as levelling up and role-play decisions, it felt as significant as playing in a tabletop RPG.

While some things are the same, Tactical Adventures have brought new content to Solasta alongside the DLC. Like the Primal Calling expansion, there are new character class choices (each class getting a new subclass) as well as brand new monsters to go with the setting. While speaking to the developers there was a glint of hope of seeing the warlock and bard class in Solasta’s future. Enemies faced in combat ranging from gorillas to giants help Lost Valley feel fresh during the numerous fights you will be a part of. The long-forgotten valley means there is plenty to explore in this area untouched by time.

I found the campaign to be much more open than Crown of the Magister which made it ideal to bring in the online co-op multiplayer. Being able to talk and play together made it feel like playing an RPG around a table which I have no doubt is what was intended. From combat to cutscenes and everything in between, deciding as a group was vastly more fun than single-player and so I recommend playing co-op if possible. I had a lot of fun both solo and with others in the dungeon marker too. I feel I just scratched the surface here but the creative options added such as objectives and treasure were very engaging.

I played Solasta Lost Valley with high settings which I recommend to get the best experience of the game. The environment was very well designed from textures to the day-night cycle & associated changes. I felt this worked well as you go from different locations e.g. inside caverns to the elven castle. Lost Valley ran overall smoothly but I still found the character design put into action a bit lacking. Facial hair especially on dwarves looks like a fake beard and the characters felt wooden and unemotive during cut scenes.

While I may have had issues with the visual design, the audio was excellent. It matched the mood and atmosphere of the situation which I appreciated. Environmental sounds were abundant in the game. For example, interacting with objects, and animals nearby e.g. birds all improved the experience. Sounds in combat also raise the stakes. Such as monster roars, reacting to being hurt and more kept combat engaging. The voice acting was a bit by the numbers but did well enough to have the characters feel distinct, especially our main villain.

I had a great time playing Solasta Lost Valley perhaps even more than Crown of the Magister. Being very much open-world there are lots available to do from the main campaign to simply exploring. The new subclasses add to the variety of the game and so more freedom with player characters. I have only experienced it a little but the inclusion of co-op will easily add many hours to the game. And if you want to take a break from the story campaigns the dungeon maker spells plenty of time spent there too. Both the campaign and dungeon maker offers a lot of replayability both solo and with friends.

I really enjoyed my time with Solasta Lost Valley as a big fan of RPGs it did really well. The development of lore and worldbuilding of Solasta was excellent, giving some context to the Crown of the Magister campaign. I had a lot of fun with the combat and exploration as well as the new content, everything from monsters to multiplayer. The online co-op and expansion of the dungeon maker reminded me of actually playing D&D which was great. I did feel the character visual design was a little lacking but the environments both visually and audibly were great which made exploring a treat. All the new content makes an already packed game feel more varied and adds many more hours of content.

I am definitely looking forward to playing more Solasta and seeing what the Tactical Adventures team bring out next! If you enjoyed this review then why not check out my Crown of the Magister review right here.

I am pleased to give Solasta Lost Valley the Thumb Culture gold thumbs up award.