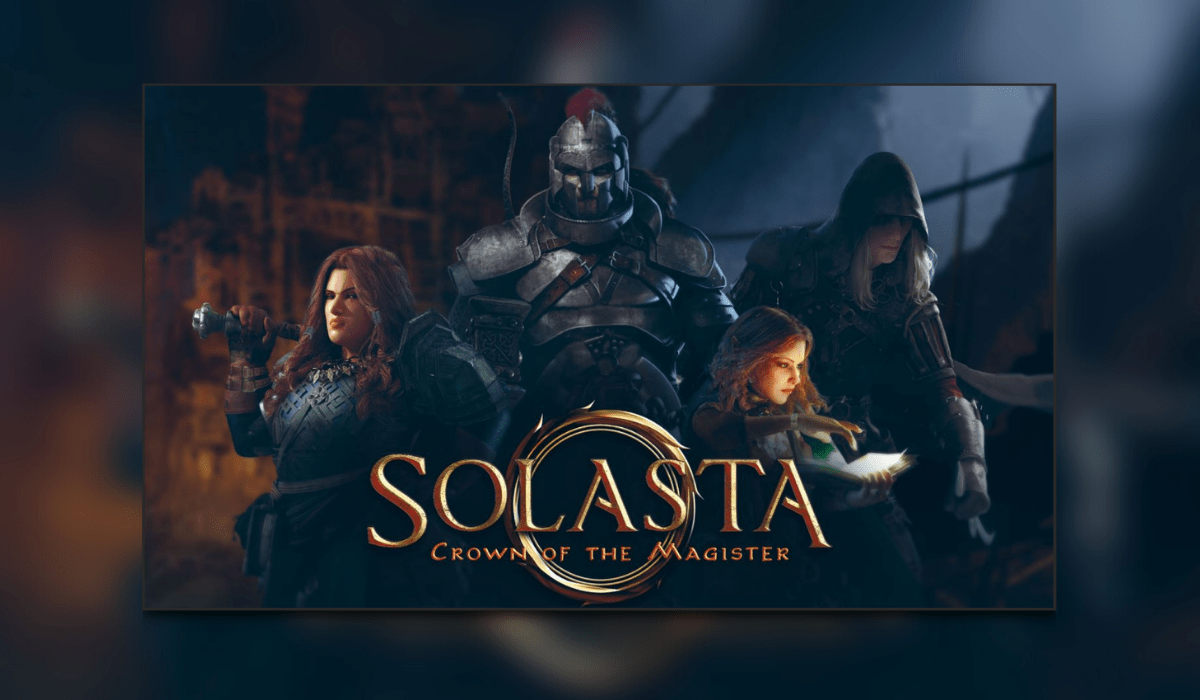 In the debut game from indie developer and publisher Tactical Adventures comes Solasta Crown of the Magister. As a fan of tabletop and video game RPGs, Solasta definitely caught my eye. So much so that I also wrote the Thumb Culture preview which you can find here. A single-player turned based isometric RPG set in the world of Solasta. The game takes place in a fantasy world following a devastating magical cataclysm from which it has not fully recovered. Solasta Crown of the Magister is available now on Steam and GOG.

The Kickstarter campaign was incredibly successful and made the game possible. A tactical RPG combined with 5th edition Dungeons & Dragons, Solasta measures up against similar games such as Baldur’s Gate 3. In addition to that, I appreciated Solasta takes the rules of 5e mechanics and makes them work for a video game. This includes some homebrew options and rules which makes playing go more smoothly.

I was especially excited to play Solasta following my playing the preview and hopefully you are all keen to play too. Any thoughts about playing please leave a comment for me and all the Thumb Culture team.

Solasta begins approximately 100 years after the cataclysm and on the slow road to recovery. The game begins like many RPG campaigns do, in a tavern. After what is expected to be a straightforward task, the party meets and ends up complicated due to the titular crown. The group learn an ancient enemy thought to be a myth or boogie man at that point has returned. This puts the 4 player characters at the heart of what is happening and gradually becoming heroes. I played with the pre-generated characters and their personalities & motivations in the world meant I connected with them. And playing more, I quickly rooted for and became invested with the protagonists.

If you aren’t happy with the existing characters then Solasta lets you make your own. There isn’t a full roster of races and classes compared to the D&D 5th edition. But with a variety of character backgrounds and other features, there is a character for everyone. Of course, there are all the standard physical character creation options too but there’s one option I’d never seen before in a video game. You can choose he, she or they pronouns which was a simple but incredible step towards inclusivity of the non-binary community.

As for setting up your character’s skills and abilities, Solasta makes it relatively easy to do step by step. Again it is a faithful version of the current Dungeons & Dragons system, from everything from spells to skill checks. However, still at the mercy of the roll of the dice. This is shown in cut scenes and dialogue choices with the strengths of each party member. Using a PC’s charisma, intelligence and so on gives different routes to take, succeed or no. The cut scenes and dialogue options also allow the different personalities of the party to come out. The characters can come across as wooden and two dimensional fairly often. Overall, however, the world kept me invested in playing.

Solasta removed any worries I had regarding combat quite quickly. Rolling for the initiative/turn order and when going first feels earned. You play to your character skills & weaknesses as no character is good at everything or can use every weapon. I enjoyed the tactical aspect because it kept me on my toes during combat but I also felt each character brought something different to the table. Certain fights were a piece of cake, some were agonisingly hard but they felt satisfying after winning them. Solasta’s movement and camera angles felt difficult and awkward at times such as long-range attacks. I found it annoyingly easy for one party member to end up moving independently from the group. An example of this is after looking at the menus then selecting a destination point and for only one person moves there.

Currently in beta but I would like to mention the dungeon maker feature. Best described as D&D meets Super Mario Maker to challenge your party. It is a classic looking dungeon but you can choose the rooms and corridors. As well as that place large items such as statues and tombs then throw in monsters, traps and various other obstacles. I tried dungeon making a little and found it to be straightforward to use. As well as an interesting intermission from the main game.

I played Solasta on the ultra graphics settings but can go down to low and the experience shouldn’t be affected too much. You can also adjust textures, light and shadow quality to determine how the game looks and runs. The locations and environments looked excellent, from the royal palace to underground dungeons. The same cannot always be said for the characters, however. The character design sometimes was very poor. An example of this is the dwarf paladin whose beard looked made from carpet. And the beard would often glitch out and look separate from his face & head. Often the character would be out of sync with the dialogue and so cut scenes felt disjointed.

I enjoyed the score and soundtrack of Solasta whilst travelling, exploring, and during combat. The audio matched the mood and atmosphere of the situation which I appreciated. Environmental sounds were abundant in the game. Such as interacting with objects, animals nearby e.g. birds all improved the experience. Sounds in combat also raise the stakes. Such as monster roars, reacting to being hurt and more kept combat engaging.

I played for several hours and feel I am only just beginning Solasta and its story. I have experienced the first act or so there are lots still to go in the main story. Much like Dungeons and Dragons, I am keen to try other characters and classes. The character variety easily means multiple playthroughs would keep the game fresh and exciting. As the game opened up, multiple side quests became available giving even more to do.

I enjoyed my time playing Solasta and I am definitely going to continue. With rich lore & history to the world, you become invested in the story. Apart from some awkward camera controls and visual glitches, the game looks, sounds and plays great. I played the preview, so I knew but expected to spend many hours with your group of heroes. I look forward to seeing what comes next from Tactical Adventures. If that is more Solasta or a new property entirely, regardless I’ll be keen to play it. 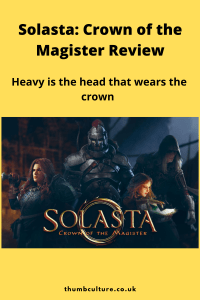