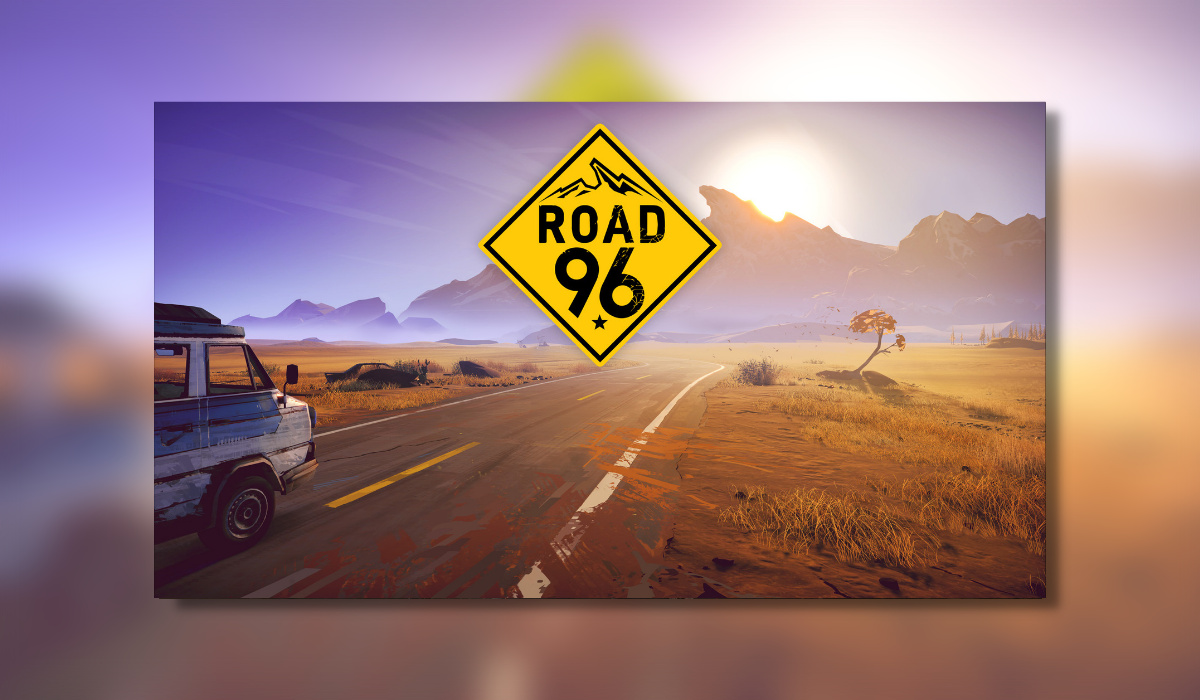 French developer and publisher DixiArt are the brains behind Road 96. Having previously released on PC and Nintendo Switch, it is now the turn of the Playstation and Xbox consoles.

Get Your Kicks On Road 96

Dixiart is a relatively small studio that has previously been released on both mobile and console. Lost in Harmony was the studio’s first title released in 2016 on Android/IOS, Windows and Nintendo Switch. 2018 saw the release of 11-11 Memories retold on PC, Playstation 4 and Xbox One.

It was the reveal of Road 96 at The Game Awards that brought massive interest Koch Media were in talks before Swedish based Embracer Group AB acquired DixiArt alongside several other studios in 2021.

I had previously posted the news about Road 96 coming to consoles and being interested in giving it a try. So understandably I jumped at the chance to review it.

Road 96 is a crazy adventure with a procedurally generated narrative on teenagers crossing the border of Petria. This takes place where there is a dictatorship ruled by tyranny. An election is taking place between President Tyrak and a campaigner named Florres. The teenage votes are what can bring about change should enough band together. Determined to stay in office is President Tyrak, using his position to capture families, (especially teenagers) looking to cross the board.

Along your journey, you will face several choices which at the time may seem insignificant. An example may be to vandalise a poster of either Tyrak or Florres. Doing this may influence other voters around you.

Your goal remains the same, cross the border by any means necessary. Along the way, you will come across a wide range of colourful characters, ranging from a psycho taxi driver to a boy genius.

The game is broken into 6 episodes, each one starting from a separate location with a new character. An episode will finish if you are successful in crossing the border, are caught or even killed. Every journey is different and enables you to learn more about the people you meet and affect the election.

The beauty of the game is its story, you will likely find yourself drawing big similarities from several sources and key phrases. “Fake News” is broadcasted by the GNN network which has ties to President Tyrak and a wall that has been built at the border.

The Black Brigade are a group of people who are trying to put an end to Tyrak’s reign, there is a part of this group who prefer the extremist views. It is those views that have labelled them as terrorists behind an attack that took the lives of people when bombs went off causing rocks to fall from the mountain. There are 2 sides to this story that you will discover on your journey.

The graphics in Road 96 are mid-polygonal which works well with the overall feel of the game and its characters. With the games release on these new consoles, you shouldn’t experience any problems. Both the Playstation 4 and Xbox One are more than powerful enough to handle the game.

With Petria being a hot location there is a lot of dusty locations. It makes you appreciate those sunsets and wooded areas leading to waterfalls and a pools. Petria manages to feel both desolate and alive at the same time it’s a strange setting that can only be appreciated by experiencing the game.

With over 30 songs within the game there is something for everyone with artists like Daniel Gadd, The Toxic Avenger, and Xilix. Recent Far Cry 6 players will notice Bella Ciao and have you humming it once again!

Expect to put about 10 hours into Road 96 for a full completion, just focusing on the story will realistically take you 7.5 hours. There is New Game + if you wish to discover everything about each character.

It was an easy playthrough that the time passed really quickly, this is partly because the characters are so unique. I have to give my 2 favourite armed robbers Stan and Mitch a mention here as they provided a lot of laughs with their mad behaviour.

I really enjoyed my time in Petria, the characters had me interested in their stories and journeys. Being broken into 6 episodes makes perfect sense. It is a shame that when you start a new episode there isn’t more of a mention to your prior character. The only time it’s mentioned is on the Sonya show upon starting the next episode, it would have been nice if the characters in game remembered them.