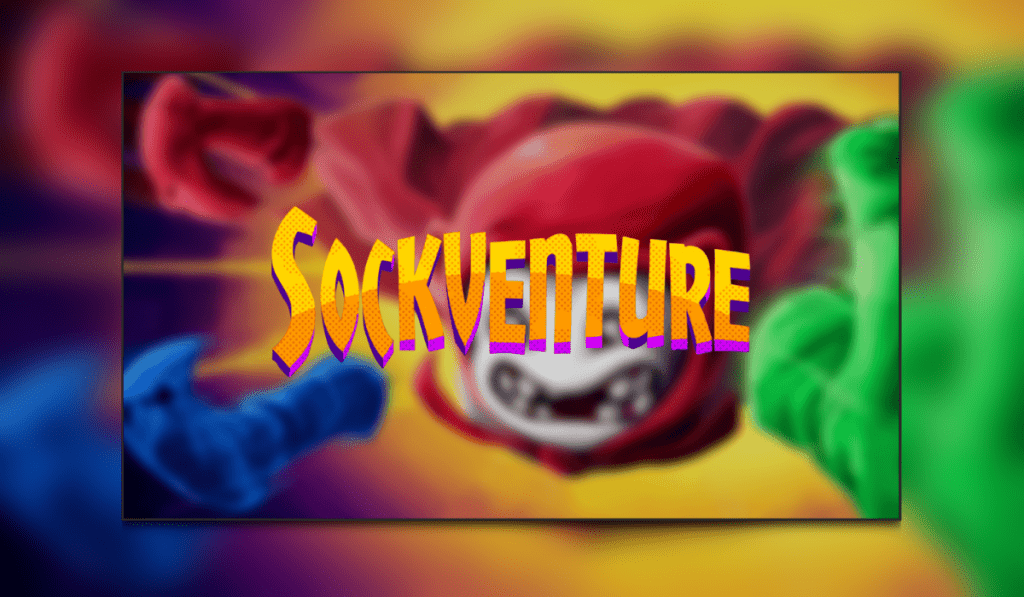 Today I bring you my review of Sockventure. Sockventure is developed by Nighthouse Games and published by Versus Evil. It is a very challenging 2D platform game with similarities in gameplay to games such as Celeste and Sir Lovelot. You can buy Sockventure on Steam now.

So, with those two games in mind, did I overcome the difficulties of Sockventure? Continue reading to find out! If you like this review, please drop a comment down below. You can also check out my previous review here, where I wrote up my thoughts on Resident Evil Village.

The story of Sockventure sees “The Kid” being requested by his mother to make himself useful and do some laundry. Soon enough his imagination runs wild and we’re playing as a superhero inside of the washing machine trying to find the kid’s socks, on a quest to find the kid’s favourites.

The game starts off easy. We have a basic selection of skills to start with. Said basic skills include jumping and holding jump to get across those slightly bigger gaps. We soon learn the basics by jumping the gaps and collecting coins as we go. Soon enough we unlock more skills which include wall grab, dash, double jump, stomp, and more. As you progress through the levels as the superhero, you find socks. These are our wearable costumes for the superhero as well as collectibles.

Also during the game, you will face traps that you will need to manoeuvre around using the skills you’ve been provided with. Naturally, these traps get trickier or harder to get past as you progress through the game. For example, we start off with a moving platform that has spikes on the sides, eventually, we end up with huge pillars covered in spikes that move in the blink of an eye.

Sockventure has over 200 levels across 7 chapters on the main story mode. As you progress through the chapters you will soon discover the game gets harder and harder as you go along. For example, my times through the chapters went from something like 10 minutes to an hour and a half. A handful of deaths in the first chapter, over 500 deaths in the final chapter. That was just the final chapter and not a count of total deaths throughout the game, as you can see in the below screenshot.

During the chapters of Sockventure, you will notice there are three stars to be awarded. Some of these are for the truly hardcore gamers. The three stars are awarded for completing set challenges in a chapter. These are to collect all the coins in a chapter. Complete the chapter below a set time limit. Finally, do not die once in a chapter. As you can see above, I didn’t do so well with the stars. I shall be going back to try and earn more!

There are also “Dark Worlds” that you can unlock with the coins you find during the main chapters. These make the main story chapters seem like a walk in a flat park. Take heed and be warned, they’re very hard. Also, don’t be disheartened if you can’t quite get through a level to earn the speedrun or no deaths stars, because you can come back later when you have unlocked more skills to help you get through that little bit quicker.

The game had me cursing, breathing very deeply, saying really random phrases such as “For the love of Nigel Mansell’s Moustache!” and some not so polite. I have no idea where that one came from by the way. However, as much as this game was driving me to insanity at times… The reward when you finally progress past a point that you’ve been stuck on is almost indescribable. It felt euphoric. You’ll know the feeling if you’ve played any of the Dark Souls games, or Celeste for example.

That euphoric feeling is even higher than before when you finally progress past a section in a dark world. But these will definitely push you to your wit’s end. Remember that, because the game sure as hell won’t let you forget it.

The graphics of Sockventure are that of a typical 2D platformer. There’s nothing really special going on here. However, that doesn’t necessarily mean it’s a bad thing. It looks real nice, bright, and runs very well. At 1440p I had a solid framerate of 144hz at all times. In a game like this, this is exactly what you need. The sound effects are nice, effective, and do the job. The only negative for me was the repetitive soundtrack. It didn’t really change up too much except for the final chapter.

I’ve put 10 hours into Sockventure so far, and I’ve only earned 1 star per chapter, I also missed a couple of coins. So there’s still plenty for me to go back and do. As well as find some more of the hidden socks. I can see this lasting around 20 hours on average. Games like this are relatively short in terms of content. However, people speed run Celeste whilst putting hundreds of hours in. I can definitely see Sockventure being on similar time scales to that.

Sockventure was a rollercoaster of a game. One minute you think you have the hang of it, the next it reminds you who’s the boss. It truly is a brilliant creation and Nighthouse Games have done an astounding job and for that reason, Sockventure has earned a Thumb Culture Gold Award from me, great work guys. 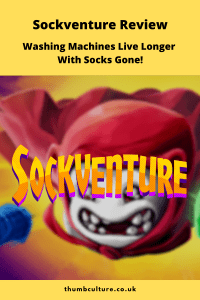