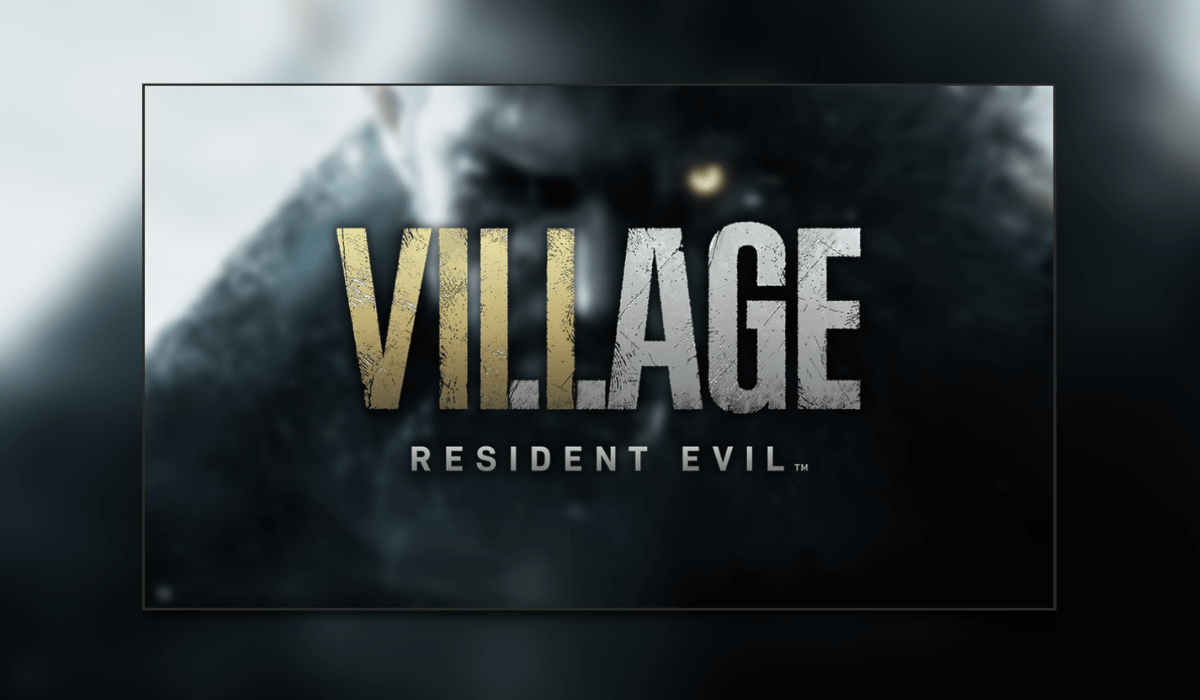 So, is Resident Evil Village the end of Ethan Winters chapter in the Resident Evil Universe? You’re not going to find that answer out here, we’re a spoiler-free site! However, continue reading to see what I thought of Resident Evil Village. As always, let us know your thoughts with a comment down below, check out my previous review here.

As mentioned I want to keep this as spoiler-free as possible, so some of this may not make sense. Trust me, it will make sense when/if you play the game. We start in a beautiful-looking home, Ethan is now living in Europe. Thousands of miles away from the horrors that happened in the Baker mansion. Ethan appears to be living a happy, healthy life. But of course, this wouldn’t be a Resident Evil game without something going wrong pretty fast, and it does. Before we know it, Ethan is now in Romania, in a place only known as “The Village”. This is the setting for Resident Evil Village. The entire story is based around this village and some odd goings-on, with, of course, biological weapons!

We’re soon thrown into the deep end and we have some crazy-looking people attacking us with axes, scythes and more. I won’t go into detail on these people (no spoilers, remember?) but let’s just say I believe they’re a new entry in the Resident Evil universe. I will say one thing, zombies are out. They are not present in Resident Evil Village, which to me was a really nice refreshing change. I will say one thing though, Capcom has done an incredible job with monster design in Resident Evil Village. As you can see below, the graphical design and creativity of even the common enemies/monsters is crazy good.

The gunplay feels good in the game. This game has probably given me the best feel for the DualSense controllers’ adaptive triggers, from a shooting game at least. Triggers are affected by gunfire rates. For example, you shoot once with a shotgun. Then the trigger feels loose whilst the gun gets pumped for the next shell. It’s pretty mad and put together very well. Vibrations in the game are also really good with thanks to the haptic feedback. You feel the shots, you feel when you’re attacked. Again, it’s really clever how it’s been done.

Also whilst taking down the monsters in this game, keep an eye out for them dropping items when you finish them off. Some drop “Lei”, this is the currency of the game. And there is a travelling merchant in the game who seems to appear out of nowhere at times, he’s a nice chap known as The Duke. The Duke will sell you items such as health, ammo, weapons, and of course, weapon attachments. These weapon attachments will help you a lot during your fight for survival. These range from extended clips, stocks, muzzle attachments, and more. Trust me when I say, you will need these upgrades later in the game. As with most games of this calibre, the game does get a bit more difficult as you get further into the story.

You can craft on the go also. You find items in the village that can help you craft medical items, ammo, and traps such as mines. The inventory reminds me a little of Resident Evil 4 with a briefcase that you can manage the items inside. You can move the items around, rotating them so you get the best fit to get the most out of your inventory space. I love this way of inventory management in games. I mentioned Resident Evil 4 before, and this game is set in a village… Similar to Resident Evil 4. People have been speculating about this being a “spiritual successor” to Resident Evil 4. Or even a remake of sorts. It is not. Resident Evil Village is its own game. Yes, it takes some flavours from previous Resident Evil games, but it definitely has its own taste. And that taste is good!

I love how all of the Resident Evil games tie together in one way, shape, or form though. For example in one of the journals in this game, mentions how there was a virus situation in Africa. Those of you who have played Resident Evil 5 will know that’s the exact scenario it’s talking about. I love little easter eggs and nods to other games like this. In conclusion, Resident Evil Village has brilliant gameplay that will leave you wanting more when you’ve completed the story. How do I know that? Because that’s exactly how I felt when I finished the story.

Speaking of finishing the story, once you’ve reached the ending you will unlock a few new features. One of those features is in the shape of Mercenaries mode. Mercenaries mode is basically arcade mode. You have stages that have a set number of areas, for example, the village stage has 3 areas. Progressing through each one gives you points which you can then use to unlock items in the points shop. The points shop allows you to unlock in-game items such as character statues, art, weapons, and more. The weapons you unlock in the points shop can be used in the story mode if you want to play again. You will also unlock a new difficulty in story mode called “Village of Shadows”. This is not for the faint-hearted. This is the Dark Souls of difficulties in a Resident Evil game.

Good luck out there, you’ll need it in Mercenaries mode and of course the Village of Shadows difficulty.

As aforementioned, I played Resident Evil Village on the PlayStation 5. The graphics actually blew me away, Capcom sure is doing a brilliant job of making use of the hardware provided in the PS5. The scenery, the textures, the character/enemy modelling. All of it is just beautiful. This truly is “next-gen”. I played the game at 4K resolution and it was a solid 60 fps until the very end where I experienced a very very small drop in the framerate. However, this did not take away from the experience for me. It was a momentary lapse of frames, which may have not been visible to the untrained eye. Here are a couple of spoiler-free locational screenshots I took whilst playing. Bear in mind, these are actual gameplay, not photo mode or pre-rendered scenes. This was me playing the actual game.

So as you can see, it is definitely a beautiful looking game. And it only gets better as you go further into the game. The audio in Resident Evil Village is something that truly immerses you in the game. Whilst wearing the 3D Pulse headset, I kept hearing noises in the distance. Things sound so real I thought my son was banging around his room, so I actually went to see if he was okay. It was the game. Everything sounds so good. Be it the wind howling through Castle Dimitrescu, the creaking trees in and around the village, or the nearby rivers flowing. It all sounds lifelike. Well, I imagine that’s what wind would sound like through a castle anyway. All in all, the graphics and the audio are what AAA games should be putting out.

The story took me around 10 hours on normal difficulty. You may think 10 hours isn’t long, however, the story mode does offer quality over quantity. It’s fantastic. Once you’ve completed the game you can also unlock a “points shop” as mentioned which will take a lot of time in Mercenaries mode to unlock all of the shop items. Mercenaries mode will certainly take a good few hours to run through all the areas and main stages, trying to get the highest score you can for the best ranking possible.

For me, Resident Evil Village was incredible. I absolutely loved it from start to finish. Some moments just left my jaw dropped whilst thinking “Nah, that didn’t just happen? Did it?”. In my humble opinion, this was a perfect sequel to Resident Evil VII Biohazard. Congratulations Capcom on yet another masterpiece. Will there be a Resident Evil 9? You’ll have to play the game yourself to find out how the story pans out. It sure is a blast though! Resident Evil Village has earned a Thumb Culture Platinum Award from me. 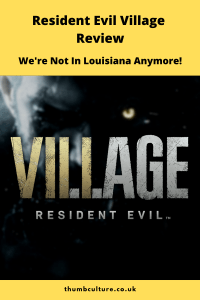