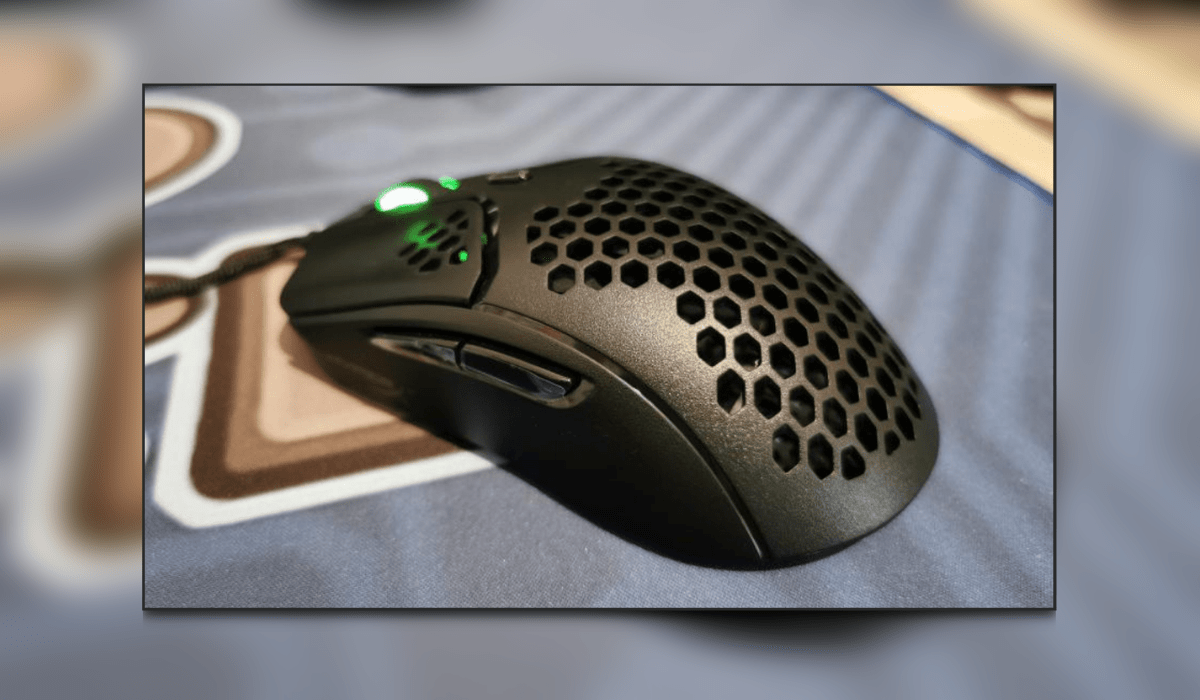 With the number of mice out there that have the label “Gaming Mouse” it would be hard to determine what differentiates one from another. This is where we come in, and checking out the HyperX Pulsefire Haste Lightweight Gaming Mouse (to give it its full title) we find out whether lighter is better.

Weighing in at around the same weight as a tennis ball, the HyperX Pulsefire Haste is light. There is no way else to put it, 59 grams. I mean come on…

So what’s in the HyperX Pulsefire Haste box? Not a lot actually. You get the wired mouse (obviously), some grip tape, and then some replacement pads for the underside of the mouse. You get the standard warranty card and quick start guide, but that’s the boring side of stuff.

With a nice honeycomb design, it definitely isn’t to everyone’s liking. Something about it though was just appealing to me. Having the honeycomb on both mouse buttons and on the main body of the mouse itself gives it a nice symmetrical look.

So let’s have a look and see what the features of the HyperX Pulsefire Haste are, and what they actually mean to the standard gamer looking to pick this mouse up.

The honeycomb doesn’t just make the mouse light and quick to move around when you need those snapshots. It also gives added airflow to keep your palms cool in those high-stakes environments. Add in the TTC Golden micro dustproof switches mean that even though with all the exposed areas on the mouse, you won’t have to worry about dust gumming up your switches.

The mouse buttons themselves are responsive, giving a super satisfying “click” with each press. 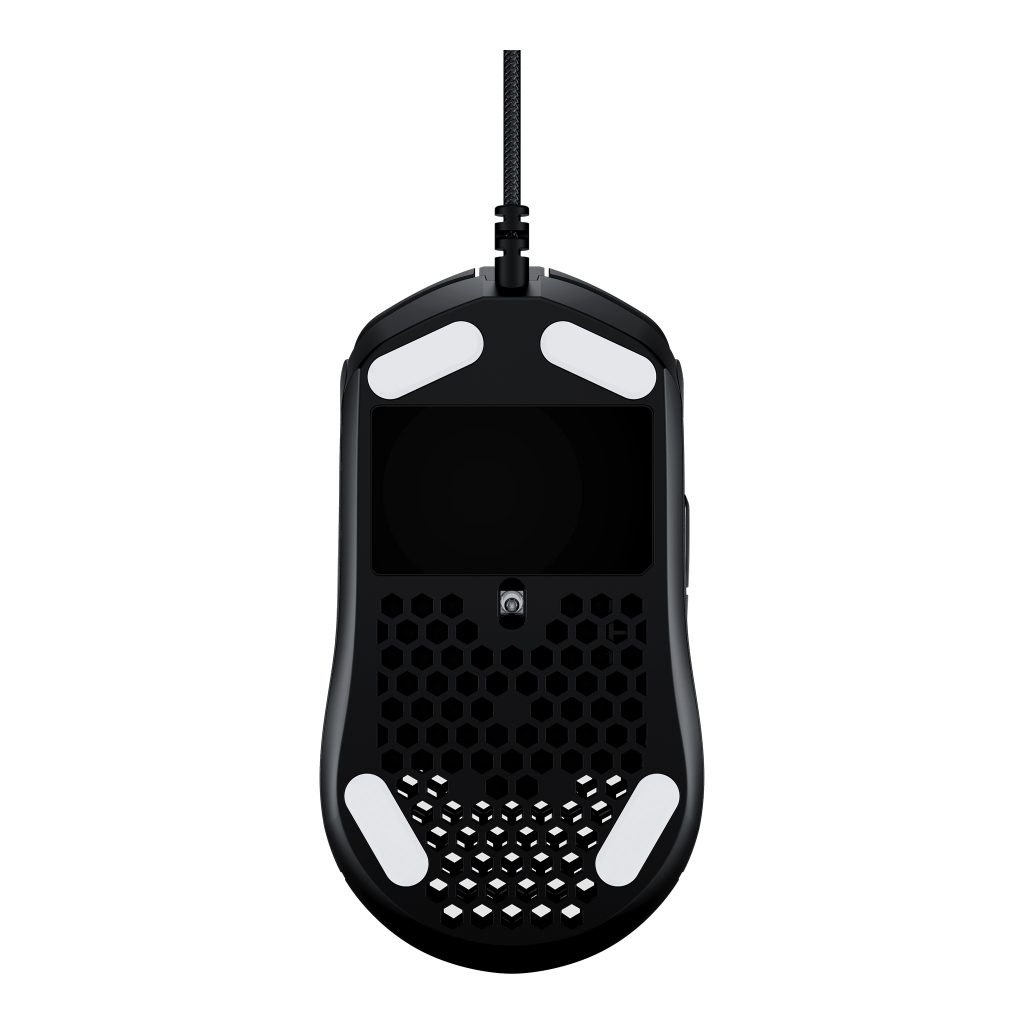 The braided cable connecting the HyperX Pulsefire Haste to your computer is made from a paracord type material, which gives a nice lightness to the cable as well as reduced tension to allow better and more fluid mouse movements. This essentially means that it’s easier to move the mouse wherever you place it on your desktop. With the PTFE skates underneath being made of a low friction material, this allows quick, fluid, and accurate movement of the mouse in any situation.

For those RGB fans amongst you, there is a small amount of RGB on the mouse, in particular the sides of the mouse wheel. I mean there really are no other places where you can have RGB anyways. All the settings, including RGB, DPI as well as adding macros can all be created and edited with the HyperX NGENUITY Software that can be downloaded from the HyperX website.

So what does all this really mean? Throughout my time testing the mouse I tried it in different situations. From using it during my day job, moving between documents and spreadsheets, the mouse was an absolute joy to use. The lightness meant that moving from screen to screen was easy and at no point found myself wanting to switch back to my standard day-to-day mouse.

Moving on to gaming is where the HyperX Pulsefire Haste really shines. Being able to quickly aim gives you a great advantage on an FPS game, but also while playing an RTS you will have a great time with this mouse. In general, this mouse will handle anything that you want to throw at it.

With the HyperX Pulsefire Haste having a price tag of under £50 it is a great peripheral. If you aren’t bothered about its looks that is. It certainly isn’t a mouse that has looks for everyone, but what it might lack in the looks department it certainly makes up for in its performance!

Disclaimer: We received a press sample to carry out this review 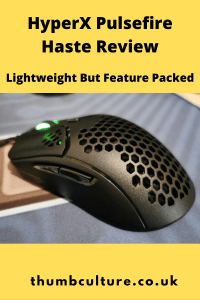