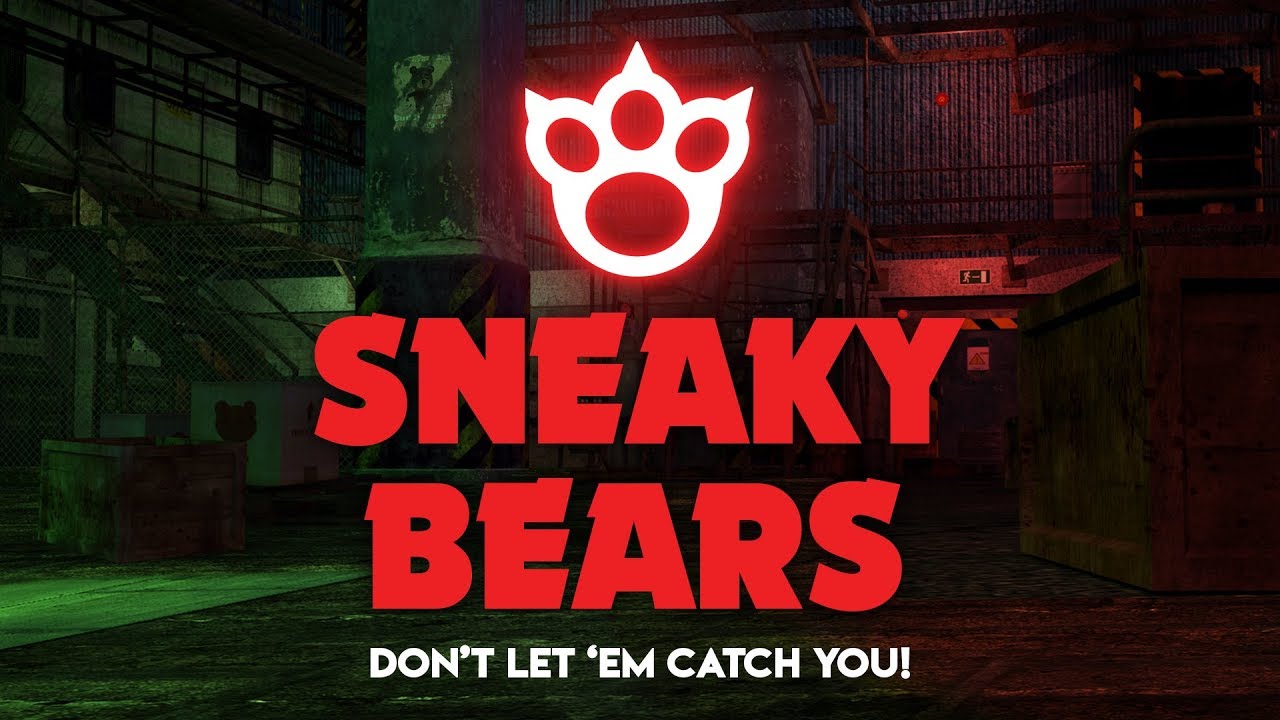 Sneaky Bears is here on the PSVR and is published by War Ducks LTD. This is an on the rails PSVR shooter using move controllers. You are trying to stop the evil Frankie from destroying humanity after he was discarded by the family who owned him. So, let the shooting begin. 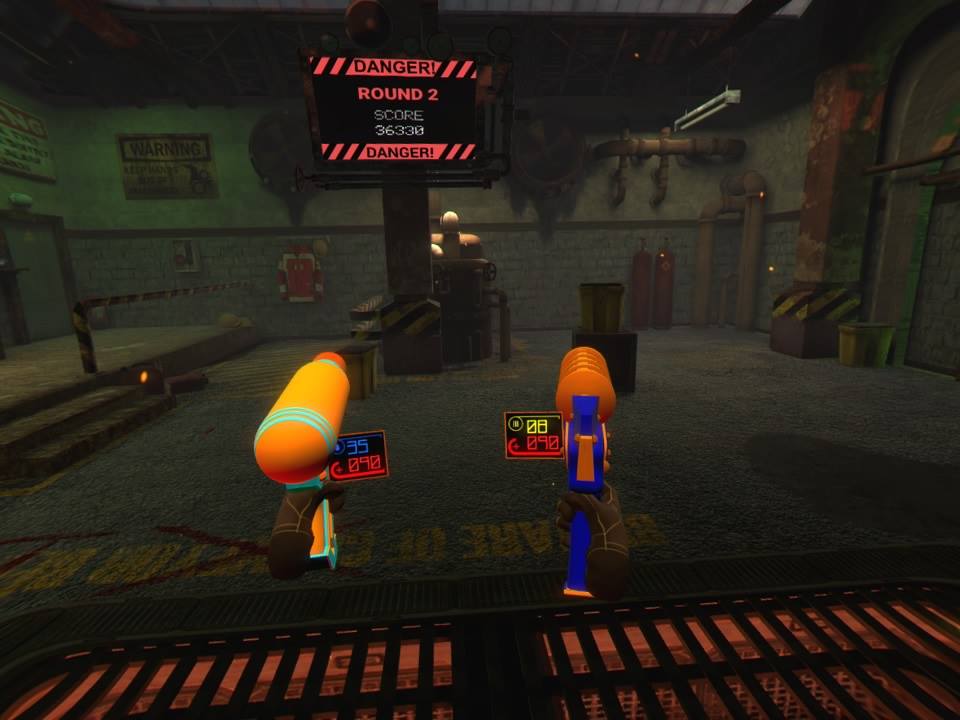 Sneaky Bears has three modes, there is Survival Mode, Fire Mode and Bomb Mode. The game controls made me feel like I’d been thrown into an action movie. Even though I was wielding dual toy pistols I felt like a bad ass. 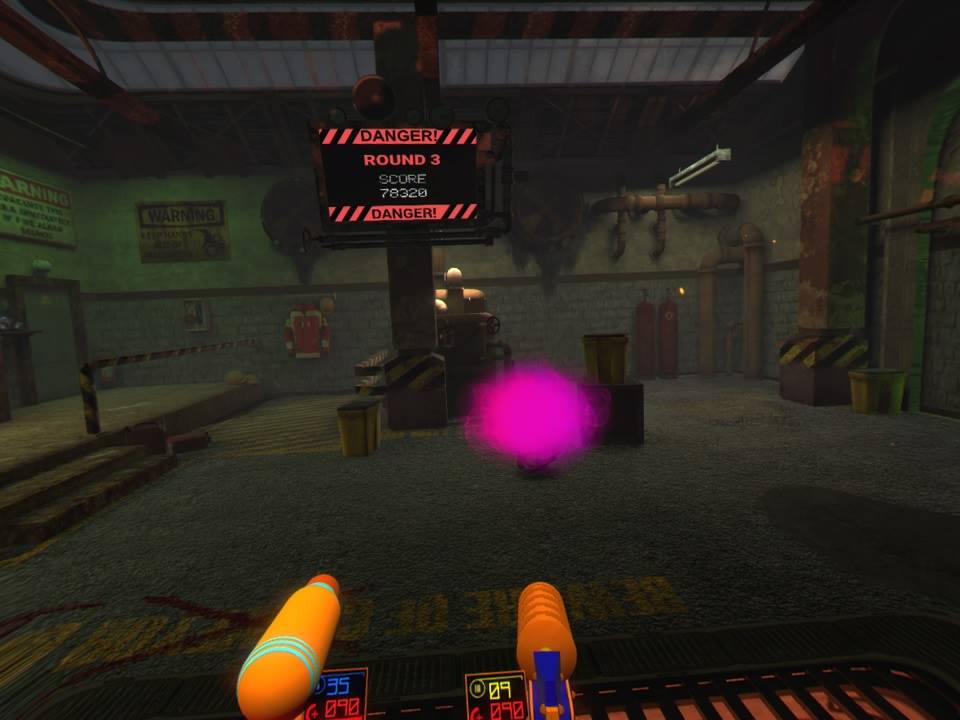 First of all, there’s Survival Mode, you fight waves of angry bears with a sole purpose of taking you out. First off you’ll notice your guns are holstered like a cowboy, on the left is a shotgun and on the right is a pistol. Reach down and draw!! Blam Blam I am an unstoppable gunslinger. Down goes another bear!! Rather than a lengthy reload process, throw your guns at those pesky bears. Reach to your holster and grab another two guns and continue your slaughter until there’s nothing left to threaten you. 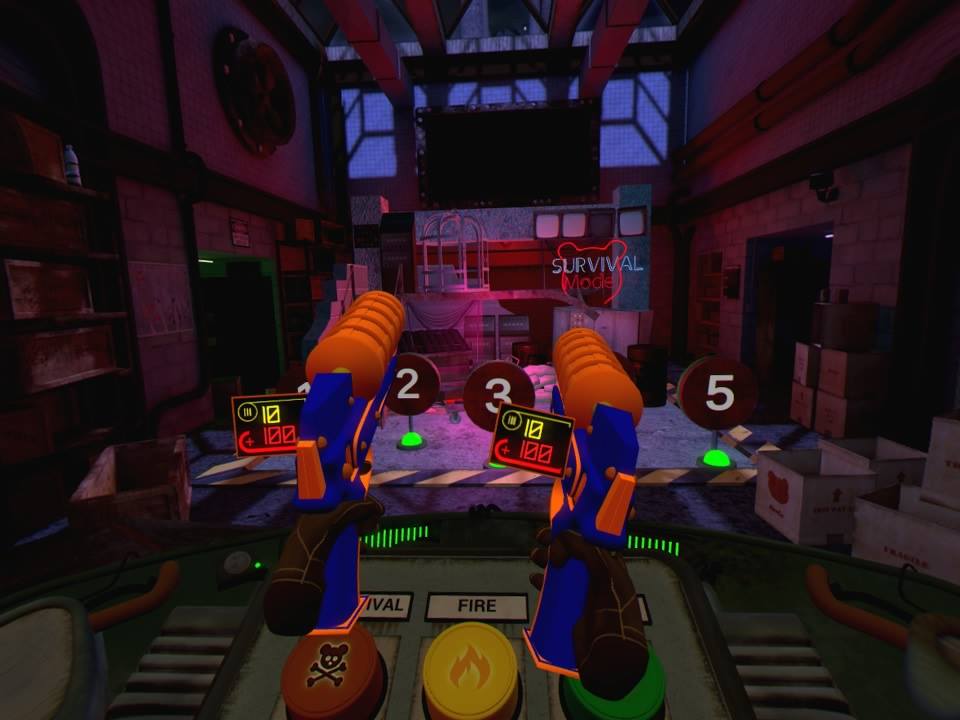 Secondly there is Fire Mode. First thing you notice is gun play has changed. To the right is your pistol, WAIT A MINUTE!!! The left is a water cannon. This maybe isn’t the best weapon to use! There’s still a wave of angry bears trying to tear you limb from limb but this time there are chemical barrels surrounding you and yip those bears know how to utilise these to their advantage. They love to set these on fire!! Enter the water cannon!! I can put out the fires and keep myself from being barbecued Roy!! Bring it on!! Again I feel like I’m straight from an 80’s action movie. 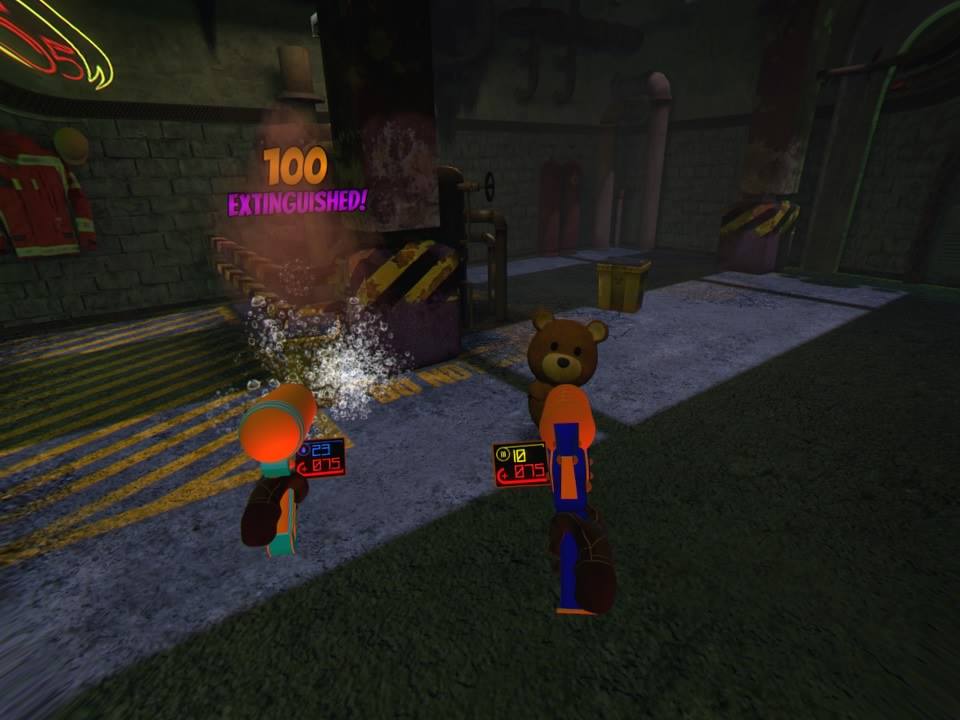 The final mode is Bomb Mode. Gun play changes again. The toy pistol is to my right and this time on the left is a freeze gun!! This one is slightly different. You can charge this weapon up. This time there are bombs coming down conveyor belts which you have to freeze to destroy.
There are lots of movie tribute quotes from Frankie the leader of the Sneaky Bears. I won’t spoil them too much for you, I’ll only give you my personal favourite quote which is from The Shining and that’s “Here’s Frankie!!” there are a lot of funny movie quotes here but I am a horror fan so the shining seemed the most appropriate quote from me. 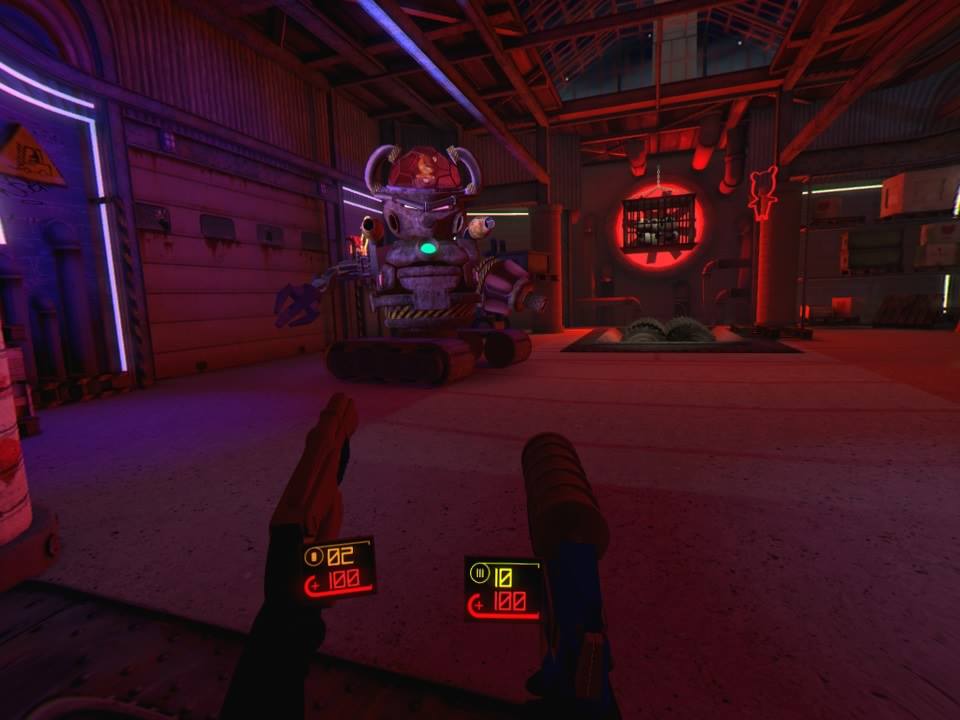 Each of the three modes have five levels each and there is a boss level after that. It took me around 2 hours to complete but boy it’s a fun two hours.
I think my only gameplay gripe would be you have to hold down the move button to keep the guns in your hand. At first this doesn’t feel natural and I found that in the heat of the moment I’d pull my gun out of its holster and drop it to the floor. After about 10-15 minutes you get in the routine of holding the button in and getting your groove on.

The graphics on Sneaky Bears are clean, crisp and very cartoon like but are nothing to write home about in excitement. The bonus to all this is I didn’t see any graphical glitches so a good job in today’s climate for bugs and glitches on new games hitting the shelf. 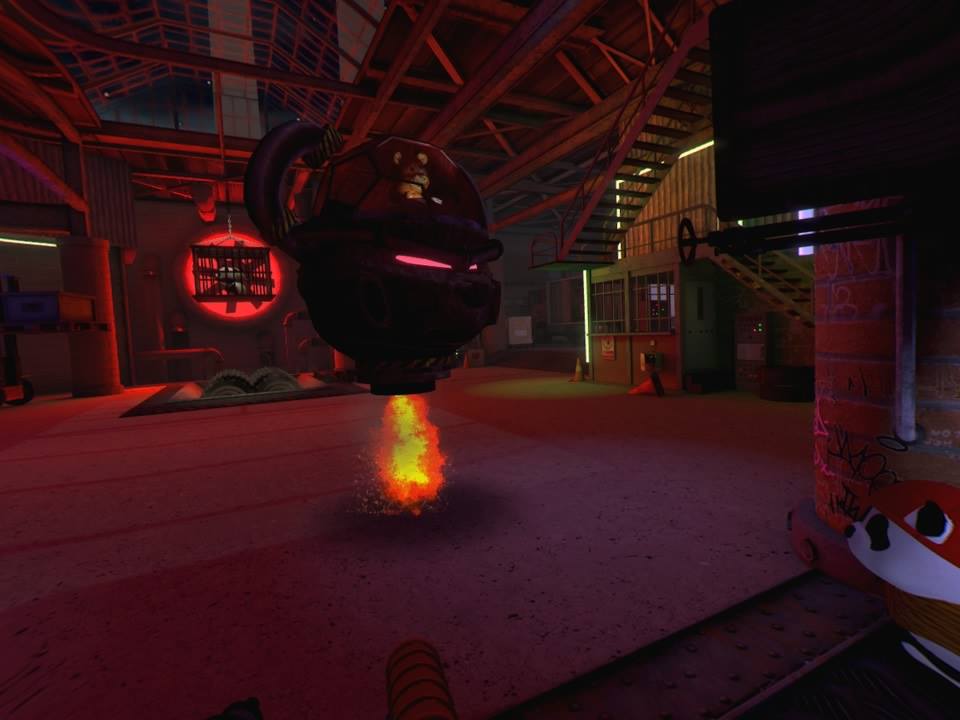 The sound on Sneaky Bears is on par with the rest of the game. The music is upbeat to match the game although I’d have loved an action movie style soundtrack playing in the background of Sneaky Bears. There are plenty of squeaky toy sounds when you get that kill shot too.

The sensible part of me, the grown up says Sneaky Bears has a short lifespan and won’t last long, simply because there are only 16 levels including the boss level, which by today’s standards isn’t many for this style of game, but the child in me loves this game and enjoys a quick blast at those darn bears. 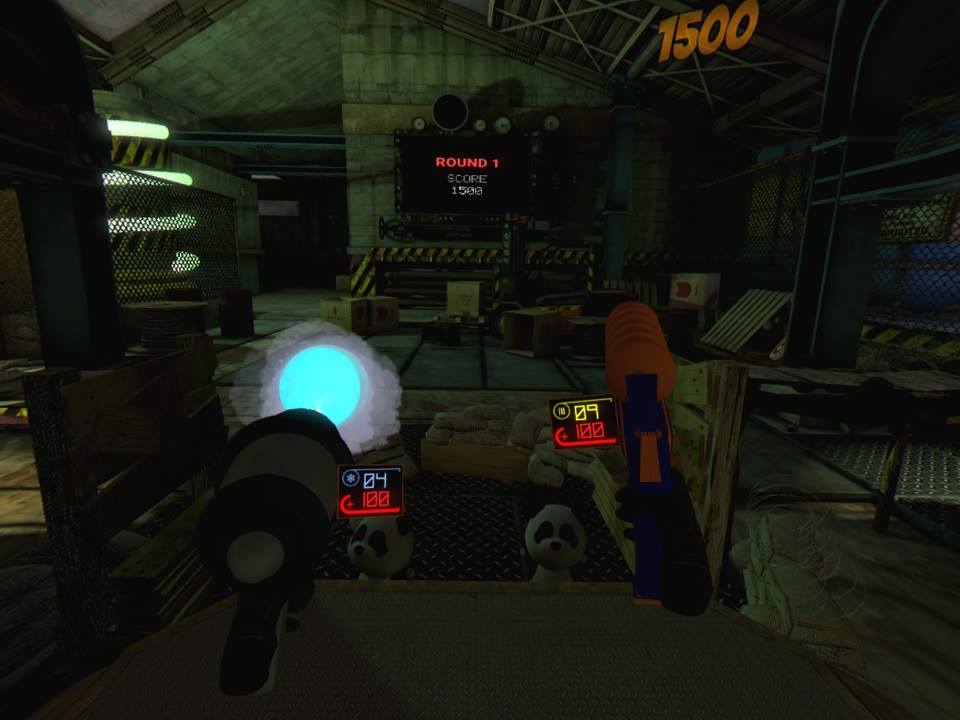 What do I make of Sneaky Bears? Firstly I love this game. Sure not every hardcore gamer or trophy hunter will love this game. It’s not to difficult to play, also there is no platinum trophy either. But I loved my time on this game so I will go back time to time and shoot some more bears, after all, we can’t have them taking over now, can we? I give this game a furry Thumb Culture Silver Award.