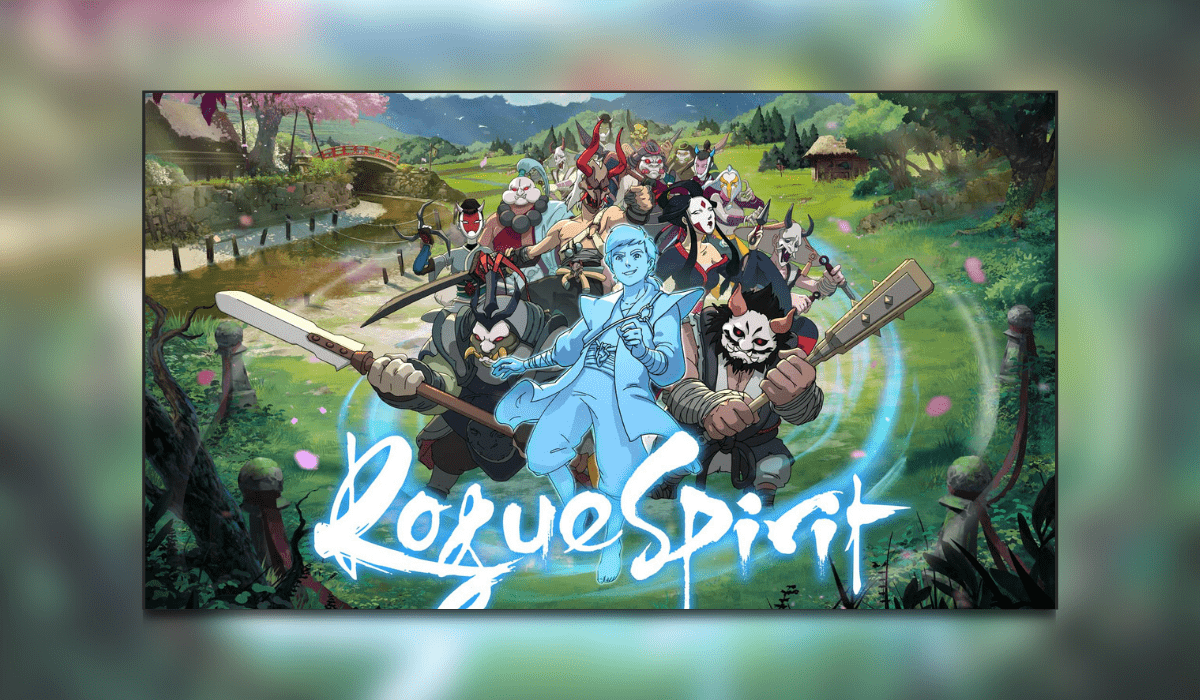 Rogue Spirit is a 3D rogue-lite action game now available for Early Access on Steam. The developers, Kids With Sticks, have partnered up with publisher 505 Games to bring this third-person adventure to the masses. Kids With Sticks already spent about 19 months developing the game and plan to have it be in Early Access for 7 months. Of course, this is an estimate and not set in stone. If you’re a fan of roguelites such as Hades, Dead Cells, Risk of Rain 2, and the like, then Rogue Spirit will be one to add to your collection.

Bounce between bodies in Rogue Spirit

The aspect of possessing bodies to switch up abilities is what made Rogue Spirit catch my eye. I did not prepare myself for the challenge of playing another roguelite though. Needless to say I will be playing through my frustrations with determination for a while to come. What about you, dear reader? Have you found a roguelite of your own to be more of a challenge than expected? Let me know in the comments and tell me if Rogue Spirit sounds like the next trophy to add to your mantle.

In Rogue Spirit, you play as the ghost of a prince of the imaginary Kingdom of Midra. You have been resurrected by monks of the Forgotten Monastery to cleanse the land of demonic energy corrupting its inhabitants. Your journey takes you up against mortal warriors and demons alike. As you explore the world you discover upgrades and secrets to help along the way. The primary mechanic of possessing bodies to accomplish this task is what gives Rogue Spirit a unique playstyle for the genre. More on that below.

For this article on Rogue Spirit, I had to do a little research to refresh myself with the definition of what a “roguelike” is versus a “roguelite”. Generally, a “roguelike” is accepted to be a game where you complete a run either by triumph or defeat. Your next run starts just like the first run. Nothing carries over and you just start again. In a “roguelite” there is some sort of progression that saves from one run to the next. Rogue Spirit falls into the latter category.

Rogue Spirit requires successfully balancing a handful of mechanics. The primary defensive mechanics, dodge and parry, took me a fair amount of time to master. Dodge is limited by a stamina bar whereas your parry has to be timed just right to be successful. Though Kids With Sticks recommends using a controller to play Rogue Spirit, I’m a rebel and prefer my keyboard and mouse for everything. I was glad to discover that the preset keybindings had “shift” as an alternative for parry instead of using the middle mouse button/wheel. Trying to attack and defend with the left click and middle mouse button was painful. Thankfully the settings menu also allows for full rebinding of keys to suit your own playstyle. If I had to rename this game to anything else though I’d call it “Parry Parry”.

The other primary mechanics to master in Rogue Spirit involve moving around the map in ghost form and possessing the bodies of your enemies to adapt their abilities as your own. Moving around in ghost form provides the benefit of speed and stealth to some degree. You are able to see the enemy’s cone of vision so can use this to your advantage as needed to slip past groups of enemies you may not feel like fighting. Along with finding some treasures and moving around the map faster, I found myself using the ghost form a lot to get the first attack on my target. An ability called “Ghost Vision” also provides directional guidance if you happen to get turned around.

By far the coolest mechanic in Rogue Spirit that sets it apart is the aforementioned possessing of bodies to fight with. When you are first resurrected, and for each run after, you start out with a body to possess to use in the material world. Your starting body is random, but you can unlock some buffs to your available choice as you progress. Not only does each type of enemy you possess have its own primary and secondary weapon attacks, but their actual stats such as health and damage differ as well. After defeating a group of enemies I’d often look around for a better body to possess. Switching to a new body also provides the best way to heal up if you have enough spirit to do so.

Other mechanics in the game include picking up blueprints that give you skills that you choose to use each run; essences that act as passive buffs; familiars to lend you a hand. While playing Rogue Spirit I tended to favour possessing enemies’ bodies with melee attacks as much as possible. I found that these provided clear and simple attacks as well as the ability to time my parry just right. The enemies I could possess with ranged attacks felt clunky and hard to utilize properly. Maybe that’s something that Kids With Sticks will work on refining down the line.

I played Rogue Spirit with my default resolution of 1920 x 1080 and the defaulted High graphics settings. The only setting I actually went to change was to turn off motion blur, as I hate motion blur. (If I haven’t in previous reviews you can be sure I’ll mention it again in the future.) As far as I could tell there weren’t any visual errors or issues. The developers clearly didn’t want to just push out a hot mess into Early Access with poor optimization.

The visual style of Rogue Spirit is also a marvel in its own right. It has that drawn, almost anime feel to it that is similar to other Eastern games. The action animations are smooth and brilliant. You are able to switch in and out of ghost form and between bodies seamlessly. Again, credit to Kids With Sticks for the work they put into Rogue Spirit prior to pushing it into Early Access.

Audio effects in the game are fairly standard. Your usual grunting and other exertion sound for combat. Completing a parry makes a recognizable sound so you get a visual and an audio cue. When wandering the maps in Rogue Spirit, there are also treasures that can only be opened in ghost form. These treasures can be found though while also out of ghost form by hearing a particular chiming sound when nearby. A minor detail, yes, but also a boon for the players.

As with most roguelite games, Rogue Spirit will take quite some time to complete. It honestly took me several hours and countless runs just to get through the first area once. I’ve only managed to make it to the first boss once, too. At this point, I’m not sure how far into the game they have completely finished up the main gameplay. Anyone picking up the game will be working through run after run to try and upgrade their starting buffs and skills. Rogue Spirit has more than enough enjoyable gameplay to keep you playing too.

Rogue Spirit had me interested from the first time I saw it. Now, I’m even more interested to see where it will go and how things will change and improve throughout Early Access based on player feedback. Rogue Spirit brings some familiar as well as refreshingly new mechanics to the table and I encourage any fan of the genre to check it out. Despite just entering early access it is already quite a polished game, and I am awarding it with Thumb Cuture’s Gold Award.