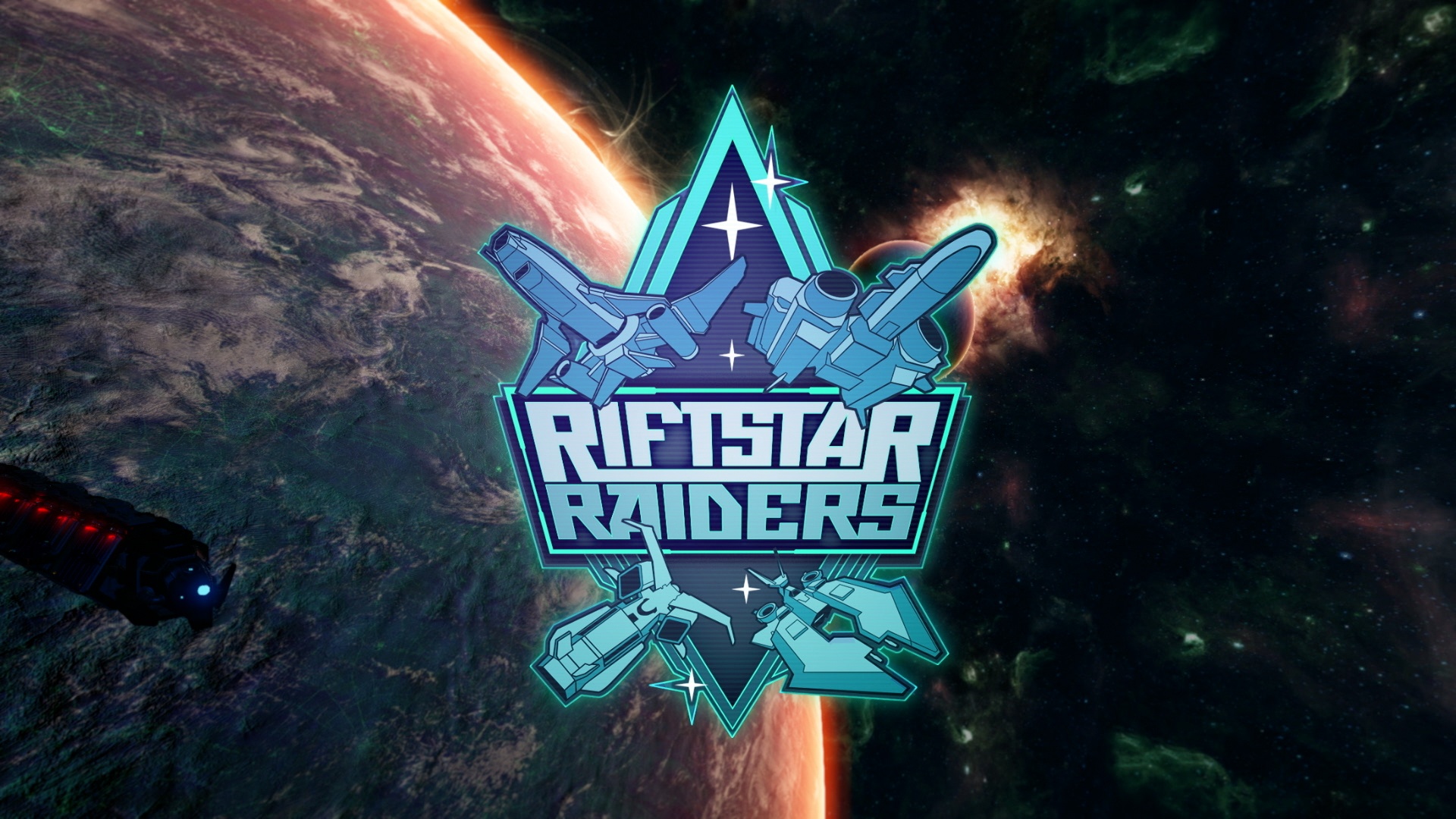 Space shoot-em ups were pretty much the first style of computer game I ever played as a kid and wow they have certainly come a long way from the days of Asteroids on the Atari ST! RiftStar Raiders by independent developer Climax Studios based in sunny Portsmouth alongside Vision Games Publishing is a top down space shooter that brings the genre to the modern era with 2.5D graphics.

The story behind RiftStar Raiders is that an alien AI known as Warswarm have waged war on humanity and are attacking the Federation.  It is up to you and your team of Raiders to basically shoot all the Warswarm baddies while scavenging and collecting loot to better your weapons, shields and engines.

Based on the orbital sin city of Arcadia in the centre of the Far Reachspace, it is down to you to either go it alone or with a team of upto three other skilled hotshot Raider friends and battle your way through nine formidable missions.

Warping into mission one, the only one that can’t be played in co-op, and taking to the controls of my craft for the first time, the basic mechanics of the game are slowly taught to you via onscreen instructions.  The left analogue is used to navigate the ship, the heading being displayed via a yellow waypointer with a distance counter on it.  A lovely electric blue trail follows behind as you merrily waltz past asteroids as you explore space while a blue bubble encompasses the ship to show that I have a shield.  It certainly brought back memories of past space shooter games.

There are two weapons initially available to you, a primary and a secondary.  The primary is a fast firing, low damage linear coil gun that is helpful for blasting barriers, turrets and all manner of nasties from a fair distance.  The secondary is known as the CLAW (no it’s not Jim Carrey chasing around trying to stop his hand from getting you!) but infact a short range, high damage shotgun type weapon that fires a spread of three lasers but at slower pace.  The right analogue stick allows you to accurately aim your weapon while not moving the craft however unlike traditional twin stick shooter games it is not used for firing the weapon.  The combat aim is great at quickly rotating to face the enemy or even beating a hasty retreat if it all kicks off!  Just remember to collect all that loot from your fallen foes!

Weapons are fun and all that but the grapple gun is the gadget of choice should you come across certain obstacles and objects that require to be moved or opened.  Nestled in the walls of the missions are loot crates that once grappled can be ripped apart by flying away from it.  The loot contents spread across space and only last for a short while before vanishing therefore you want to be flying into the various coloured bubbles of cash, shield energy and hull damage repair and crafting resources as quickly as you can.  Later on the grapple gun is also used to hack objects in order to open doors or stop certain mechanical devices from crushing you.

As you meander through the missions it is down to you to decide the best tactics to adopt as scenarios quickly raise their heads.  Do you propel yourself into an area and take on the turrets using the CLAW at close quarters? or should you try and pick them off one by one at a distance?  If a sector seems to quiet then there is probably a reason.  For me, mines were my main enemy as one part of the mission requires you to glide your ship with pinpoint accuracy from one side to the other without getting near to them, one touch and your craft is obliterated into tiny pieces and it’s back to just outside that area to have another try.

Once the mission is complete you can return to Arcadia where you can utilise those crafting parts and cash to select a weapon, shield or equip a perk.  Upping your weapon fire rate or giving it an explosive tip is upto you.  It is nice to be able to customise the ship to how you want to play.  Experimenting is definitely the key as you may find one setup is better on one mission than on another.

The online Co-op feature looks helpful when taking on the later missions as there are a lot more enemies, turrets and puzzles that require the extra firepower and help to get through them.  Some of the hackable objects require more than one craft to take part in the grappling orgy in order to successfully continue.  Unfortunately, as I am reviewing RiftStar Raiders before it is released therefore I can’t find anyone to play with however I am guessing that playing with real players rather than AI allows you to come up with a mixture of ways to tackle an objective, keeping the missions fresh.

Riftstar Raider’s graphics are impressive and presented in a great 2.5D format giving a decent amount of depth to the backgrounds as your pilot your ship through each level.  The animations and movement of each object is smooth without any signs of lag during large explosions and multiple enemy ships swarming towards you.  The short cutscenes in-between missions look great as does the simplistic look of the menus when navigating for ship upgrades, abilities and equipment.

Shoot-em ups are designed to be loud and noisy, after all it is the lure of the canons shooting that used to attract crowds around the arcade machines down the local amusements, therefore, RiftStar Raiders is no exception.  Lots of Star Wars-esque “pew pew pews” alongside explosions and ricochets keep the adrenaline pumping as a haunting and at times edgy determined electric soundtrack springs to life to fill in the voids in action while you seek out your next target.

With nine missions to complete this isn’t the longest game that you are going to play however the levels are well varied and require you to experiment with you ship’s setup in order to find what loadout works best.  Couple the multitude of possible ship combinations with another three players and the gameplay can be unpredictable!

For me, RiftStar Raiders is a great homage to the space shooter genre with elements of The Bitmap Bros “Xenon 2: Megablast” (collecting bubbles of health, armour and cash for later upgrades) and similarities to Dead Star and Pixel Junk Shooter.  If you love a decent space shooter then you will not be disappointed when the game lands on Playstation, Xbox and PC on 28th February! RiftStar Raiders receives a glowing Gold Thumb Culture trophy.