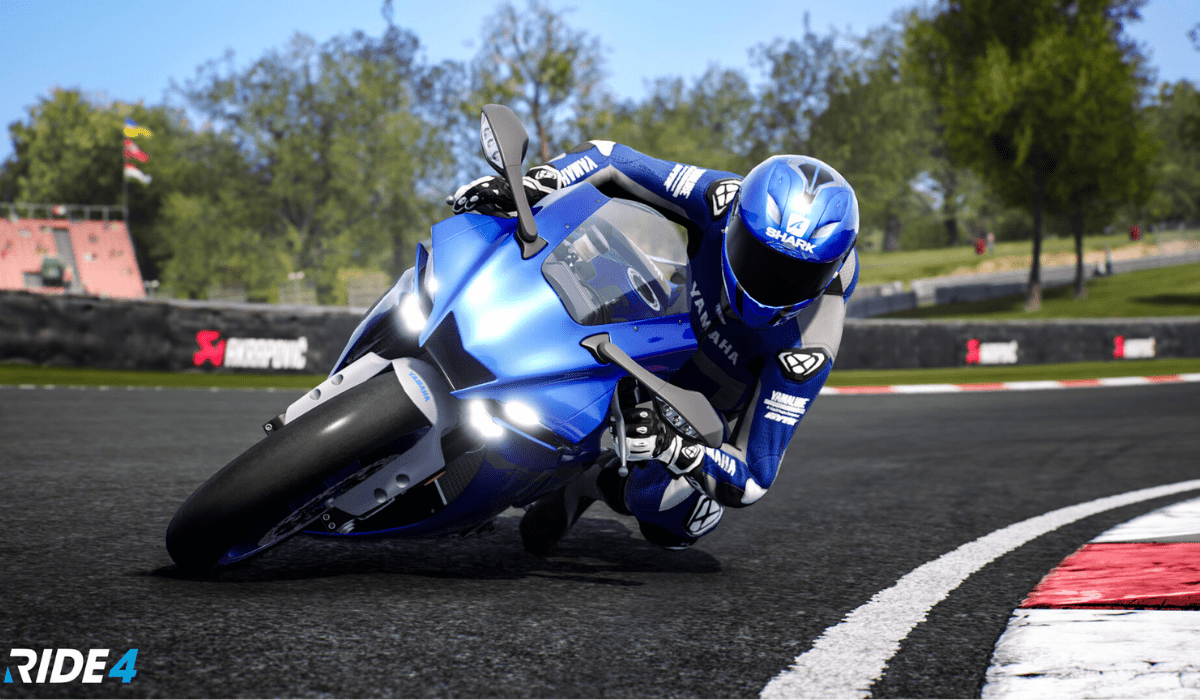 Hot on the heels of its release on PC and PS4 and Xbox One, Ride 4 is now out for PS5.  Developers Milestone have promised a fully immersive experience making full us of the PS5’s controller’s box of tricks. So does it live up to the promises and the hype? Read our Ride 4 review to find out

Ride 4 Review – The Ride of Your Life?

If you have played both the PS4 and PS5 versions of Ride 4 we would love to hear from you in the comments below. Let us know whether you think the PS5 version is truly a step up. You can check out our review of the PC version here.

It is clear from the start that Ride 4 is not for the casual gamer. There is a steep learning curve and there is simply no margin for error. At the start of the game, you are asked to create an avatar. The range of options is a little bit disappointing to be honest. From there you are thrust straight into a time trial. No tutorial, no hand-holding, just a simple race against the clock that needs to be beaten to progress.

It is immediately apparent that Ride 4 will punish you for the slightest mistake. If you stray off the track your lap is invalid and you have to go around again. Slip off the track in the home straight and your next lap is also invalid which is massively frustrating. The game demands perfection and that is the only way you’re going to advance. Assistance is available such as auto-braking however this detracts from the realism somewhat. Enabling assistance also reduces the number of credits you receive and makes the grind even harder. There is a rewind option in races which can be useful. This was of limited assistance to me however as I tended to repeat the same mistakes!

In terms of modes Ride 4 is quite limited. Apart from the extensive career mode, there is only “Race” (split into a single race, time trial and endurance) or “multiplayer”. Career mode is where you will spend most of your time. Starting out in the regional leagues choosing either Europe, Asia or the Americas, you progress to the world league and eventually the Final leagues. It is in the latter that you can become champion of the world. With a mixture of race types and tracks, it does become a bit of grind but there is plenty to get your teeth into.

Online and offline single races feature up to 20 riders. The AI can be a bit wayward and random causing moments of chaos. The same can be said of the AI in career mode too. Endurance mode is one for the strategists as you have to decide a pit stop strategy and make your tyre changes wisely.  The game has a day/night cycle and dynamic weather. Racing in the rain is challenging with raindrops collecting on your visor and water pooling on the track making handling tricky.  Due to the difficulty level, you will crash a lot. I found the ragdoll physics to be a bit unrealistic with my avatar being able to bounce around quite easily. The bikes aren’t really damaged either which is in contrast to the realism in the rest of the game.

The star of the show in Ride 4 is the use of the Dualsense controller. The haptic feedback truly conveys the throbbing engine and the feel of different surfaces. The rain is felt (still can’t explain how the controller does this so well!) and the speaker is used to great effect to emulate the sound of your machine. The adaptive triggers take some mastering as you need to brake hard into corners and really push the throttle to top speed. The combination of these features ramps up the immersion levels of the game to the max.

Running at 60 fps on a 4k TV Ride 4 is visually stunning. The focus of the course is the bikes and they are beautifully rendered down to the last authentic detail. With the ability to set the level of the “speed blur” the game truly does give the feeling of the pure speed and power of each of the 176 officially licensed bikes.

The only graphical problems I encountered were when playing online. This was however due to my slightly temperamental internet connection as opposed to the game itself. Whilst the 30 real-life tracks are faithfully recreated they all appeared a bit lifeless. To be fair the with the speeds you are reaching you are unlikely to notice what the crowd are doing and will be concentrating on hitting the turns and overtaking the opposition.

The audio in Ride 4 truly enhances the experience. The roar of the bikes and the sounds of the different surfaces come through the audio feedback of the controller making it feel like you are truly at the controls of an all-powerful superbike.

There is much in Ride 4 to fully immerse the truly dedicated racing simulation fan with a wealth of bikes to tinker with and an extensive career mode. Once you’ve mastered it there are a wealth of races, time trials and endurance challenges to sink your teeth into. There is a danger of the game becoming a bit “grindy” as new bikes etc, aren’t cheap and the game is quite mean in rewarding credit/XP. The number of bikes, tracks and events along with the numerous add-ons (for real money SIGH) give the game depth and replayability.

Putting aside the stunning visuals and the immersive experience given by the box of tricks in the controller. Ride 4  is not one for the casual gamer. It is obviously a step up from the PS4 version but in terms of gameplay, however, it is more or less the same game. Unforgiving for the casual gamer and with a steep learning curve it is very much a game for the true motorbike racing aficionado /purist.

If you have the interest in the sport and are willing to put the time in then you will be rewarded. The career mode has plenty of options and you can tweak your ride to your heart’s content. Endurance mode caters for the strategists out there and success is rewarding. If you’re not into racing sims then Ride 4 will seem like an expensive tech demo for the Dualsense and due to this is it does not quite deserve full marks. Ride 4 gets the Thumb Culture Gold Award 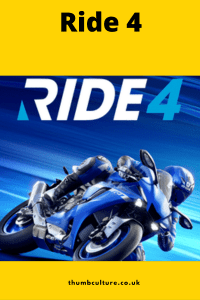