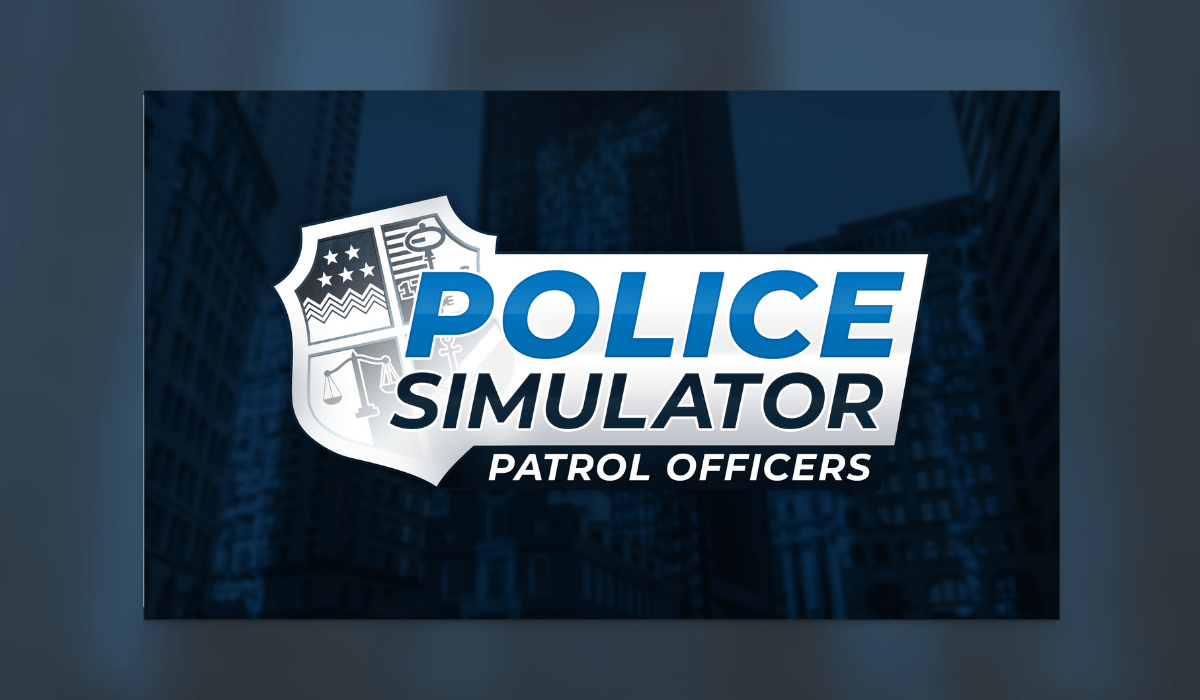 Ever fancied being the next Jake Peralta shouting “Nine-Nine!” or perhaps you want people to “Respect my authoritah!”?  Well, you are in luck as thanks to developers Aesir Interactive you can now have that experience with the all-new Police Simulator: Patrol Officers.

Out now in Early Access on Steam, come and join me as a play in the day in the lift of a patrol officer in the fictional American city of Brighton!

My very first impression of Police Simulator: Patrol Officers was that this could be a very mundane sim and get boring very quickly.  Let’s face it, nobody likes people that give out parking tickets and that’s where we begin!

Selecting from eight female and male officers you begin by picking out the character that you want to use for your career.  There is also an option for either a simulation mode or a casual mode if you prefer being spoon-fed with a lot more hints.  Once done you are thrown straight into your first shift whereby you are in one of the many districts of Brighton.

My first task was to simply issue parking tickets.  Yes, totally boring in my opinion in real life, however, I am also open-minded when it comes to gaming.  An easy-to-follow tutorial ensues as you walk your officer along the pavement looking out for expired number plates, parking meters as well as other parking offences that can warrant a ticket.  I won’t lie, being a Brit I really didn’t appreciate the number of parking violations that you can actually get written up for!  Who would have thought that parking facing the wrong direction was a thing?

The open world of Brighton is seemingly very dynamic with pedestrians going about their daily life as well as traffic that mostly adhere to the laws of the road.  Anything can pretty much happen at any time!

As you go about your daily shift the time and date are shown in the top left of your screen.  One thing that I did initially struggle with was that for some reason the date is not today and is also 2020 therefore should you incorrectly ticket a ’20 plate car for not having a valid plate then you will be deducted points!

After every shift, you are prompted to walk back to the station whereby you sit at your computer and get a brief overview of your daily achievements.  The aim is to finish with positive conduct points as well as achieve experience points that will allow you to progress in the game, opening up new districts, patrol cars, equipment and objectives.

Although you learn the ropes by issuing parking tickets and towing away wrongly placed vehicles (one of the most satisfying parts of the game early on!) you do later get to play with a radar gun to get your own back on speeding motorists.  There is quite a lot of decision-making to be made in Police Simulator: Patrol Officers, for example, you can choose whether to let speeding vehicles off or turn a blind eye to a misdemeanour, it really depends on how you feel.  Jaywalking was a new one for me as over here you can pretty much cross the road wherever you want!

Investigating traffic accidents is another inspiring task.  Here you get to take photos of the damage, interview the drivers and witnesses before getting into the nitty-gritty of checking Id’s and insurance documents, conducting sobriety tests and searching both the people and the vehicles.  Once you have your evidence you can choose who to arrest and call for backup to take them away.  Again this is so satisfying!

The more you play, the more you unlock and it just gets better and better as you can deal with more and more crimes leading to bigger rewards and of course, more job satisfaction!

Driving the patrol cars is a far easier way to get around Brighton than walking and is brilliant for attending robbery scenes.  Arriving in style with the blue lights blazing and sirens wailing sure gives you a buzz.  Do your best to not have any accidents en route as you will get into trouble!

Can you find those wanted perps and get those oh-so-deserved promotions?!

Police Simulator: Patrol Officers is built using the Unreal Engine and does not look too terrible given the size of the city.  Being in Early Access there are some graphical glitches such as lighting bugs when entering and exiting the police precinct, a few unrendered artefacts such as jagged triangles where a fence should be.  My favourite glitch was the reflection of your character when walking up to glazing.  Your character’s reflection is in fact the back of your head when facing it, and your face when walking away.  That all said, the gameplay is still very satisfying and does not massively detract from taking down those perps!

When it comes to audio, there are speech voice-overs when your officer is talking to other people and on the radio, which had recently been added into the early access version that I had been playing.  There is very much a bit of a buzz lightyear feel to the male character’s voice however that gives it a real feel of authority.

In addition, the ambient sounds of the dynamic environment are constantly around you and set the city vibe very well.  The sounds of the car engines roaring down the road give you a good indication of speed and direction as they blast out of your speakers.  Always remember to stop, look and listen on crosswalks as I suffered the misfortune when returning at the end of my shift of crossing the road on a green pedestrian light to only be run over and killed!  I was not best pleased!

Police Simulator: Patrol Officers has many hours of gameplay to be had as you progress through your career in order to open up new districts, equipment and objectives.  Being an early access release, there are many updates to come along, one of which is cooperative multiplayer!  I seriously hope that I can get to revisit the game with my friends at a later date as this is certainly going to add to the crime-fighting fun!

I must say that for a game that I thought would be really mundane and boring, Police Simulator: Patrol Officers is actually really fun and I felt really chilled out playing it!  It does not take too long to progress so that you can move away from ticketing parked cars and onto more brain-taxing investigations.  There is a lot of development set to happen with this game and it can only serve to iron out any graphical bugs and introduce a lot more situations that require your help to solve!