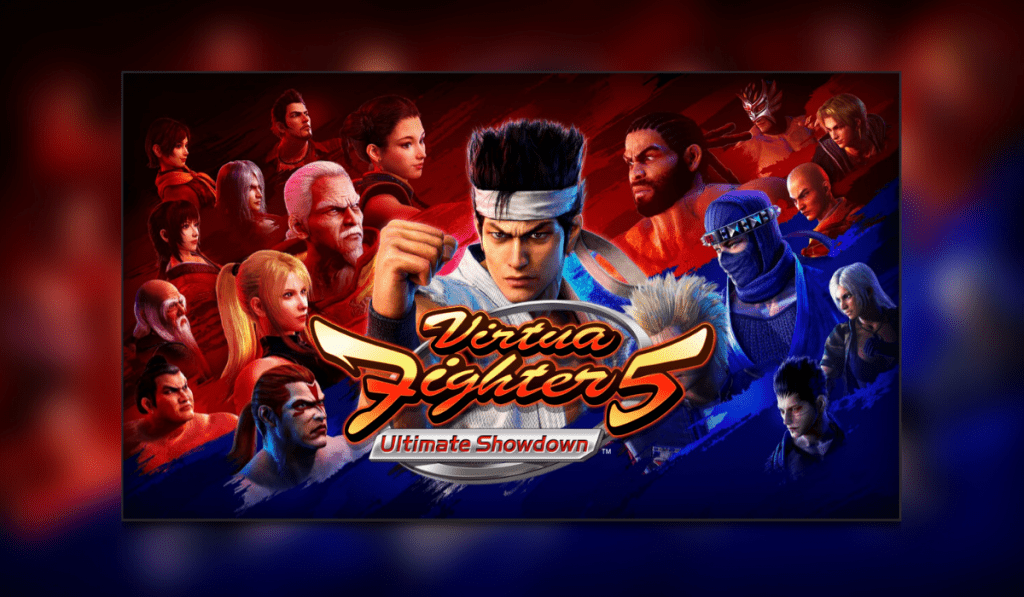 Before Tekken. Before Soul Blade, there was Virtua Fighter. Virtua Fighter is a series established long ago, way back in 1993.  AM2, Sega’s in-house development team introduced it to the arcades and the rest, as they say, is history. Without AM2, Sega would not have had the success it did in the arcade scene. The developers began life in 1992 and produced Virtua Racing. They then went on to have huge successes with the likes of Daytona USA, Virtua Cop, and Shenmue.

Virtua Fighter is often regarded as the first 3D fighting game and as a result of its popularity, it was ported to the Sega Saturn and Sega 32X. Fast forward to 2006, Virtua Fighter 5 hits the arcades and is ported to the PlayStation 3 and Xbox 360, although missing a few bits. In 2010 we have the so-called final version, aptly named Virtua Fighter 5 Final Showdown. Only that wouldn’t be the last time we saw it would it! No! Because on June 1st, 2021, Virtua Fighter 5 Ultimate Showdown was released exclusively for PlayStation 4. Those who pay for a PS Plus subscription would have been able to download the game at no extra cost on day 1, and it will remain playable for as long as the subscription is active.

Brute Force Alone Is Not Enough

Still with AM2, this game was co-developed by Yakuza developers Ryu Ga Gotoku Studios using the Dragon Engine. On paper, this sounds like a match made in heaven as the Yakuza series is widely known for its insanely fun combat, so I could not wait to dive into this. The joint project makes sense, considering the full version of Virtua Fighter 5 Final Showdown was available to play in the arcades within the last two Yakuza games and Judgment.

If you enjoyed my review, you can check out my last one here.

Are you ready? Round 1…FIGHT!

Virtua Fighter is one of the forefathers of the 3D fighting genre and has remained consistently true to itself throughout its existence. It has always been one of the most balanced in terms of the actual fighting, and Virtua Fighter 5 Final Showdown is no exception. If it isn’t broken, why fix it? The allure to this game is that it is based on real-world martial arts. There is no magic or Hadoukens here, just good old-fashioned hand-to-hand combat. As basic as it may sound, there is a lot of appeal in learning the many martial arts that are on offer.

The gameplay itself is easy to learn but hard to master. Controls are as simple as punch, kick and grab and block. The challenge lies in fusing them with directional movements to create the ultimate unblockable combo. Play around with different fighters and their styles and see what suits you best.

The amount of options here in terms of modes is a little thin on the ground, to say the least. To say this is the “Ultimate Showdown”, it sure is missing some features from its predecessors. If you want a single-player quest then this isn’t the game for you. As far as single-player is concerned, you only have practice and arcade modes. Which is great, but the focus of the game seems to lie in its online portion.

In Room Match you can have rooms up to 16 players. This is great if you have a bunch of friends online and you can invite them in with a code. Here you will have winner-stays-on type battles with non-combatants spectating.

This is something that could have been implemented a whole lot better because you can’t invite your friends into a room. The room is set up and then it goes into a lobby full of rooms. Here you have to find your friend’s room and enter the code of the room to join it. That of course is IF you can find it. You might have to refresh a few times before you see it. I found this to be a complete nightmare and a huge oversight. Once you are in a room with your friend it is great, but the whole system is just needlessly difficult in a game that encourages you to play with friends.

Additional to this there is a local 2-player mode and a fairly robust ranked match. I spent some time here and was more than happy with my first two matches beating a guy who was a higher rank than me before he inevitably left. Leaving me to get my ass handed to me by someone else.

All in all, the gameplay itself is great. Just please do something about those Room Matches to make them easier and more accessible to join.

Here we see the Dragon Engine doing what it does best, making things beautiful. The characters have all been updated nicely, although some updates are more subtle than others. They are a lot more detailed and the animations are buttery-smooth. Stages look lavish as well. These range from opulent ancient temples to magnificent high-rise buildings with a few wrestling rings thrown in for good measure. Again these have been touched up with great detail.

In terms of audio, there isn’t really anything to shout about. The music was functional and good, but it lacked any kind of hook to make it worth remembering.

Simply put, Virtua Fighter 5 Ultimate Showdown is as long as you want it to be. There isn’t any story mode to keep you going so you can spend as long as you like fighting your way through the ranks, or in practice mode just honing your martial arts skills. I would say this would be one of those games that would be easy to pick and play if you are at a loose end or can’t decide what else to play.

As a remaster of a 15-year-old game, it looks and plays great. It’s an easy game to just pick up and play. The fighting is responsive and satisfying and learning all the fighting styles is a joy. It is woefully short on features though and the online could really do it a bit of work. Considering online seems to be the focus here and it feels hard to access with minimal options, I can only give Virtua Fighter 5 Ultimate Showdown the Thumb Culture Silver Award.