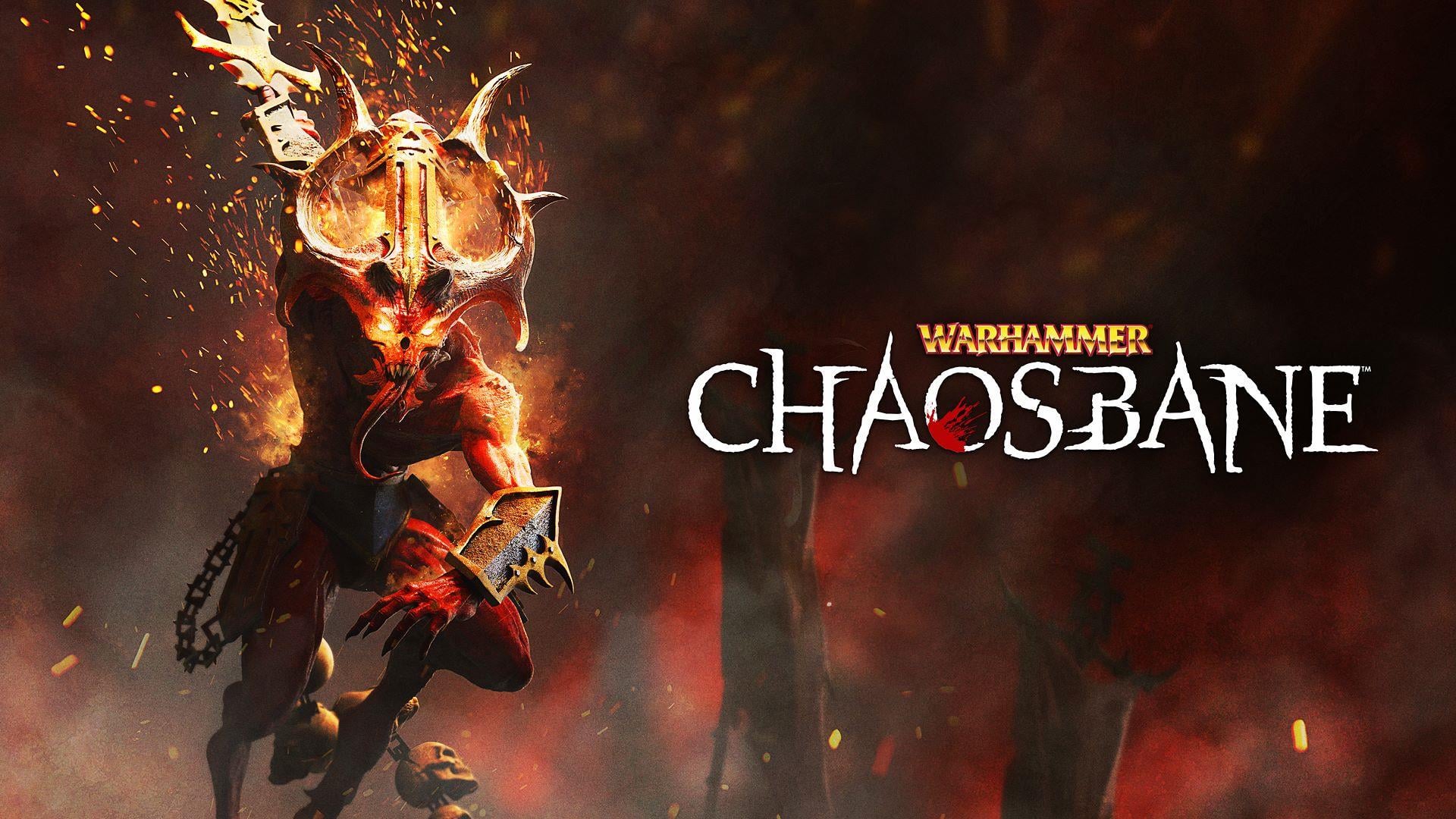 After playing the beta in March of this year I was left wanting more as it was short and a snippet of sorts on what was to come.

Then I was lucky enough to have access to the full version of the game just before it was released. Developed by Eko Software, Warhammer: Chaosbane will be on general sale on the 4th of June but people who had pre-ordered the game had early access on the 31st of May which will be available on PC, Xbox One and PlayStation 4.

Without revealing too many spoilers, let’s not waste time and get smashing up those Chaos hordes once more.

The game has 2 modes: Story and Online. Unfortunately, at the time of testing, I was unable to get an online game. The one time I waited a decent amount of time, it found one but it was full. I will revisit this once the game goes fully live.

So I played the offline story and already played a soldier of the Empire the last time around (it was the only class you could pick) so I was interested in playing the dwarf with his dual wielding axes first as he just looked mean.

Each character has a different cinematic introduction to the story. Just like the Solider, the Slayer, Mage and Wood Elf goes through the same story and along the way you are introduced to new skills as the game places you into situations to help you use them. Already I could see the familiarities of the beta but also the game and story started at a different point this time around which, to me, means they have added a lot more content into the game.

The story itself is pretty cool. It’s setting up the Chaos invasion and you have to work your way through various situations. This is also introducing you to the world and multiple dungeons the game has to offer with an insight into what the end game could be.

Just like Diablo, I prefer a controller for this type of game as the Keyboard and mouse combination seems like there are too many keys to press with a few amounts of abilities compared to something like an MMO such as World of Warcraft.

After playing through with the soldier story, I kept the same controls for the Dwarf or slayer as I had gotten used to that style. However, someone told me that they were having an issue with the Arcane hail ability from the Mage character while using a controller and thought to use the keyboard and mouse instead and give it a good go to compare.

I underestimated the Keyboard and mouse controls as the developers have done a great job in getting it right and without too much confusion. In fact, you can almost use the game with the mouse alone especially if you have a multi-button mouse.

Overall I think they are done a superb job and overcome an issue I did initially have with the controller in the day one patch.

As mentioned up above I had an issue while going to the Inventory while using a controller. On times (about 50/50) You can hear the selection sound, however, nothing was moving in the image. It became frustrating at parts when you wanted to play about with your abilities. However, there was a day one patch and since using the controller and going to the inventory, it’s now working as expected.

Another issue a friend picked up was the issue using Arcane Hail with the Mage on the controller. He described it as very awkward and for testing what he was seeing, I too used the controller for that Spell. Indeed, it was very awkward to use and when swapping back to keyboard and mouse, it works perfectly.

It seemed there are very few bugs considering the size of the game and will only get better in time.

I could have sworn they have improved the graphics compared to beta. The quality is outstanding and on an ageing machine like mine, it didn’t feel old. They seemed to have given it a nice fresh look for the Action RPG genre and every detail really felt like you were there. The rain, lighting and shadow effects are great and when you are inside the sewer, you can almost smell the damp.

However, There were no colourblind options for the game and almost most of the time it was hard to tell which items were different quality.  There was, once you went into the Inventory, a mention of the quality type.  It just means you have to look at everything and sort your items out later.

As a Wrestling fan, A great commentator makes a good match great and that’s how I feel about the audio in Chaosbane. With the graphics being fantastic, the audio just finishes off a great gaming experience and places such as the sewers really make you feel like your down there.

How many hours could you spend playing the game is the same question as to how long is a piece of string. I could easily sink as many hours into this as I did with Diablo which is a lot. However, it all comes down to how they handle the end game and how they keep people coming back. I know I keep comparing this to Diablo but it’s been a benchmark for these games for years as it has a great way of having a unique gaming experience each with its seasons and hopefully Chaosbane as something up their sleeves.

The game can be bought with a season pass meaning they have content to carry on with and to keep the story going. Personally, I like a good “grind” game and what that means a grind with a purpose. I expect once released the online experience will be alive and will help with the longevity of the game.

However, Its currently priced quite high (in my opinion) on PC for just the base game alone but this also reflects the current gaming environments which you will see a lot of games come out at the £39.99 mark (which this current is priced at). I feel once this drops to a point where people will take a punt at it, this game has a great potential to grow. 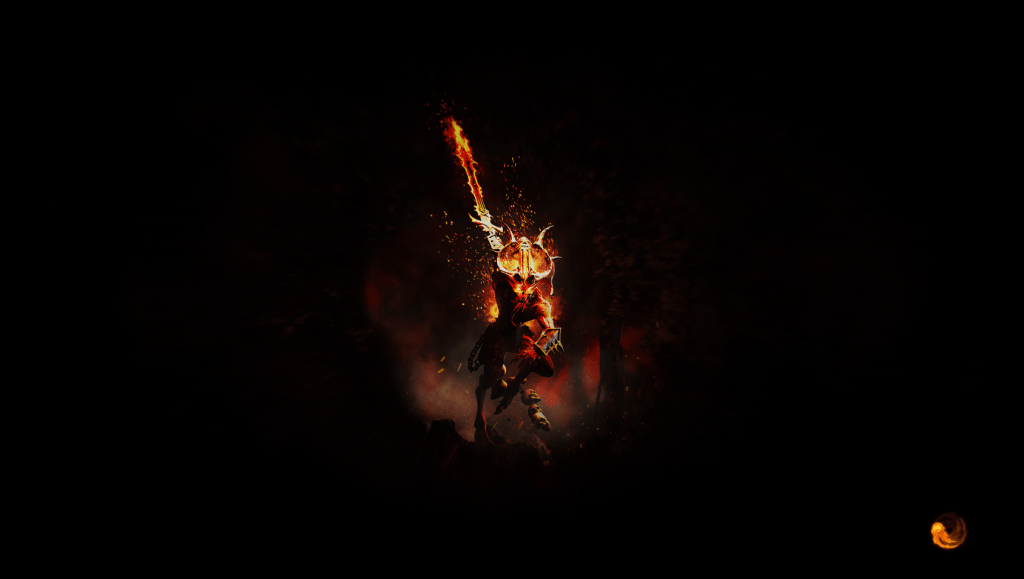 The story mode is a fantastic experience with a great mechanic when using your abilities with your character. This can be easily enhanced with future DLC’s and expansions to keep the single-player story going. The online experience is going to really help once you end each storyline to continue the adventure and hopefully have a good end game to keep returning.

I can’t wait to pump in many hours into this game with the lore of Warhammer by its side and will give this game a Thumb Culture Gold Award.