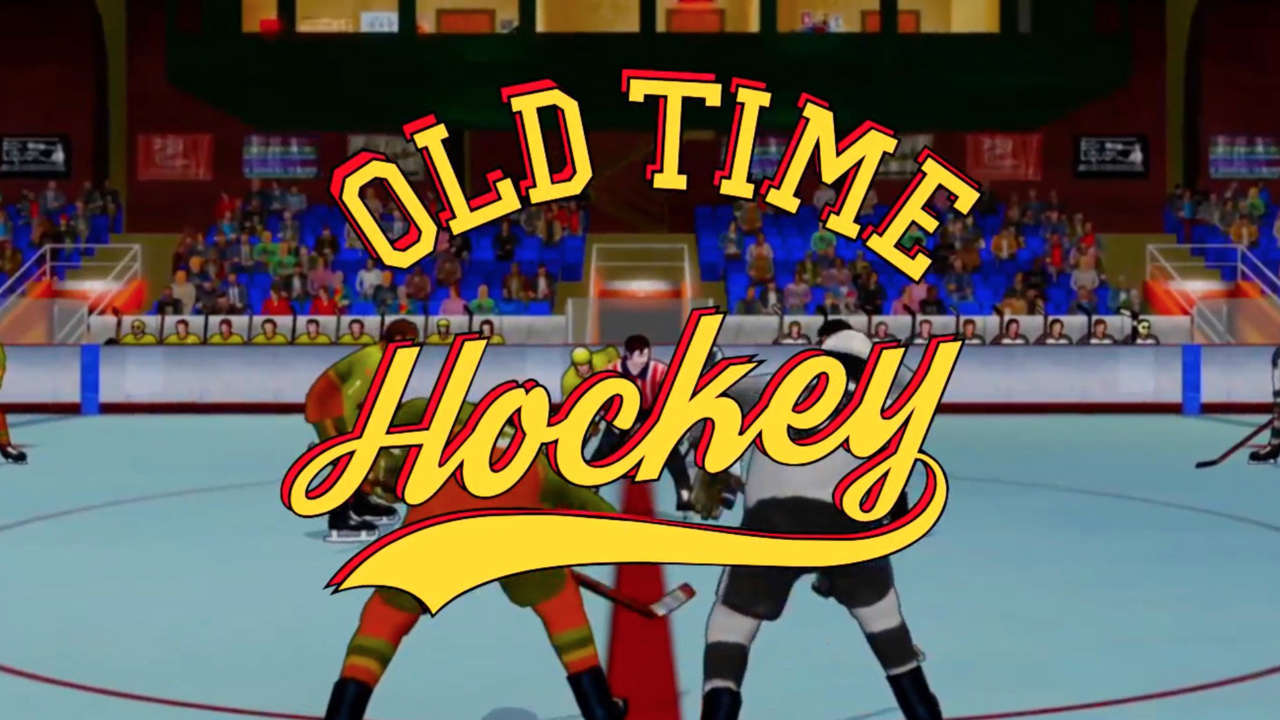 Ice hockey is known as a brutal, unrelenting sport with hard hits and heavy body checks all the while trying to fit the small puck between small gaps between the goal tenders pads and the netted goal. Old Time Hockey by V7 Entertainment tries to focus on the brutality of the game, with the game returning to the 70s with its afro hair, big moustaches, a severe lack of helmets and bench clearing brawls.

Old Time Hockey plays out as you would expect, five verses five on the ice, a view that comes straight from ice hockey games of old, and a unique style with vibrant colours and over the top graphics.

With only a few modes to play, the game concentrates on the gameplay in the exhibition mod. You take control of any of the teams that are playable and play a single match, it’s the epitome of exhibition matches. Move over onto the story mode however, and you are sent back in time and take control of one of the worst teams in the league, the Schuylkill Hinto Brews.

The Brews are the rag-tag team of the Bush Hockey League, with this giving reference to the fact that the league is truly awful. The Urban Dictionary gives us a definition of ‘Bush League’ as thus Mainly used in the sport of hockey. When something is very s****y such as playing a hockey game or a team in hockey.

As you progress through the story, you are given an aim to increase the statistics as you progress and the amount you have to improve is depicted by the difficulty level you pick to play the game on. As you progress you are given entertaining snippets into the lives of the team through its loading screens, as well as newspaper clippings showing big events in the teams calendar, on in particular was the fact that a team member head butted a mall Santa at an autograph event. You really can’t write some of these things! 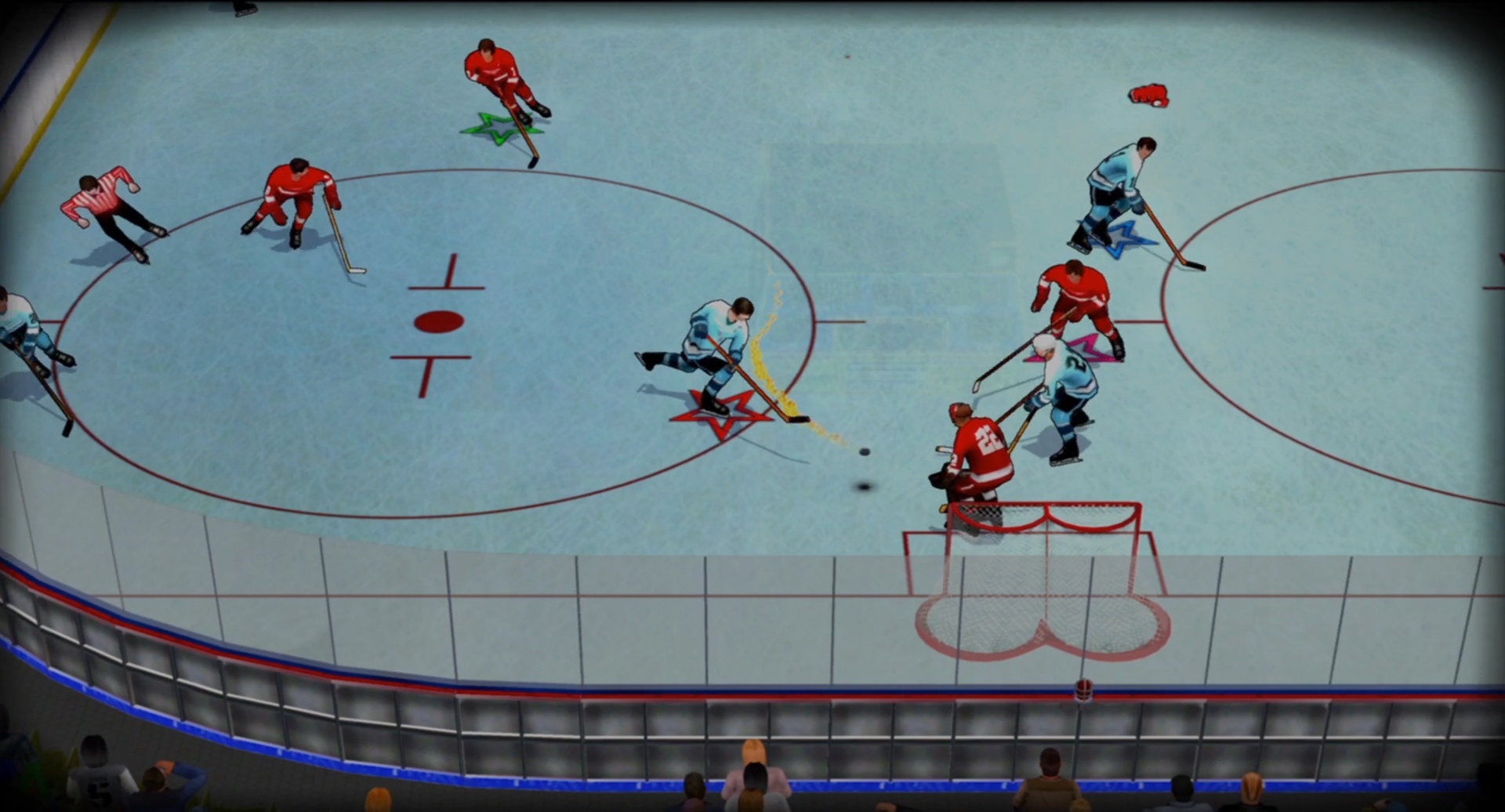 So when you start-up the story mode you are greeted with the main HUB so you can keep track of what is going on around the league and what is upcoming for your own team. Dive into a match and you are greeted with a series of tutorials, and this is the best bit. The game drip feeds you new skills to try out, which in turn upon completion give you an extra attribute boost as well as gaining a new skill. The controls are both basic and technical, with a few different control schemes, including 2-button, Beer mode which allows you to play the game with one hand and hold your drink with the other. If you choose to keep with the standard control scheme you are given buttons to carry out hip checks, body checks, as well as the standard passing and shooting mechanics. Seeing the controls all on the screen can be daunting to a newcomer to the game, however through the story mode these are made more accessible and eventually you will be poke checking everyone before you streak down the ice and hit that ferocious slap shot into the top corner.

If you manage to complete the Story mode you are then given access to Story Mode + which allows you to take any team of your choice through the league, completing generic progression objectives as you go through as well as unlocking any collectables or trophies that you may have missed the first time around.

The collectables come in the form of trading cards, showcasing all the top players in the BHL and giving you an insight into their back stories, alternative jerseys can be unlocked for all ten teams when you complete the story mode and earn trophies when you complete significant events as you progress through Story mode. 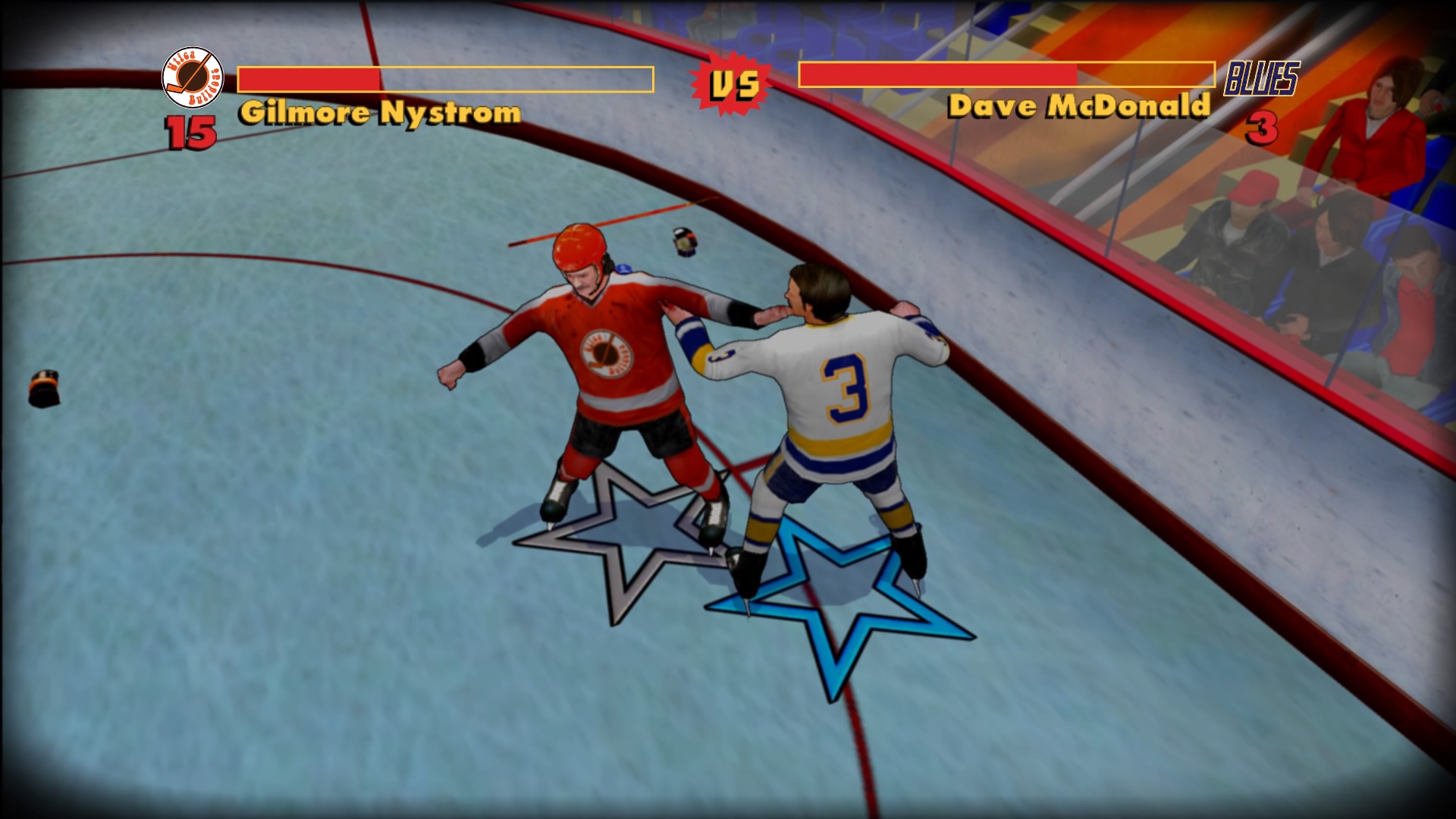 Oh, and the fights, how could we forget the fights? These are entirely at random and they can be as small as a one versus one fight on the ice, or an entire team brawl, simple punch and block buttons are used and you can leave some nice red claret on the ice for when the match finally restarts.

The sound of the game gives a great feeling of atmosphere with echos bouncing around the traditional stadiums from when hockey was born, gone are the big screens and loud hailers, and in are the bricks and wooden boards of old. Hit someone with a well-timed hip check and listen to the crowd roar! Or even take out one of the referees and see how loud they cheer.

So the verdict, well on a personal note this game reeks of nostalgia for me, from playing NHL on the SEGA Mega Drive with my cousin, this just recreates the brutal hits perfectly, add to it the outrageous story line V7 Entertainment are onto a winner, I just hope that they continue and maybe give us a recreation of other classic sports. This game hits home hard with a Thumb Culture Silver Award.