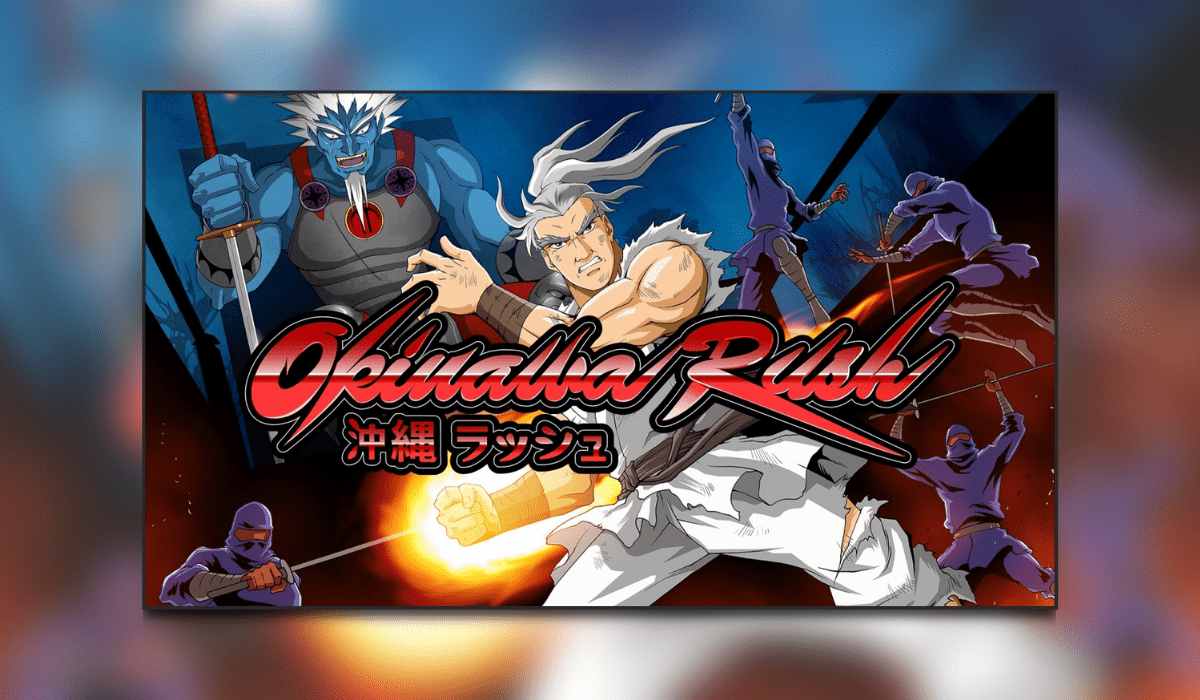 Welcome to my review of Okinawa Rush on the Nintendo Switch. It is also available on the PlayStation 4 and 5, Xbox One and Series families, and PC. The game is available now and is brought to us by developers Sokaikan Limited and publishers No Gravity Games (Dream Alone, Rekt). Defend your village from the notorious Black Mantis clan in this chaotic martial arts fighting game. The game also features drop-in/drop-out local co-op play.

Okinawa Rush Is A Chaotic Martial Arts Beat ‘Em Up, You Say?

Check out my previous review here where I played To The Rescue! on PC.  If you would like to follow us on our social media accounts, you can find these are the bottom of the article.

The story of Okinawa Rush starts by introducing us to the notorious Black Mantis clan of ninja. They have come to the once peaceful land of Okinawa to pillage, loot, destroy, and kill anyone who stands in their way. Their primary objective, acquire the legendary training scroll of Hiro Yashima. Hiro is one of the main characters that we control in the game and his powers were unmatched, until now. There are also two game modes to choose from, arcade and story. For the purpose of this review, I will be focusing mainly on the story mode.

Hiro returns home one night to find his children have been kidnapped and his wife has been slain, with a bloody note in her hand. Soon, ninjas from the Black Mantis clan storm Hiro’s house to try and take him down, swarmed by foes, Hiro becomes enraged and unleashes one of his almighty powers. This takes down every one of the Black Mantis ninja surrounding him in one blow. Hiro must avenge his wife and find his children, can he save them in time? You will have to find that out for yourselves.

This game soon becomes apparent that it is hard. It is definitely one of those rewarding games when you finally pass a section though. Think of games like Dark Souls or Sekiro.

You must learn to control your attacks, and not just go button mashing head-on into hordes of enemies, because you will fail. Learning the different attacks Hiro has will favour you sooner rather than later, especially against some of the bigger foes you come across, for example, the bosses at the end of each stage. Fortunately, there are some training stages for you to play. These will help Hiro become stronger, he will have more stamina in general, and more power for his special moves.

Completing each training section or main stage will earn you a rank. Similar to the likes of Devil May Cry or Resident Evil where you gain a better ranking for the time completed, lives not lost, etc. The combat in the game is great fun, you not only have your fists and special powers, but Hiro can also wield weapons he comes across such as nunchucks and katanas. These help sway the tide of the fight in your direction drastically, however, they do have durability and break after you take down a fair few enemies. Another thing to note is the game has food dotted around, this helps you in restoring Hiro’s HP.

The in-game co-op works well, the drop in and out makes it much easier, allowing a friend to jump into your game locally and then jump out if they have to shoot off. The gameplay is the same it just has two of you fighting your foes.

So I again refer to my previous statement, make sure you don’t go all fists blazing, take your time with your attacks, eat all the food you see, pick up and weapons you can, and go with the flow.

Okinawa Rush has familiar 2D retro-inspired graphics that seem to be all the rage now. This will be a joy to one’s eyes and heart at the same time. This game will take you back to the days of the SNES and Mega Drive in the blink of your eyes. The effects are brilliant, but then I am a sucker for the pixelated graphics.

The only downfall with the effects of the game is the CRT mode, of course, this is only my humble opinion. This mode can be disabled, thankfully. I just felt the game looked a bit too blurry with it enabled. See the two sliders below for an example. Some may love this and love the nostalgic feel it gives. I just personally felt the game looked a whole lot better with it disabled. It’s a nice touch though, for sure.

Here it is in the options showing the difference. 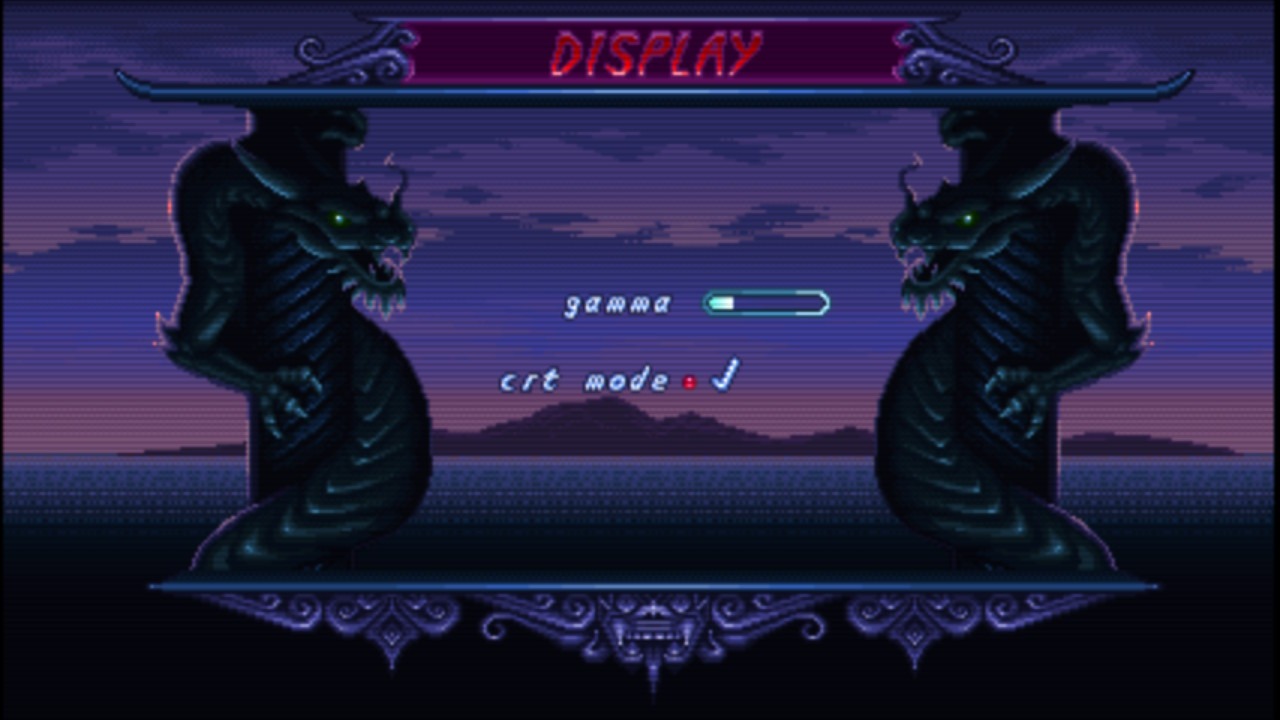 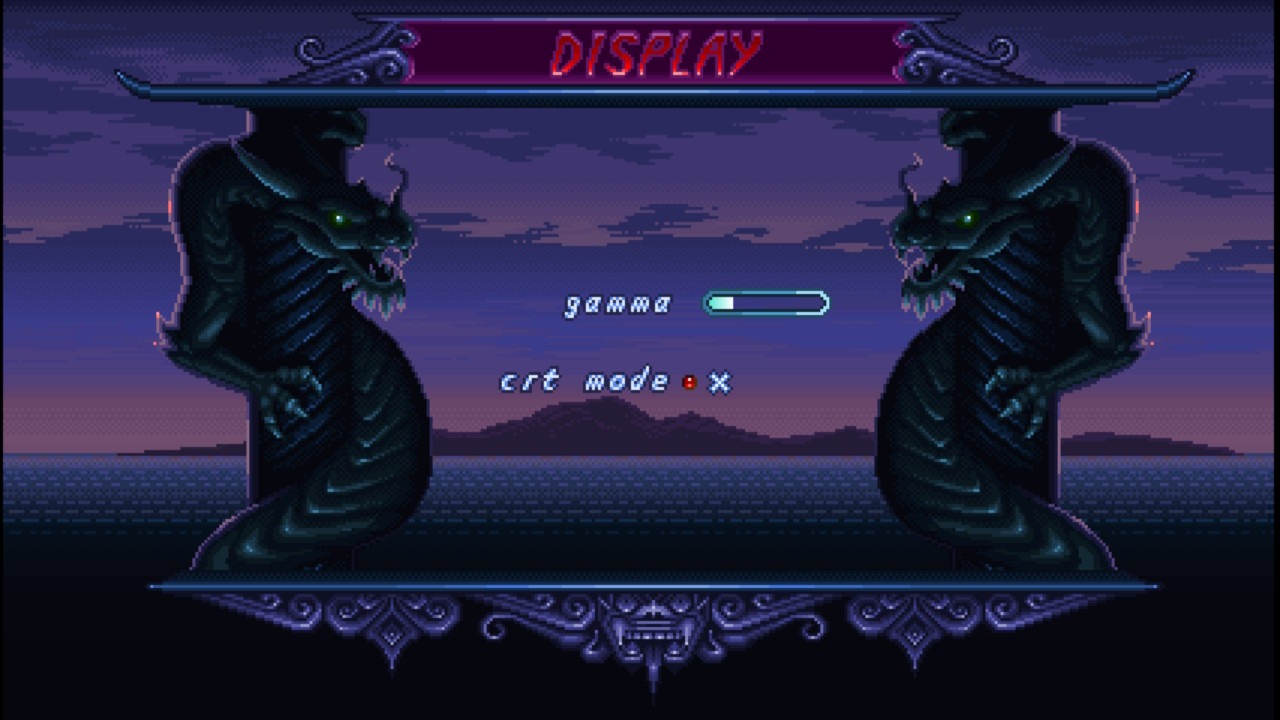 And here is the title screen with it on and off. 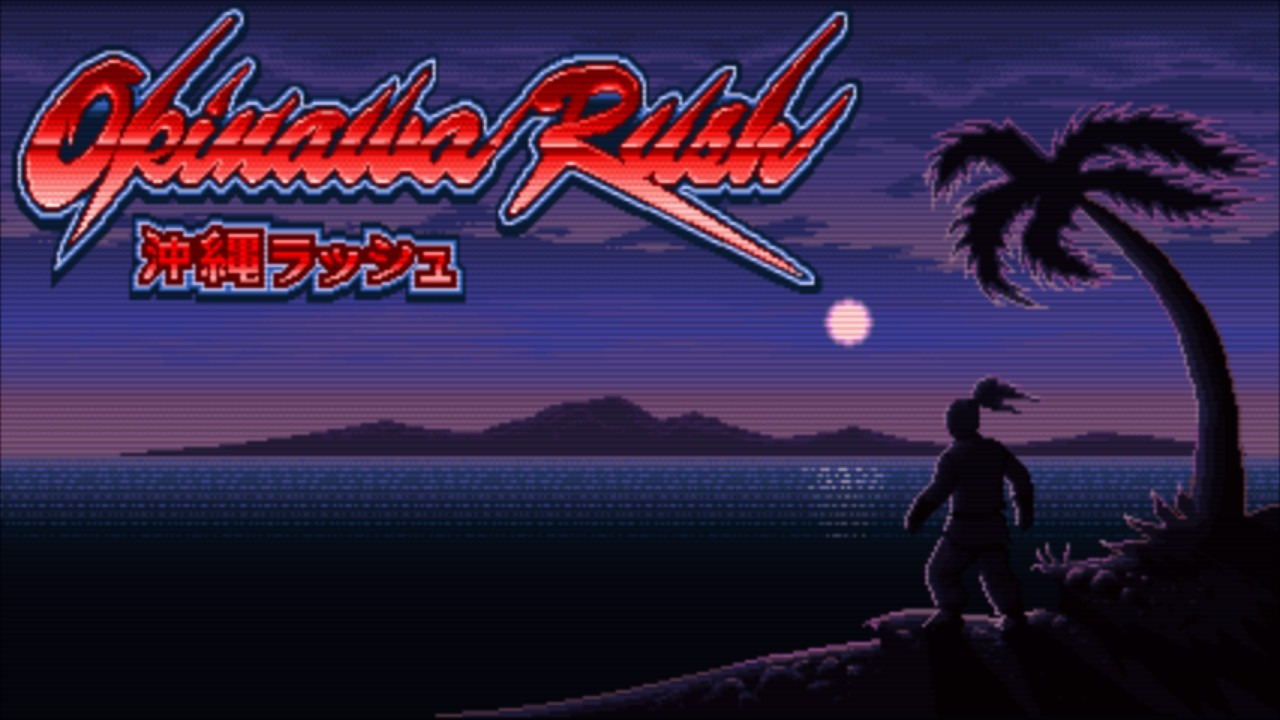 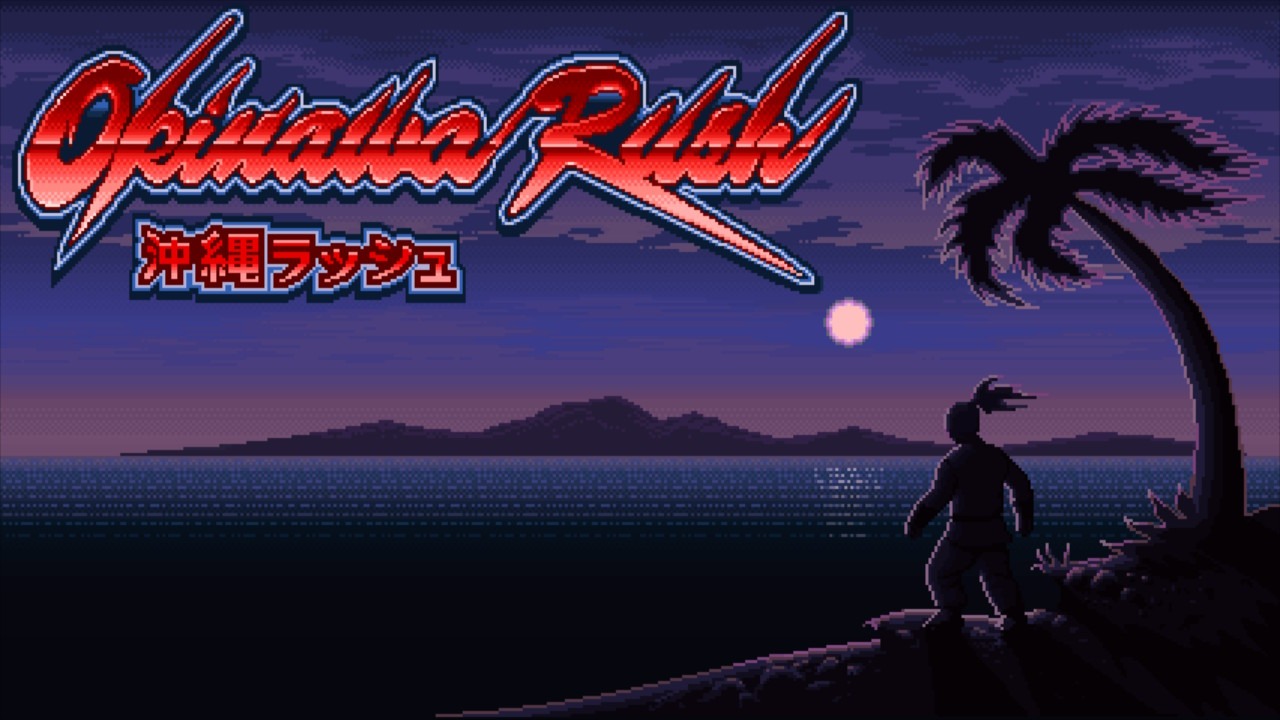 The audio in the game is top class. The voice acting is very well done as are the sound effects in the game. These are all absolutely brilliant. Whether you’re playing this through headphones, speakers, or the in-built speakers on the Switch, you’ll be sure to enjoy what you are hearing.

Due to the nature of Okinawa Rush it will last you a very long time. The arcade mode is great fun, and then we have the story mode to fight through. You can replay through the game to attempt to get better ranks on levels and the training courses. This of course will add time to your playthrough. This could easily last you 10 hours plus without any replays.

Okinawa Rush is a fantastic game that suits the Nintendo Switch perfectly. The levels of blood and gore in the game go really well with the 2D retro-style graphics. It all doesn’t come across as overboard on the levels of blood and gore neither, which is always good. Players will have a ton of fun with this game, be it on your TV or in your hand. I give Okinawa Rush the Thumb Culture Gold Award.