Moons of Madness is a first-person horror game developed by Rock Pocket Games & published by Funcom. The game was released on October 22nd on PC via Steam and will also be released on January 21st 2020 on Xbox One and PS4.

You are an engineer named Shane Newehart, stationed at “Trailblazer Alpha” which is a state-of-the-art research outpost on the planet of Mars. A somewhat mysterious signal has been found coming from the planet and the research outpost is there to try and help identify what the message is. Soon you begin seeing and hearing things that aren’t there. Visions, hallucinations, things that you don’t know is real or not. Are you slowly descending into utter madness?

Let’s jump on in and see why all’s not well on the red planet. 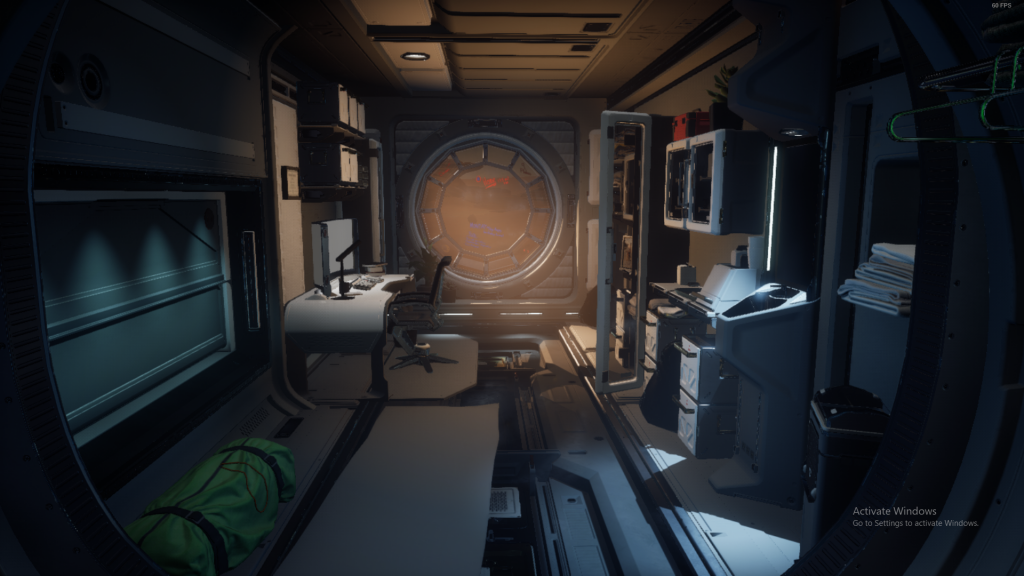 You begin Moons of Madness waking up in your room after a somewhat nightmare, or maybe a premonition. Your room is inside the research outpost, like many others, is a small rectangle sized room just enough for a bed, a desk with a computer and a window at the end to view the red dusty landscape. You are immediately in contact with your team with your radio as your main source of contact, and straight away you are given various tasks to do around the base, and at other locations too. During your time on Moons of Madness you will need to solve puzzles, read documents, unlock doors in order to progress through your objectives but it doesn’t take long for things to start getting very strange. Systems start malfunctioning, the greenhouse you come across is now filled with a strange mist and rooms are being infested with some sort of strange black tentacle-like roots everywhere. You soon uncover that other people are being haunted by nightmares too. Can this get any worse?

Yes it does, after a few completed jobs like restoring the power to the base, fixing the comms towers etc, the base you were working in starts falling apart, and you start seeing a disturbing tentacle-like monster which starts appearing at various times and chases you. Mix these together and this is where you really start getting the jump scares so you better run away. I forgot to mention that if you’re outside of the outpost facility or your vehicle, you only have a limited supply of air in your tank to stay alive. There are refill stations, usually in the entrance of buildings & in your vehicle, but the rest are scattered around so you need to find and remember where they are. You need to keep all this in mind, as you don’t want your air supply running really low, to a point where you die.

As more time goes on, you start losing where other crew members are, or where they should be, as they seem to be separating themselves from everyone to be able to work on something secretive themselves. The more places you visit becomes more & more flooded with these black tentacle-like plants, so you need to be mindful not to get too close or it will slowly start killing you. As you’re trying desperately to try and uncover what is happening and understanding how you stop it, you are at times transformed back into flashbacks of Shane’s childhood, so it really does go through the mill.

Moons of Madness looks visually really nice. It starts off reminding me a lot of the “Alien Isolation” game, when your navigating down the narrow corridors with the many automatic doors around you, too scared to go through them and see what’s around the corner. The only difference is your not on an actual space station and you don’t have a murderous Xenomorph on the rampage after you…or do you? Once you step outside in your space suit, this is what I really liked. The atmosphere of being on Mars, I just wanted to go around and explore on my own, just wanted to see what was over in the distance, but then I had to remind myself that I had to play the actual game. Even though it looked very uninhabited to the eye, it gave me an intriguing sense of what could be out there. I didn’t encounter any issues when playing on my GTX 1060 so it performed well. 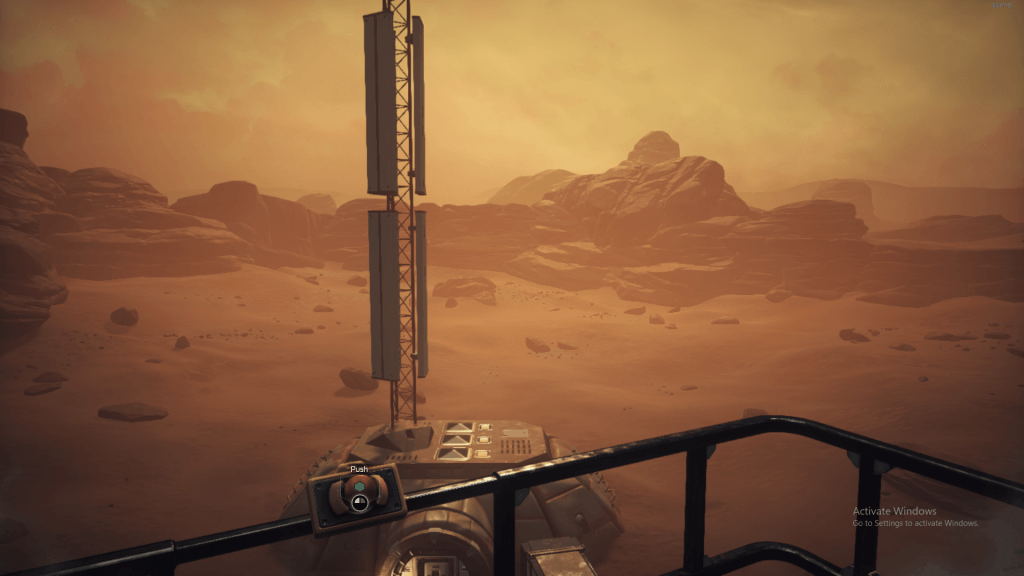 The audio in Moons of Madness is what you’d expect from a first-person horror game. Quiet with a hint of suspense in the times you’re walking around or doing odd tasks and then LOUD terrifying eerie sounds on the dramatic & shocking moments of the game. A sound that I thought was impressive was when the black like-tentacles or monster appears, the sounds reminisce of slithering and squelching, imagine walking across a very muddy field with nothing on your feet but in complete darkness, scary and very ewwwwww. 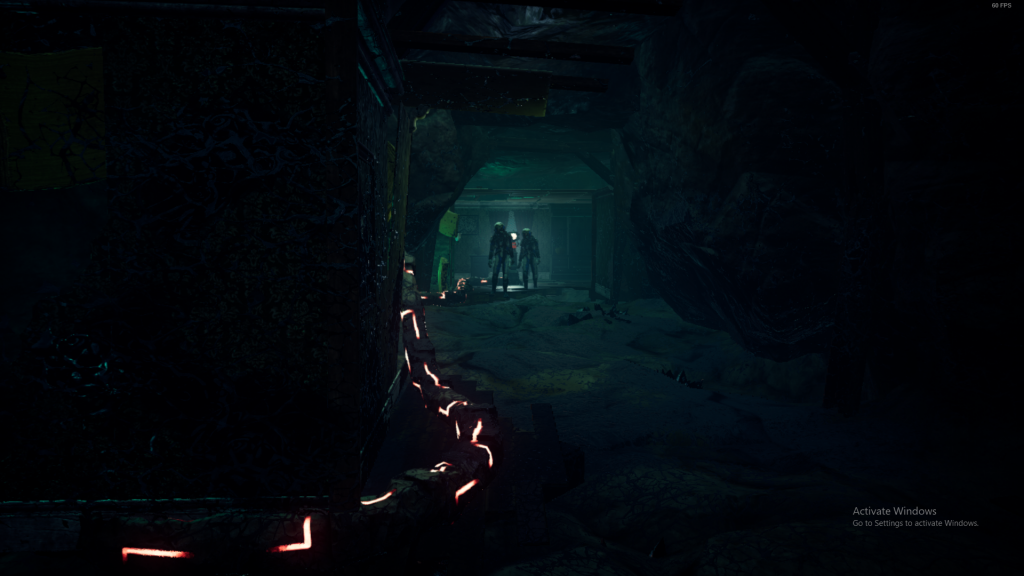 So Moons of Madness is a short game. It can take around 6-8 hours to finish, and maybe they could have extended it by another 2-3 hours or so, but I think it was just fine as it was. There are 2 endings to the game, but at the moment there is no real reason to want to replay again, as nothing will change the 2nd time. Only this time you will be accustomed to the environment of Moons of Madness and you know what to expect. Actually I have just thought of a reason to jump back in, see how far I can walk around Mars and see if I find anything? Will the game restrict me from going out to far? Probably. Apart from my air supply draining it’s worth a risk. Damn I should of thought of that earlier. 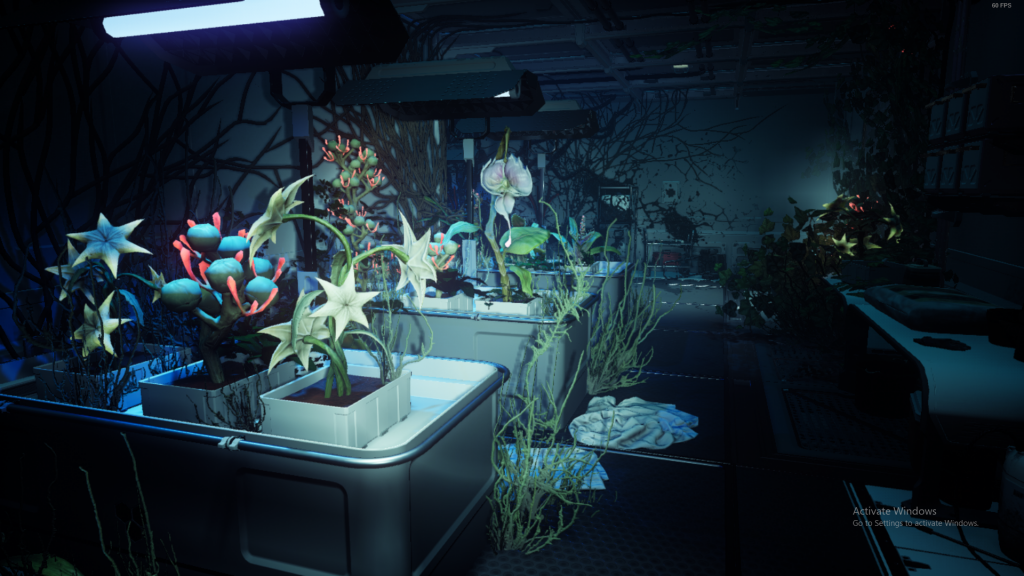 I must say I enjoyed Moons of Madness quite a bit and I thought the length time of 6-8 hours was decent for the price. It wasn’t that scary to be honest, and there were times where the game would try and scare you with something, but I didn’t have my view on whatever it was, so would often miss these things. I only realised this when I watched someone else play through the game. The interactions between characters on the radio is really well done, keeps the story interesting and progressive throughout. 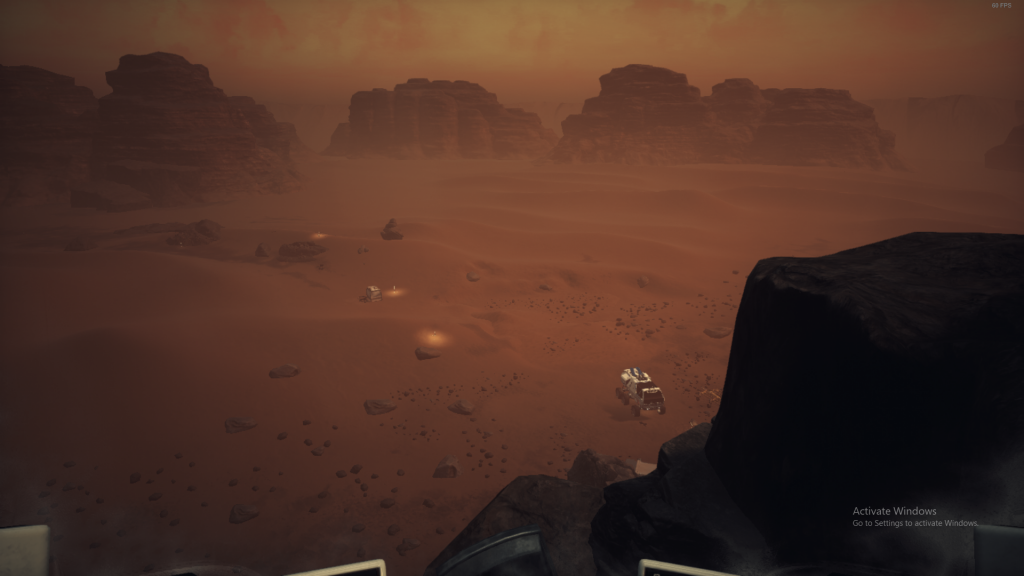 Moons of Madness was very easy to play, with no real combat and with just the puzzles that really took a little time to complete, but I liked it a lot. My favourite part was the eerie atmosphere of Mars, always fascinates me what could be out their beyond our planet, and to have a little experience of what that could be in game form, it scares me more.

As your character Shane at one point during the game says, “Mars sucks”….yes, yes it does Shane.

I am awarding Moons of Madness the Thumb Culture Gold Award!