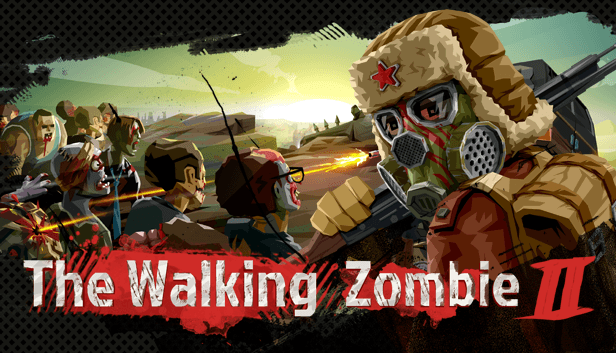 The Walking Zombie 2 is a single-player first-person survival shooter where, unsurprisingly, your main enemies are the world’s hordes of undead zombies. There’s plenty of satisfying combat action interspersed with a range of somewhat less satisfying cutscenes and dialogue encounters with other NPCs. You’re thrown in at the deep end (as zombie apocalypses tend to do), but the game’s learning curve isn’t too steep at first. Not for the chosen one anyway, but more on that later.

For someone who only recently completed seasons one and two of Telltale’s The Walking Dead franchise (I know, always late to the party), the zombie killing bug is still fresh in my nervous system, but how does The Walking Zombie 2 measure up?

Interestingly, is the honest answer here. As someone who’s more of a console gamer than a hardcore PC player, some of the basic WASD logistics of the gameplay felt clunky to me at times. However, it wasn’t hard to get used to once you start playing. The main mechanics are easy to follow and the integration of RPG elements into the story-focused gameplay prevents the zombie killing quests from becoming too repetitive, which, despite their increasing levels of challenge, they kind of are.

Quest-based progression is strong in The Walking Zombie 2 and the pleasant surprise of earning small hourly rewards ensures you’re not stuck without resources for too long. This matters, as you lose inventory items each time you die. The constant pop-up on the player map that encourages you to buy the ultimate version is quite annoying, but as the developer offers such a lot in the free to play version, it’s hard to complain too much about it.

Initial questing is a strange experience. One of the things that’s most amusing (and confusing) about The Walking Zombie 2 is the fine line it seems to tread between character-driven, well-rounded gameplay and a strange sense of juvenile delinquency. One of my first quests, for example, involved me searching through actual piles of polygonal shit coils to try and find a watch.

Fair enough, you’d think – we are in a post-apocalyptic zombie world, after all. And yet, there seems to be an odd fascination with these coils of human excrement; looking around the main encampment alone you’d think that humanity had fallen foul of knowing how to use a toilet…even if they are still able to manufacture and trade a range of firearms and consumables.

Either that or those chickens are on one hell of a new diet plan.

Anyway, you quickly discover that you’re the chosen one in this new zombie infused nightmare, born to save the world from the undead. Kind of like Jesus, but with stubble and a motorbike. You level up your character with a range of perks and skills, and as such, general character progression is quite well considered.

As the only one immune to the effects of the zombie virus, you’re in a pretty strong position to save the world. Which is pretty good going for someone who starts out on their journey with a frying pan as their main weapon. Luckily, there are a huge variety of weapons and consumables to look, buy and equip as you level up, which is good, because you’re going to need them.

Some of the key strengths of The Walking Zombie 2 come in the nods to other RPG and choice-driven titles. To open doors you need to hack into computer terminals in a manner reminiscent of Fallout 4 and pick locks as you would in Skyrim. These elements of the gameplay really enhanced things for me, and provided a welcome break from the zombie-killing phases.

To develop your character and move the game forward, you’ve got to upskill a range of attributes and work on your own personal karma, in a similar vein to the choice and consequence-based narratives of Fable and of course, The Walking Dead.

The set waves of zombies in the killing encounters work really well and the variation in the types of enemies and bosses you meet is actually quite fun. I wasn’t expecting to be bashing down undead dogs with a frying pan, but The Walking Zombie 2 delivered them up regardless.

The zombies are relentless and they come at you from all angles, which enriches the encounters as you level up. If you’re looking for fun ways to shoot, bash and smash zombies to bits, this is a great and often funny game to do that with.

One thing The Walking Zombie 2 does fall a bit flat on is it’s dialogue scenes and character interactions. Some of the voiceovers in the cutscenes aren’t that great and the tutorial and inventory descriptions aren’t always clear. Also, some of the English dialogue used in character interactions is pretty stilted and creates a clunkiness around each quest.

The Walking Zombie 2 uses polygonic animation with a distinctly Minecraft feel (albeit with more blood and guts). It looks, well, cute…which is kind of out of sync with the death and gore themes of the story. Somehow though, it all works very nicely together, and the ultra-high resolution graphics ran smoothly up to a 100 FPS on my PC. It looks very well put together and there’s a well-thought-out level of detail in the quirky texturing. Blood-sprays in polygon format were a first on me, but weirdly, I liked them.

Some of the voiceovers and background audio in The Walking Zombie 2 aren’t the best and are actually quite jarring at times. Whether or not this is intentional, I’m not entirely sure, but it’s fair to say that the heartbeat audio effects in the initial scenes of the game definitely enhance the sense of immersion. The basic piano tinkling can be a bit obtrusive and does get quite annoying after a while, so perhaps mixing up the backing tracks a bit would help counter the feeling of repetition The Walking Zombie 2 begins to instil after a few quests.

There’s plenty to do in this game, but there are a few drawbacks with that. Whilst The Walking Zombie 2 does offer a lot for a free to play game, it still very much feels like a mobile game that’s being played on a PC, rather than a PC version of a mobile game.

You could easily spend more than a few hours working your way through the quests, but how much enjoyment it’d bring you long term depends on whether or not this is your style of game. Personally I got frustrated quite early on, as I often felt as though I was on some aimless checklist of errands for my fellow campmates, without any sense of my character’s own personality or purpose.

Again, the degrees to which this will matter to you will depend on the type of gamer you are, but for me, if you’re going to integrate RPG into a game, you’d better give me a strong sense of purpose, as well as the ability to explore. For me to play this on a longer-term basis, I’d need the ability to explore the open world more freely.

The structure of The Walking Zombie 2’s gameplay enables you to only travel within set location points on the map, as far as your tank of gas will allow. This feels a bit suffocating at times. Given the ability to explore the zombie-infested wilderness more, I’d have been much happier to play The Walking Zombie 2 for longer.

Is this a good game? Yes. Is it the kind of game I’d play repeatedly? Probably not, if I’m honest. Despite it’s best intentions, The Walking Zombie 2 fell a bit short of fully engaging me with the story. While I enjoyed it at surface level, I found myself becoming easily bored with the errand-based zombie waves quite quickly.

The main issue is that It takes far too long to get to the interesting stuff in the middle, and unless you’re the kind of player who is happy to persevere with scavenger hunts and ‘kill x amount of zombies’ every time, you might give up on it before it gets to the main point of the story.

While I really do like the RPG elements of The Walking Zombie 2, there wasn’t quite enough flexibility within the game for me to fully explore the open-world environment and develop any real sense of the character. This isn’t a huge issue if all you’re wanting to do is zap zombies and rack up a high score on a mobile game, but for PC gaming, I’d kind of expect a bit more out of it.

That said, it is a pretty fun and enjoyable game, and it definitely left me wanting more, although possibly not in the way the developers might’ve hoped. It has a lot of potential, although it’ll definitely be more of a hit with some gamers than others. For this reason, I’m giving The Walking Zombie 2 a Thumb Culture Silver Award.