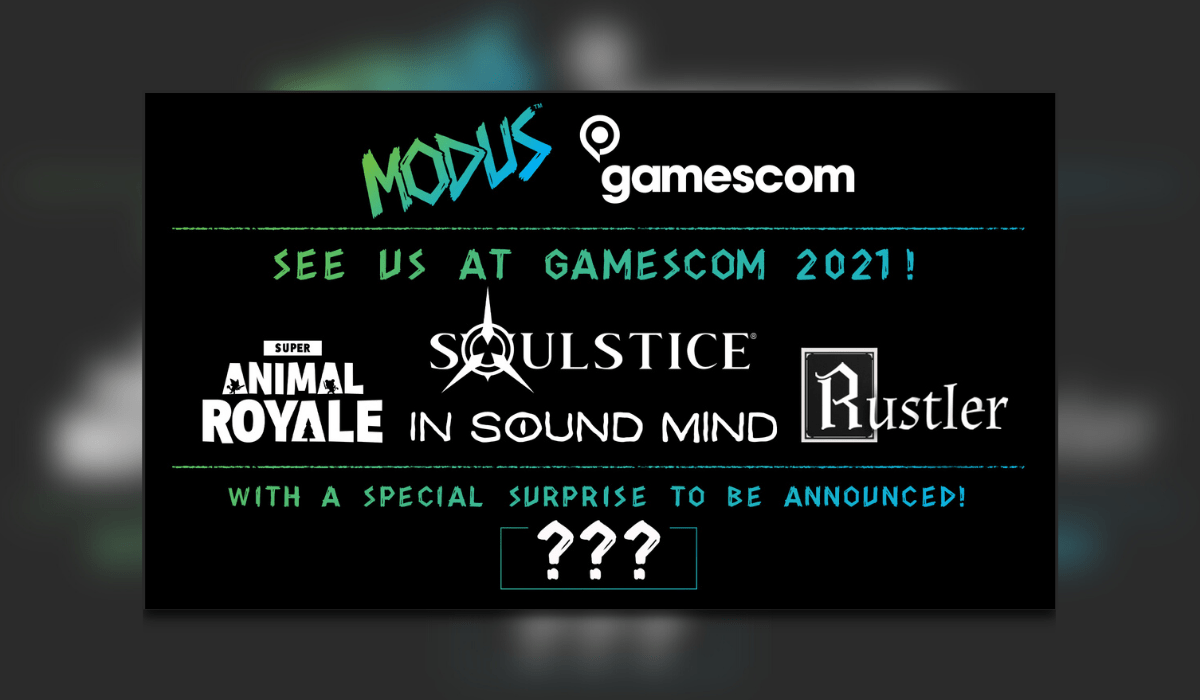 Modus Games heads to Gamescom with a stacked lineup and announcements from Soulstice, In Sound Mind, Rustler, and Super Animal Royale. Plus a special announcement is planned. As an official partner of Gamescom, which runs from August 25-27. Modus Games unveiled them ahead of the opening ceremony. Originally announced during the PC Gaming Show at E3. Soulstice is a stunning hack-and-slash action title developed by Reply Game Studios. It puts players in control of two characters at the same time.

In Sound Mind from We Create Stuff is an imaginative first-person psychological horror adventure that pits players against the unpredictable dangers stirring within deep memories. Created by the team behind the legendary Nightmare House 2 mod, In Sound Mind twists seemingly simple recollections into odd encounters with terrifying threats, frenetic puzzles, and a mysterious talking cat for good measure.

In Rustler, developed by Jutsu Games, you’ll play as anti-hero Guy, a brigand determined to win The Grand Tournament for its illustrious prize. Saddle up and prepare to complete quests, terrorize townspeople, shoot cows into the sky and cause an absolute ruckus as a medieval marauder in Rustler.

Super Animal Royale is a battle royale with a zoological twist. Play as your favorite cuddly, genetically modified animal picked from 300+ breeds. Find your style with 600+ cosmetic items, and jump off the back of a Giant Eagle and into a 64-player fight to the death. You’ll fire shotguns and sparrows, toss grenades and bananas. Ride emu’s and hamster balls all the way to the top of the food chain. The explosive top-down action pairs perfectly with an expressive flat-design style. The innovative fog-of-war system enables a game that’s as deep and strategic as it is fun and accessible.

You can check out the Soulstice trailer breakdown and developer interview below.