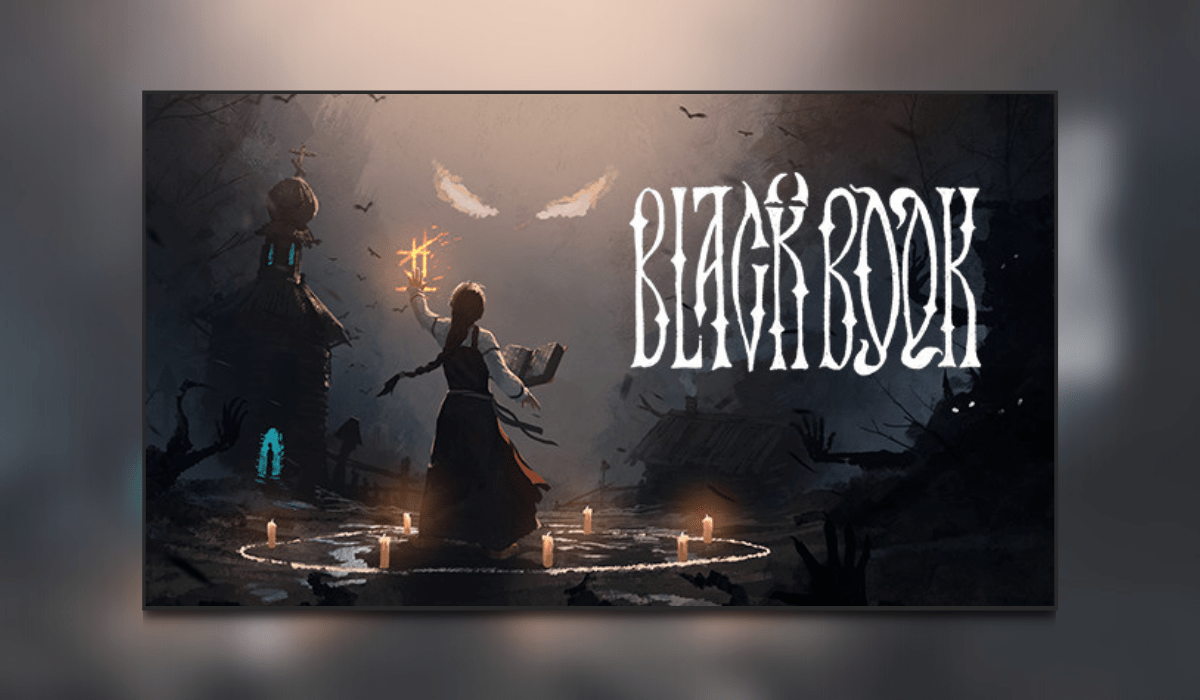 Black Book is a deck-based action-adventure title that also has a whole load of other stuff thrown in. Developed by Morteshka and published by Hype Train Digital and designed by Vladimir Beletsky, there is nothing to not like about the visuals of this title. Initially released in May 2020, Black Book is available across most platforms including macOS.

Black Book – The Sealed Book That Holds The Answers

I have been playing many titles that I wouldn’t usually pick up lately. This has been broadening what I play and what I look out for in a game. Black Book stood out to me due to the beautiful environments along with what I can only describe as a fairly dark storyline. Check out my previous review here.

Black Book is a deck-building adventure RPG detective title. That’s right all of them in one. You control Vasilisa, who loses her fiance but does have one way to get him back. That way is to become a witch and master the art of the Black Book. For Vasilisa to get her fiance back from hell, she must break the seven seals of the Black Book. Finding your feet as a witch isn’t easy. Thankfully the game has some really helpful dialogue to help you on your way.

You could class each of the seals as a level or a story within the game. Each seal contains a demonic monster to overcome as well as a story to tell. There are many battles to be won in the game. Battles within Black Book are won using a card deck, Each one is built up of attacks and defense (orders and keys). When these are then put together they create a spell which is then cast and Vasilisa attacks. You win the battle when your opponent has no HP available.

Obviously, this is the main game. However, within it, you have a ton of other elements. Like traditional Russian card games with Old Egor, not going to lie this took me a while and a good while to work out how to play. We also can not forget about the villagers, they come to you with their problems and you help them in whatever ways you can.

One thing that really stood out to me in Black Book was the ability to level up your character and learn new things. Platformers similar to this usually stick you with the same abilities throughout. This certainly adds another depth to the title which will draw people in. Another little addition that has really expanded the game is sidequests. Within this title, you also have the ability to choose whether or not you want to do them. In turn, making the game whatever length you want it to be. However, I would advise completing these as this helps level your character up and get extra abilities. Such as learning more about Demonology!

The graphics on Black Book are ridiculously clean with no rough edges. This vastly helps improve the simplistic art style of the game that has been lovingly designed through and through. I was taken aback by how great it looked on my screen on the first load. The colours that are used within all the assets lend to creating the right environments which only add to the gameplay. Dark moody scenes create a world made for a dark detective that would give Sherlock a run for his money.

The audio on Black Book is extremely folksy and mythical. I wouldn’t want it any other way, the charming yet sometimes dark soundtrack goes hand in hand with the storytelling. As the soundtrack isn’t overbearing it also ensures you have quite a relaxed gaming experience. Even if you are dueling with demonic monsters!

Players can skip the cut scenes and rush the dialogue in Black Book. This could ruin the story by skipping through, resulting in a bored player. This obviously speeds up game time which I do not recommend. Although this title isn’t massive there is an amazing storyline afoot that you do not want to miss. There are a few different difficulties on offer for players to try.

For me, I would rather the first playthrough be slightly harder as it would make the game more enjoyable. I am not sure a second run on Black Book would be half as interesting as the first.

I have extremely mixed thoughts on Black Book. On one hand, I loved everything it had to offer. It felt like a Russian folklore tale and had an encyclopedia that grows with the game. Just how much of this is based on real-life folklore I do not know. Either way, it was capturing. However, on the other hand, at times it wasn’t as captivating which led to making the game feel slow.

Needless to say, and I know I keep returning to them but the graphics really made up for this at times. I think this is a title which many will love and could become a highlight of their year, others not so. However, you can not get away from the fact that overall it is an amazing title with a lot to offer. I award Black Book a Thumb Culture Silver Award.