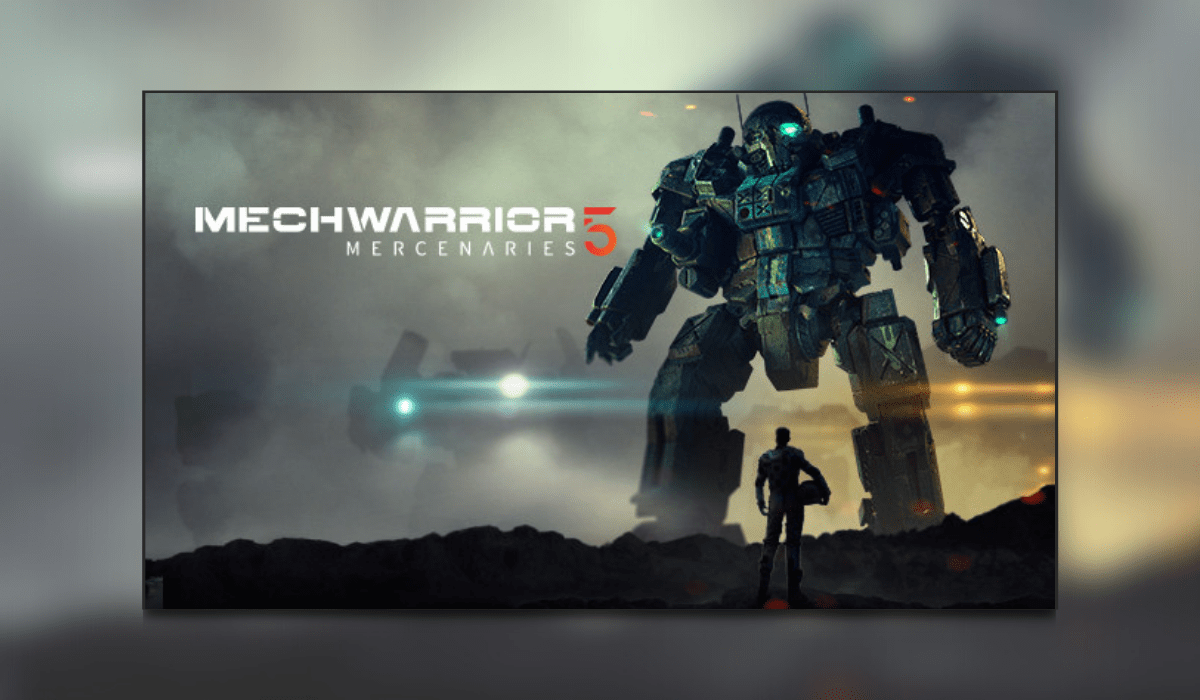 In a surprise turn of events MechWarrior 5: Mercenaries arrived onto PS5. This was the first time the series had been on PlayStation consoles since MechWarrior 2: 31st Century Combat. For those of us old enough to remember that was on the original Playstation back in 1995.  Craig reviewed the PC version back in 2019 where he awarded it the Thumb Culture GOLD award.  To see his review click here.

Sadly there was a rough first impression that gave me cause for concern when I sat down to experience Mercenaries and all of the available DLC packs. Several crashes caused me to uninstall and reinstall. It is worth noting here that this was after the game had officially launched. Hardly the start to the series that I was looking forward to.  My game-breaking bug which bizarrely didn’t feature for every player, did get addressed in a subsequent patch a few weeks later.

When I finally got going I must confess that it made me feel like a kid again, stomping around in big robots in a sci-fi setting!

It is exciting being inside a big hulking Mech armed to the teeth will all sorts of arsenal and lasers. This series pathed the way for games like Titanfall, Battletech, and Strike Suit Zero.  The game starts with a much-needed short tutorial . I felt was essential as the last time I played Mechwarrior was that 1995 release of Mechwarrior 2 which was 26 years ago.

The tutorial gives you a clear view of the size of these mechs as you step into the hanger and walk towards a platform that raises you so you can climb into the cockpit. You are told that this mech is over 200 years old…and it feels every bit of it.

I discovered my first issue, the controls are not thought of with console gaming in mind. There are 2 views Cockpit and Drone giving you either a first or third-person view. Switching between these is simple, however, you can move your legs and torso independently from each other. The ability to rotate your view so that it is different from the direction you are running sounds excellent. The way this is implemented is ridiculous, there is the ability to lock your torso to your legs. This is really going to hurt you later when battling multiple oncoming enemies.

As you can see the small map shows both a cone shape and a dotted line. The cone shape indicates the direction your legs are heading and the dotted line is your view. This is the first feeling that you can see the game being ported from PC to console. Largely the mechs feel very similar apart from the lightweight javelin that has speed but little armour.

Before each mission, you are given negotiation points which you can use to increase your rewards. There is the option to take out damage coverage, which covers the repair cost. For example, if you can use a point and it awards 200,000 c-bills any damage less than this will be paid for. There is also the option for airstrike support which can make a difference in high combat situations. After a while, the missions do become very repetitive and you find yourself wishing the mech was faster. The steady stomp of your choice of mech whilst being told to hurry and defend an area will make you want to tear your hair out.

There are two paid-for DLC’s available for the game.  Firstly there is Heroes of the Innersphere. 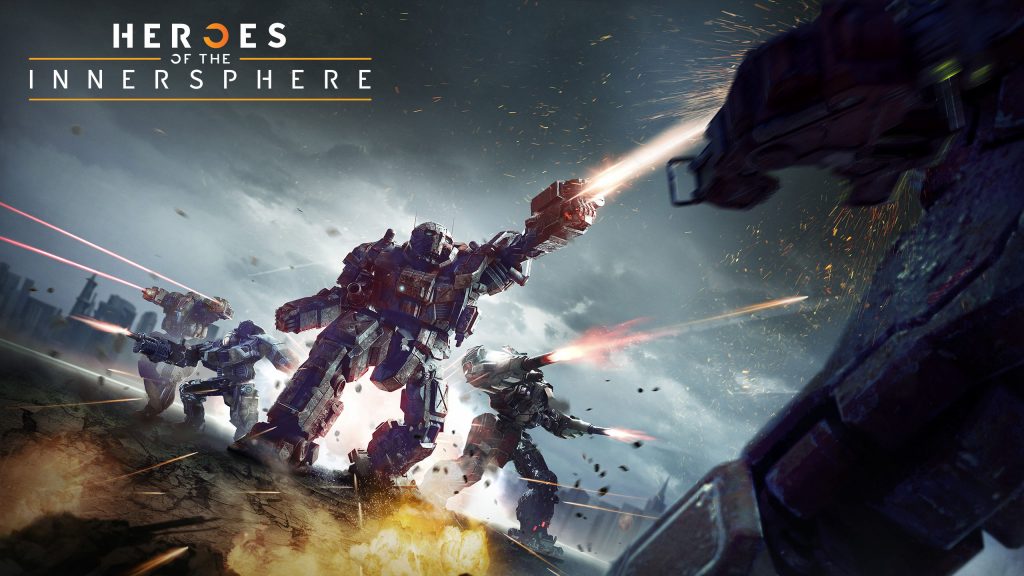 Heroes of the Innersphere brings with it a new career mode that will see you progress through the ranks.  Work your way up from War Dog to Treasure hunter. Along your journey, you will find new warzones that bring with it new challenges, new quests and ultimately new missions.

If starting a fresh career isn’t your thing then you can import your career progress from the original campaign and expand from there.

You are in control and must forge your own path during the Succession War Era!

Features for the DLC include:

New Missions:
Hunt down 7 new heroes and their hero mechs in the story-driven Hero Quests.
New music tracks set a more diverse and epic tone to the game.

Artillery and Airstrikes:
Avoid enemy airstrikes, call in air support to deliver devastating bombardments, or use TAG/NARC on specific enemies for precision airstrikes

New Weapons and Equipment:
ECM, EWECM – an Electronic Counter Measure creates a distortion bubble that jams opponent’s sensors and HUD and reduces their ability to detect you or target effectively. Use counter mode to disable an enemies ECM.

The second DLC is Legend of the Kestrel Lancers.

It includes a brand new linear campaign that sees you join up with House Davion’s crew called Kestrel Lancers. Experiencing all the action during the 4th Succession war, this expansion features 14 new campaign missions, all-Out war scenarios with combat on a larger scale featuring 7 new questlines that include 10 scenarios. There are brand new cities designed with urban combat in mind.  I had a lot of fun fighting in battles set during the famous Inner Sphere conflict and experiencing first-hand the frontlines of the 4th Succession War with the 14 new campaign missions.

Features of the Kestrel Lancer DLC include:

New Linear Campaign:
Features a new linear campaign with unique mechanics, authored missions, and custom dialogue and cinematics.  There are new random rewards from Assassination Missions, and surprise Artillery on Raid Missions, keeping you on your toes!

All Out War:
Experience All-Out-War scenarios with large-scale expansive combat in 7 new questlines that include 10 new “battle” scenarios.

Large City Urban Combat:
Fight in new cities that are massively larger than any previously experienced, never knowing what’s around the next corner.

If you do decide to buy the game there is certainly a lot of expansions available for it that enrich the overall gameplay!

The variety of different biomes is superb and certainly gives a plus to using the third-party drone camera angle. This gives you the option to see the variety of landscapes on offer. I did get that “next-gen” feel from it as you walk across grassy landscapes and walk over trees especially if you prefer the cockpit view. Explosions are impressive and give you that sense of accomplishment as you watch your enemies explode.
You would be forgiven for thinking that the same level of detail would be put into buildings being demolished. Unfortunately, this is far less impressive as buildings fall down in blocks and just give that empty shell feel.

One area that is visually impressive is back at the base. This provides you with a guide as to just how big the mechs are and is a stark contrast to the other environments. This is a much more solid structure with steel beams and stairs that wouldn’t be out of place in a first-person shooter.

The soundtrack does fit well with the feel of the game and merges seamlessly with the tone of what is happening. The voice acting is for the most part good and helps to push the importance of the mission and the story.  It certainly helped immerse me into the action and storyline.

I wanted so much to enjoy Mechwarrior 5 Mercenaries however it took until a recent patch to make the game even playable. I experienced more crashes and errors than in any game that I’ve played in recent memory. This caused a lot of frustration and that initial excitement had gone for a while as I was unable to play for more than 10 minutes.

The feeling of it being a port from the PC sadly never really went away.  Although it has cross-play capabilities the lack of matchmaking made it feel that it is solely aimed at a couple of friends who enjoy the series and not for finding new players. It is for these reasons that Mechwarrior 5 Mercenaries stomps home with the Thumb Culture Silver Award.