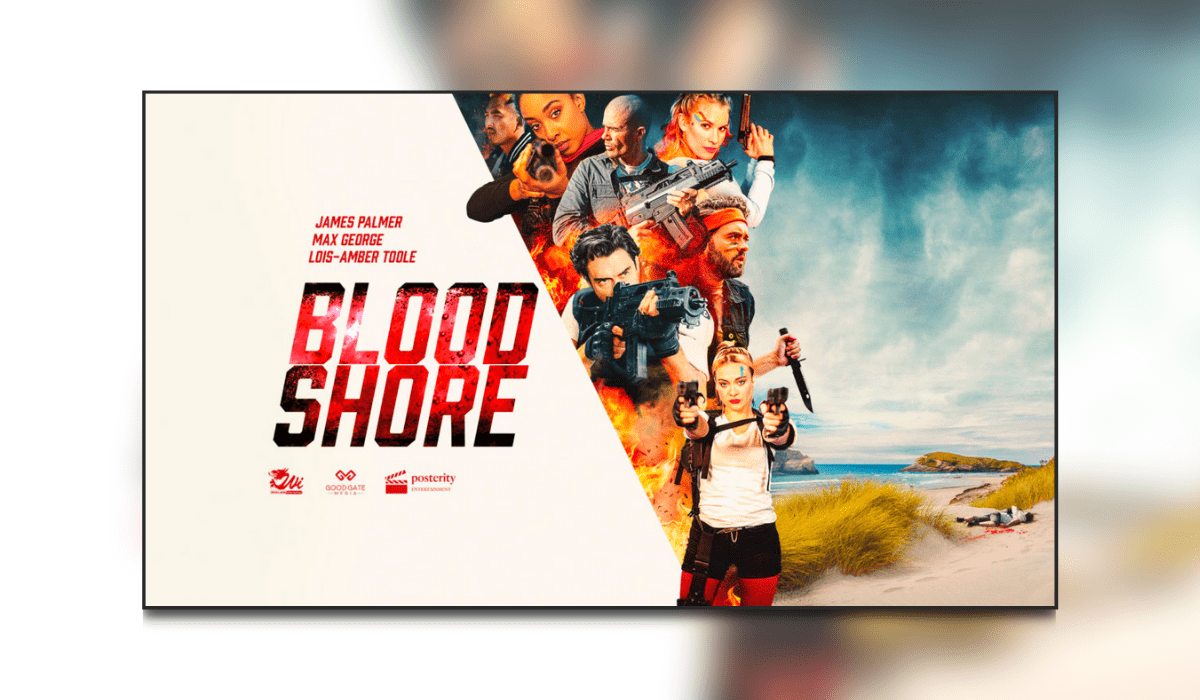 Developed by Wayword Pictures, Posterity Entertainment, Good Gate Media, Wales Interactive, and published by Wales Interactive. Bloodshore is an interactive action movie that was released on the Playstation 4, Xbox One, PC, and Nintendo Switch on the 3rd of November 2021. So let’s see if we have what it takes to win in the Bloodshore Xbox One – Review.

Once again we delve into the minds of Wales Interactive and check out their latest FMV. With each game getting better and better and with bigger budgets. This time they take on the Battle Royale scene that has been dominating video games for the last ten years.

If you enjoy enjoyed reading this review and are a fan of FMV video games. Why not check out my previous FMV review here. Also, check out my latest review here and you can also catch up with what the rest of the Thumb Culture team are up to on our social media.

So for the last ten years or so the battle royale scene has been everywhere. In video games, in television series, and in movies. But this time we have a combination of movies and video games. Bloodshore sees you take on the role of Nick Romeo. A former child actor who enter the worldwide phenomenon television series Kill-Streak.

Kill-Streak is a battle royale-style television series that also streams around the world. Pitting six groups of eight people that are airdropped onto an island against each other. But what the audience doesn’t know is that the company behind Kill-Streak is deep in debt and is exploiting the rules of the game just to boost the ratings.

So it’s up to Nick who has been sent by a rival company to expose to the world that everything they see is fake. Along with your travels can choose to make allies or go commando if you wish by just choosing the option to kill people as you see them. Just like any battle royale. The aim of the game is to be the last person standing.

Choose your friends very carefully as one mistake could spell the end. Of course with Bloodshore is a completely interactive experience. Once you make a choice you are stuck with that choice. There are no do-overs. Well not unless you restart the game but where is the fun in that.

Once again we come to graphics but what can you say about an interactive video game that doesn’t use graphics. So let’s look at this from a movie perspective, shall we? Well, once again the production value bar has been set high. With the location obviously being set on an island the views are stunning.

Abandoned buildings and workplaces are used in many scenes. Giving you that all too familiar feeling of playing certain battle royale games like Call of Duty or PUBG. The acting from almost all the actors is really decent, especially from main lead James Palmer. Every scene is played brilliantly that co-exists with the next scene because it is choice-based. Some games tend to get the scene transition wrong but Bloodshore does it just fine.

The audio was absolutely fine in my opinion. The choice of subtitles and many audio languages to choose from I think is really good. Throughout the whole experience, I had no problems whatsoever in the graphics or audio department.

Bloodshore is the game that just keeps on giving when it comes to replayability. While the longevity of a single playthrough is roughly around two hours. The number of choices that the game has to offer will always give you another playthrough. There are so many different endings and choices and different narrative choices to make.

I would estimate that there are at least 20 hours of gameplay to keep you going back. Because trust me when you finish one playthrough. You just have to play another one to see a different outcome by making different choices from the previous game.

My final thought is that Wales Interactive and the team have once again given us an interactive experience that always seems to get better. I can say that I fully enjoyed every playthrough of the game and the multiple endings and playthroughs. You just get hooked into playing it just one more time. In fact, even now writing this Bloodshore – Xbox review I need to give myself another playthrough.

So it’s with great pleasure that I give Bloodshore the Thumb Culture Gold Award.