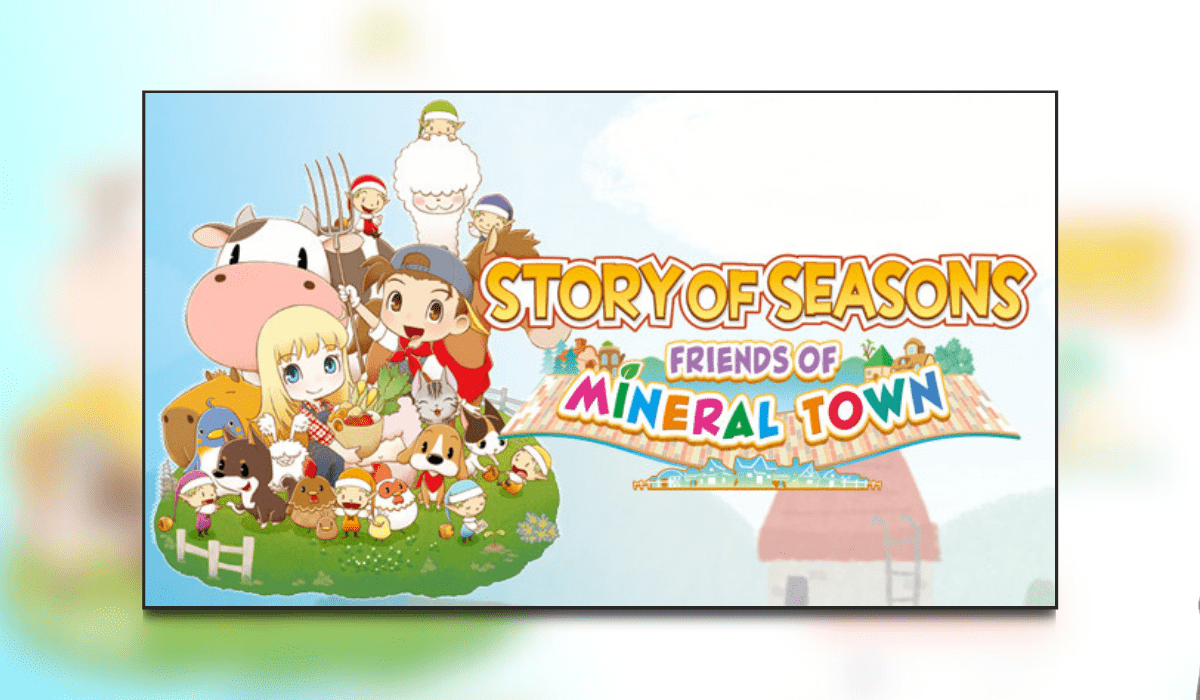 Story Of Seasons: Friends Of Mineral Town – It’s The Little Things In Life

Every now and then a video game will randomly appear in your life and just take you by surprise. This is one of those occasions because Story of Seasons: Friends of Mineral Town made me think differently about this genre of gaming. So strap in people because we could be here a while.

If you enjoyed this review then why not check out my latest one here. You can also catch up with what the rest of the Thumb Culture team are up to on our social media. So let us crack on with this Story Of Seasons: Friends Of Mineral Town – Xbox Review.

So there are video games out there that take you away from the problems of the world. Whether it is a well-written story game, a puzzle game to stimulate the brain, and then there’s Story of Seasons. A little video game that is the pure definition of making time fly by.

Story of Seasons: Friends of Mineral Town is a simulation, RPG game where you inherit a farm from your late grandfather. It’s down to you to make a profit by raising livestock, growing crops, mining, and crafting. While the game leaves very little in the way of a story, it makes up for it in every other aspect. Let’s just say that you can use your imagination to make your own story.

There is so much to do in this little town that it makes your head spin so bear with me. This game is all about the grind. Right from the start, it all feels like a constant grind. While in most video games a grind can be unbearable. There’s something very charming about it here.

You start off with just basic farming and mining tools but through collecting recourses. You can upgrade these to make them better which is essential for things later in the game. Plus it can be a huge time saver.

Each year in Story of Seasons: Friends of Mineral Town is broken into four seasons. Spring, summer, autumn, and winter. Each season has its own crops that need to grow with some taking longer than others. Each will bring in some reasonable profit for you to sell. You can also keep some as ingredients for a bit of cooking that’s available in the game. So turn those crops into a yummy dish and either sell it or give it to someone who you think will be a love interest.

Not only do you have crops to attend to but each season also comes with its own events and residents’ birthdays. So be sure to make the most of each season because waiting for the same season to come around again will take time.

Life of a Farmer

While there are so many things to keep you occupied there are other ways to pass the time. Caring for your livestock can be fun. You can feed them, brush them, milk them, and even sheer them. From lovable chickens to fancy pink alpacas. Now while selling crops and dairy from your livestock will bring you some profit. It won’t see you get very far when you have to upgrade tools and upgrade buildings.

So that’s where mining comes in handy. There are two mines in the game. One that is available throughout the whole game and one that is only accessible in the winter. It is essential that you mine for resources as you not only need them for upgrades. But they bring in a tidy profit as well.

Now being a farmer can take quite the toll on you. So it’s best to make some friends along the way. Maybe some love interests and even marriage. There are many residents in Mineral Town, each with their own likes and dislikes. So romancing someone isn’t easy as it takes some serious time as well just like everything else. But getting yourself a spouse does make life easier around the farm.

Also in Mineral Town are some little elves that are called sprites. These little guys can be a godsend when they like you. Yes, you have to befriend them by giving them gifts and attending tea parties. They will help you on the farm by watering your crops, feeding livestock, and just doing general housework. So making sure these little guys are your friends is a must.

While writing this Story of Seasons: Friends of Mineral Town Xbox review, I did a little research into the soundtrack, and just as I imagined the soundtrack is done by the same composer as other Story of Season games. Mr Ai Yamashita is in a league of his own. When it comes to video games of this genre in the west. He’s the man to go to.

The soundtrack is fantastic with a different score for each season in the game. You also get the chance to buy records in the game. So you can listen to the man’s previous work in other games such as Harvest Moon.

The graphics are great. Bright and colorful with that western vibe to them. With each season taking on its own form from falling leaves in autumn to Christmas lights in winter. Can honestly say I didn’t experience any problem at all in both graphics and audio.

Believe me when I say you cannot finish Story of Seasons: Friends of Mineral Town in a week because you just can’t. Hell, even a month would be a push because this game takes grinding to the extreme. I was at this game for over 80 hours. Yes, over 80 hours, and I was still not finished. Now I am partial to 100% completing a game but I just don’t think I have the mentality to do it. While the game goes at a steady pace, be prepared to spend some hours.

My final thoughts for Story of Seasons: Mineral Town are that while the game can be too much of a grind. The whole experience is just absolutely fantastic. It really does warm your heart. I will always look back on it with fond memories of the time I spent farming, and getting attached to my animals. If you ever feel down and need cheering up then this is the game for you. Just be prepared to think that playing the game for an hour will only be an hour. Because it’s just never one hour.

So that’s why Story of Seasons: Friends of Mineral Town gets the Thumb Culture Platinum Award.