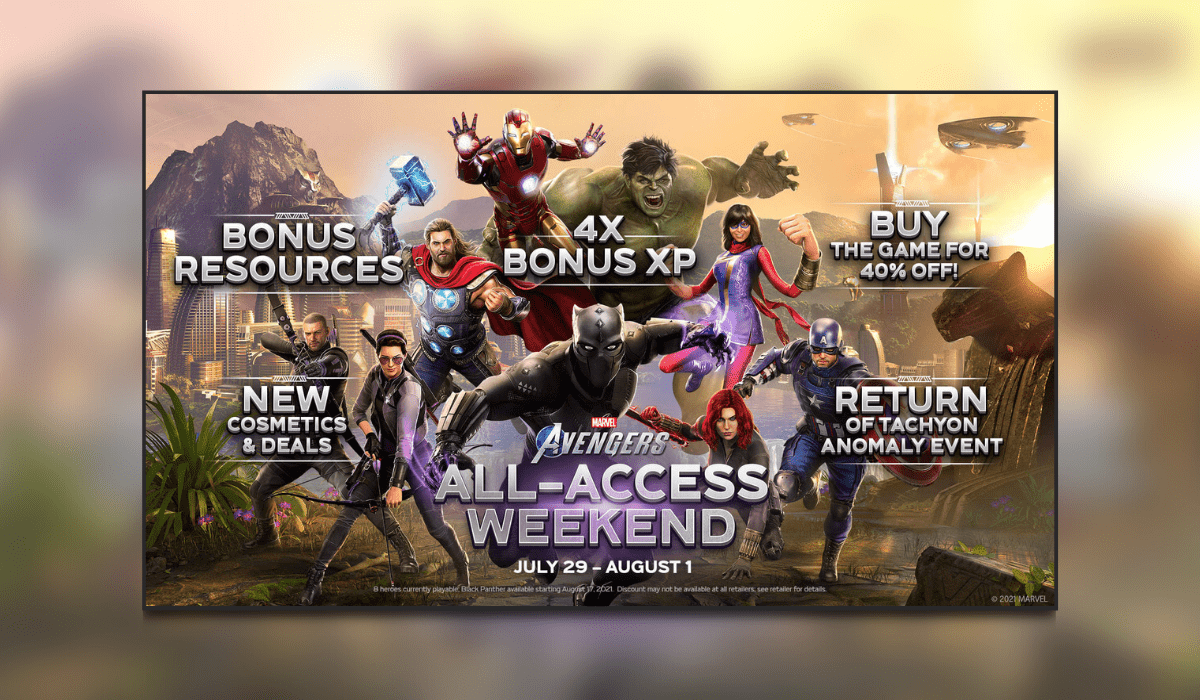 Marvel’s Avengers: Black Panther is almost here! You will need the base game of Marvel’s Avengers to play the DLC, but it comes at no extra cost which is rare these days for added DLC to a video game. Yes…it’s totally FREE!

Marvel’s Avengers begins at A-Day, where Captain America, Iron Man, the Hulk, Black Widow, and Thor are unveiling a new, hi-tech Avengers Headquarters in San Francisco. The celebration turns deadly when a mysterious enemy causes a catastrophic accident which results in massive devastation. Blamed for the tragedy, the Avengers disband. Five years later, with all Super Heroes outlawed and the world in peril, a sprawling adventure ignites when a determined young woman named Kamala Khan sets out to reassemble and rebuild the Avengers to stop the unchecked power of the secretive new force known as AIM.

Make your way through the single-player campaign to build up your Avengers roster and restore their powers. You’re gonna need those powers to take down AIM. Make your own playstyle that suits your needs for each powerful Avenger. Customize your character with some classic and fan favourite costumes as well as some all-new outfits inspired by over 80 years of Marvel history. With a unique combat system and a level scaling difficulty. Taking down enemies can be tougher than you think.

Marvel’s Avengers also offers online play. With a helicarrier as the base of operations. You can launch solo missions or take on Warzone Missions in cop op at hotspots that happen around the globe. You and three other players can assemble to defeat escalating threats that only the Avengers can overcome. The best part is that all future DLC and an array of updates that are always adding new areas are completely free.

So get ready to wield Thor’s mighty hammer, reload Black Widows pistols and dust off Hawkeye’s bow and get ready for Black Panther coming to Marvel’s Avengers.