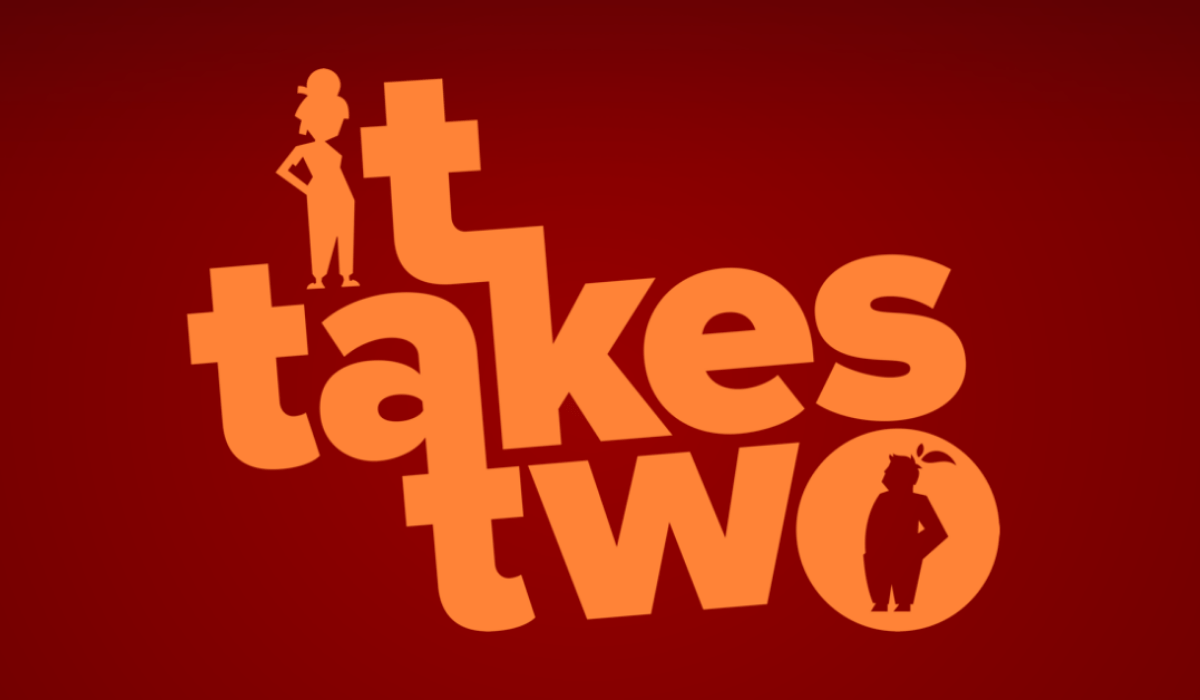 It Takes Two is the latest game from developer Hazelight Studios who previously brought us Brothers and A Way Out. It is a strictly co-op only game where communication and collaboration are absolutely essential for progression. Hazelight has taken their formula from A Way Out, refined it, and amplified it by 100!

Cody and May are a couple with a young daughter, Rose. After overhearing the couple talk about getting a divorce, Rose gets upset and cries while holding hand-made doll representations of her parents. When the tears hit the dolls, a spell is cast and May and Cody’s minds are transported into the dolls. Now they must work together with the guidance of ‘Love Book’ Dr Hakim to get back to Rose and return to their bodies.

It Takes Two – But It Gives So Much More

My partner and I love a good co-op game, and also a little competitive couch multiplayer. What are your go-to games to play with someone at home, rather than online? Give us your picks in the comments below!

It’s hard to know where to start. It Takes Two is not your average video game. At the start, each player will pick a character, Cody or May. They both have a standard set of abilities shared by the other. These are jump, double jump, dash, and ground-pound. They’re also able to rope swing from designated points in the environment and grind on rails. With these skills, you will be able to traverse the vast area of each level and solve puzzles together.

Collaboration is a word that comes up often in the story, and for good reason. You can not progress alone; it really does take two. Many of the puzzles require careful coordination with your gameplay partner in order to achieve the solution. One person may need to weigh down a seesaw to allow the other to reach a platform, or one might have to cover an enemy or obstacle in sap so the other can ignite it.

In terms of variation in mechanics, you’re going to struggle to find a game with more. We were riding mounts, rail-grinding, solving ball-maze labyrinths, tackling obstacle courses,  manipulating time, and completing rhythm challenges, just to name a few. This is without mentioning combat and boss fights, of which there are plenty. The sheer size of levels, and the opportunity to find things to do, impressed me all the way through to the end of the game.

Alongside the main gameplay, there are 27 mini-games for you to find. These are mildly hidden in a few chapters throughout the story and range from shooting galleries all the way up to a (practically) fully implemented board game.

I’m blown away at the artistic design and scope of It Takes Two. Each and every level has its own theme and is packed with vibrant, thematic details. The screenshots included here and only a handful of the 2 dozen or so that I took when I was able to un-immerse myself in this fantastic wonderland. There’s so much attention to detail and care put into each environment, it can be hard to not just wander around in awe.

Even though the setting of each level is so different from the previous, the gameplay elements that persist throughout, such as rails and hooks, always stand out enough to notice. The UI is also clear and concise. Button prompts are readily shown when an object is interactive and health indicators for you and enemies are readily available when required.

When there is background music during the levels it stays in the background without drawing much attention. I didn’t really notice much of the music while playing, but the game requires quite a bit of attention so my mind was ultra-focused on what we were doing. Things do ramp up during boss fights though for sure. Dramatic tracks accompany the fights, adding to the tension of battle.

One thing I did notice, was the many sound effects for the mechanics in each level.  The sound design here was great. Whether it be whipping nails through the air and into wood, smashing glass, or bouncing on inflatables, the accompanying sounds were very satisfying.

The main story, along with taking time to explore levels and find as many of the mini-games as we could on our first playthrough, took around 15 hours. There were still 7 mini-games we hadn’t found by the time we finished so there’s probably an hour or so of fresh stuff for us to still explore.

In each scenario, Cody and May have defined roles. This adds to the replayability of the game as each player can go through the game as the other character and get a different experience of the mechanics. There’s also a good number of miscellaneous achievements/trophies to hunt down and unlock if that’s your thing.

Some games implement a handful of mechanics well, others struggle with one or two. It Takes Two nails dozens. I was constantly amazed at the new ideas the game threw at us within each level. This is a game that needs to be experienced in order to truly appreciate it. Have no doubt about it, It Takes Two will win tonnes of awards in 2021, not just for best co-op. The art direction, in particular, is stellar.

There’s very little I can point out as flaws in the game. I did find Cody, May, and Dr Hakim a little grating at first. This could easily be a purposeful design choice though, allowing you to feel connected to how the characters feel about each other at the beginning of their journey. They did all grow on me by the end. The game also had us do things that we absolutely weren’t on board with and will probably need therapy to forget. I’m looking at you Rose’s Room finalé. All joking aside, there’s little you’ll find to complain about in It Takes Two, and if you do, chances are that thing won’t stay around long.

My partner and I had a fantastic time and look forward to whatever Hazelight Studios cook up next. I or I guess we, give It Takes Two a well-deserved Thumb Culture Platinum Award. 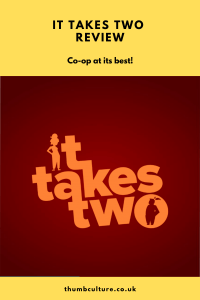