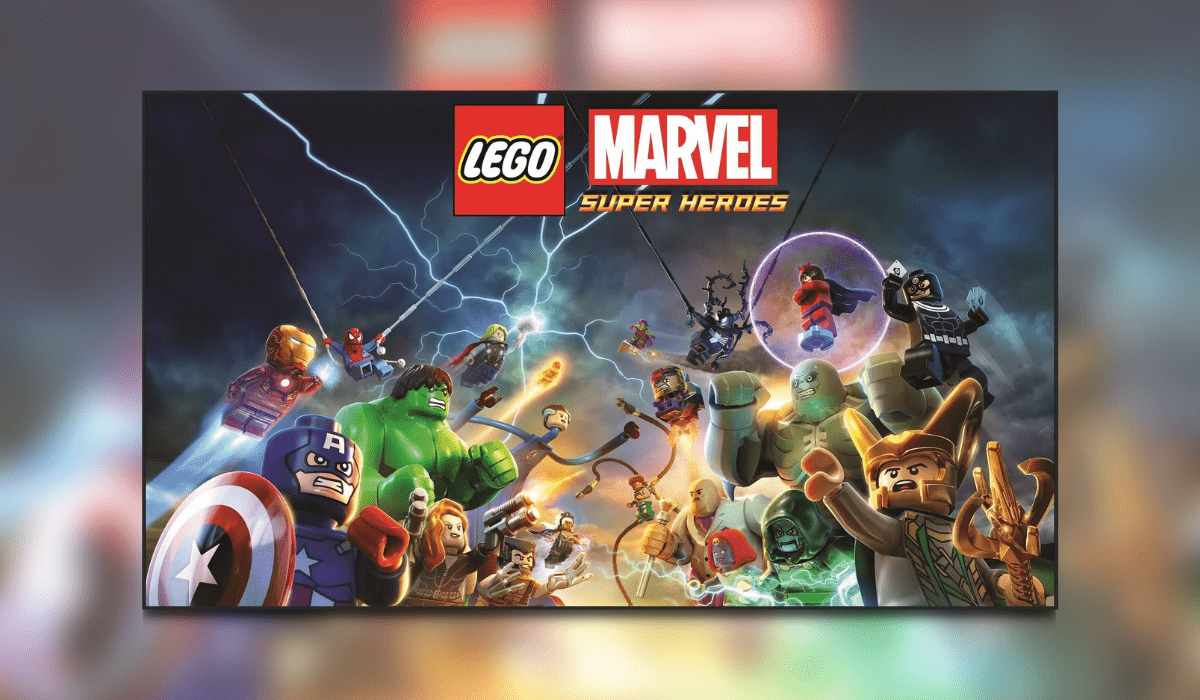 Now, who can resist the opportunity to play a LEGO game? Let alone a LEGO game based in the Marvel Universe. It just makes sense. Even though this video game has been out for many years. Let us take a look at the Nintendo Switch port and see if we get addicted to collecting studs just like many LEGO games in the past.

If you enjoyed this review then why not check out my latest one here. You can also catch up with what the rest of the Thumb Culture team are up to on our social media. So let’s crack on with this LEGO Marvel Super Heroes – Switch review.

Ahhhh a good old LEGO game. These video games are just in a league of their own when it comes to simplicity. There really is nothing like smashing everything in sight and collecting those studs. Many LEGO games have come over the years and they are all great but bringing the entire Marvel universe together in one video game. Now that is just a dream come true.

The story of LEGO Marvel Super Heroes is just brilliant. Many Marvel characters join forces to foil the evil schemes of Doctor Doom and Loki. Both of them have recruited their own band of villains to aid them. They plan to conquer earth using the Doom Ray of Doom (only Stan Lee can get away with a title like that) and it’s down to our heroes to stop them.

The gameplay is great and with it being on the Nintendo Switch it is just the perfect game to taking on road trips or playing on the train. Everything about this game just makes you want more. It’s always going to be just one last level until you realize you’re still playing it at 3 am in the morning.

Now if you’re one of the (un) lucky ones to never play a LEGO game before, then you are in for a real treat. In LEGO Marvel Super Heroes there will be stages in the game where you are free to do whatever you want. Take on side missions, swing around the streets as Spiderman, find the hundreds of collectibles that are scattered throughout the city, and explore the giant Shield Helicarrier above the city.

The Helicarrier is what could be called the main hub of the game. From here you can get missions. Use the shop to buy upgrades such as stud multiplier, other superheroes, and even unlock some funky costumes. But of the best features is the fact that you can create your very own superhero. Customize your look and give yourself some cool superpowers and just head of on the streets of New York to take down some bad guys.

LEGO games are no stranger to handheld devices, with LEGO Marvel Super Heroes: Universe in Peril on PS Vita, 3DS, and 2DS. As such, it comes as no surprise that running on the Nintendo Switch is just like the water off a duck back. It runs absolutely flawlessly. Not a single bug or glitch. There really is nothing to say about a game when it has no flaws in the graphics department.

The audio is fantastic as well but again it is nothing less than I expected. The cool upbeat boss battle music is a must to listen to and the voice acting is just superb from of the best voice-over artists in the business. With the likes of Troy Baker, Laura Bailey, Nolan North, and even Agent Phil Coulson himself Clark Gregg reprising his role from the movies.

LEGO Marvel Super Heroes has a playtime of roughly around 20 hours. That is just the main story. If you want to do all the side quests as well then you may be looking at around 30 to 35 hours. But if you want to be insane and finish the game 100%. Then get ready for the long haul because it will set you back to at least double that. You can put in some crazy hours when it comes to the LEGO video games and this one makes no exception. The amount of things you can do in this game is just unreal. But please feel free to find out for yourself.

My Final Thought is that LEGO Marvel Super Heroes on the Nintendo Switch is an absolute must for not just fans of the Lego franchise but for the Marvel Universe as well. This game was an absolute blast to play. I could quite easily play through the whole game again because it is just that good. Please do yourself a favor and pick this game up. You will not be disappointed. So it is with great pleasure to give LEGO Marvel Super Heroes the Thumb Culture Platinum Award. It truly deserves it.