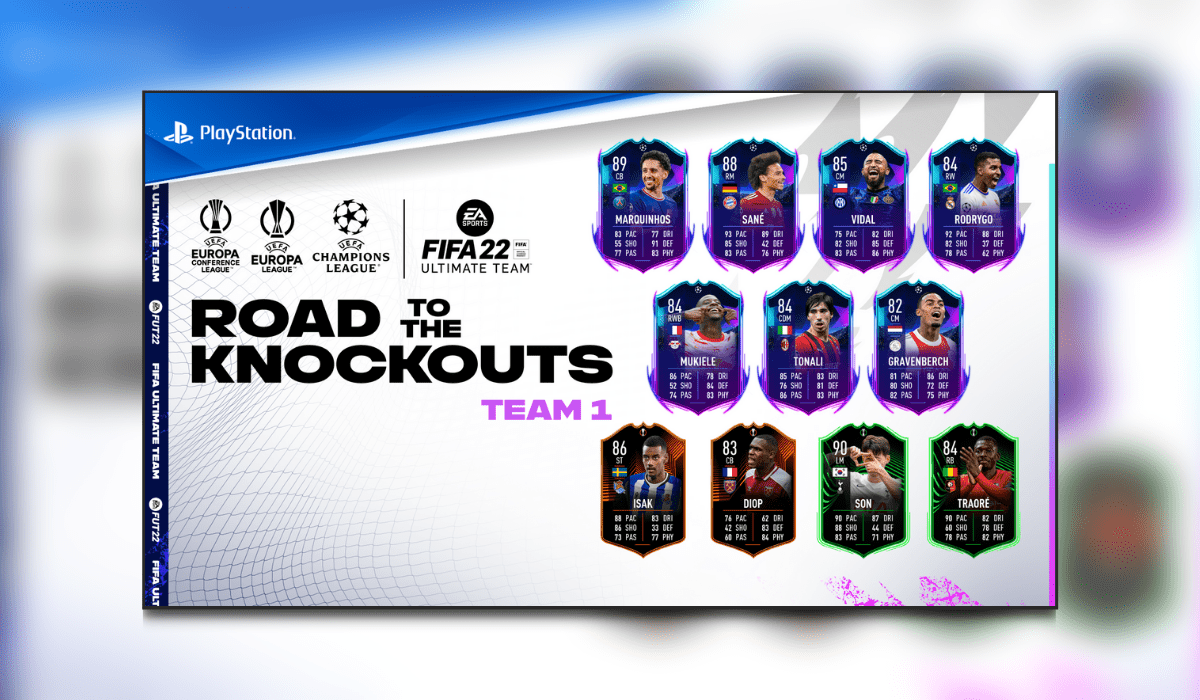 Road To The Knockouts (RTTK) has begun within Fifa 22 Ultimate Team.  The design for this is based on the Group Stages of the UEFA Champions League, Europa League, and Europa Conference League.

RTTK comes with special items that are upgraded live items within Ultimate Team. These items upgrade as you process through each round of the tournament.

It is important to know that RTTK doesn’t just mean special player items, following the success of the One’s to Watch revamp these player items now get upgrades. The circumstances for the upgrades are. 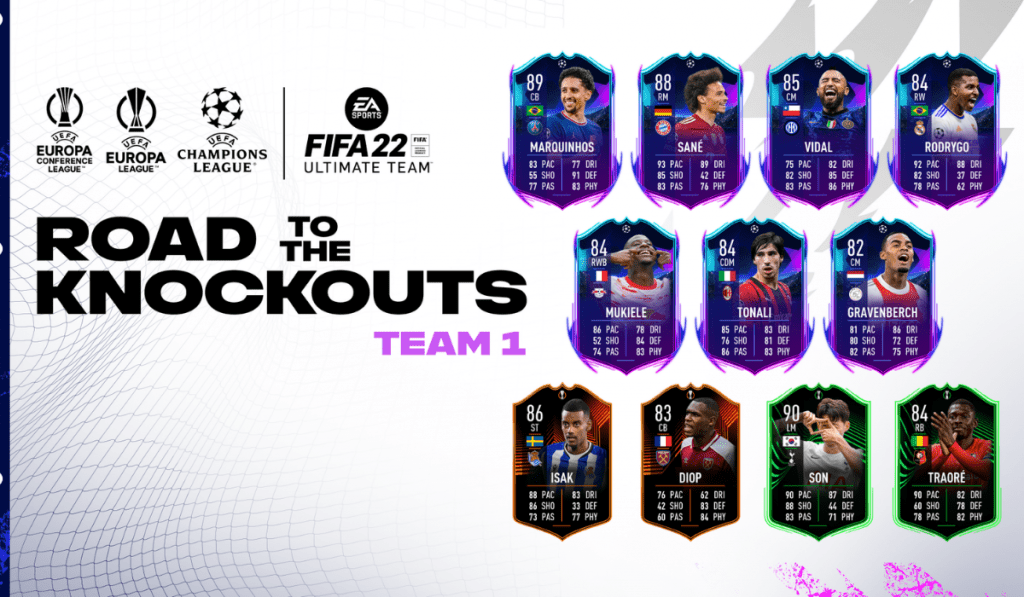 This was achieved by capturing individual player movements in a real 11 vs 11 game, where each player wearing an Xsens suit. The suit itself captures every movement, every touch, tackle, sprint, and duel in the match adding an extra 4000 new animations.  With players focused on the match instead of the technology, it means that the captured data helps make Fifa 22 the most realistic in the series.