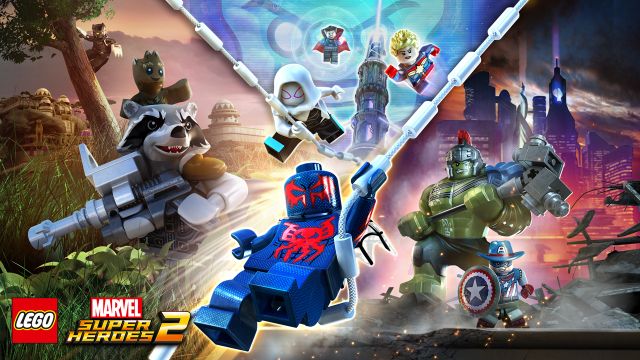 The last LEGO Marvel Super Heroes game was released back in 2013 and was nominated for a BAFTA game award however it lost out to a tiny open-world game called Grand Theft Auto V by RockStar North.

“The LEGO Group is delighted to continue the stories of the legendary Marvel characters in a new LEGO adventure,” said Sean McEvoy, VP Digital Games, The LEGO Group. “Fans young and old will love playing through this all-new cosmic saga spanning the Marvel Universe as seen through the LEGO lens.”

After recently watching the latest Marvel movie we are definitely looking forward to some much needed Guardians of the Galaxy action!

“With a completely original branching storyline, LEGO Marvel Super Heroes 2 introduces amazing new gameplay features, including the ability for characters to manipulate time and a four-player competitive Super Hero battling mode,” said Tom Stone, Managing Director, TT Games. “With a huge array of brand new characters from the Marvel universe, including old favourites in new guises, this game is sure to thrill both LEGO and Marvel fans, as well as newcomers to the series.”

The new story shall centre around an epic battle between Kang the Conqueror, who through time travel, shall see players adventure through various worlds such as Ancient Egypt, the Old West, Sakaar and New York City set in 2099.  Characters from the Marvel world both good and evil will once again be at your beckoning call with; Cowboy Captain America from the past to Spider-Man 2099 from the future along with Thor, Hulk, the Guardians of the Galaxy, Black Panther, Captain Marvel, Doctor Strange, Green Goblin to name a few.

Available from 14th November, LEGO Marvel Super Heroes 2 will be released on PS4, Xbox One and PC with a Nintendo Switch release possibly at Christmas.