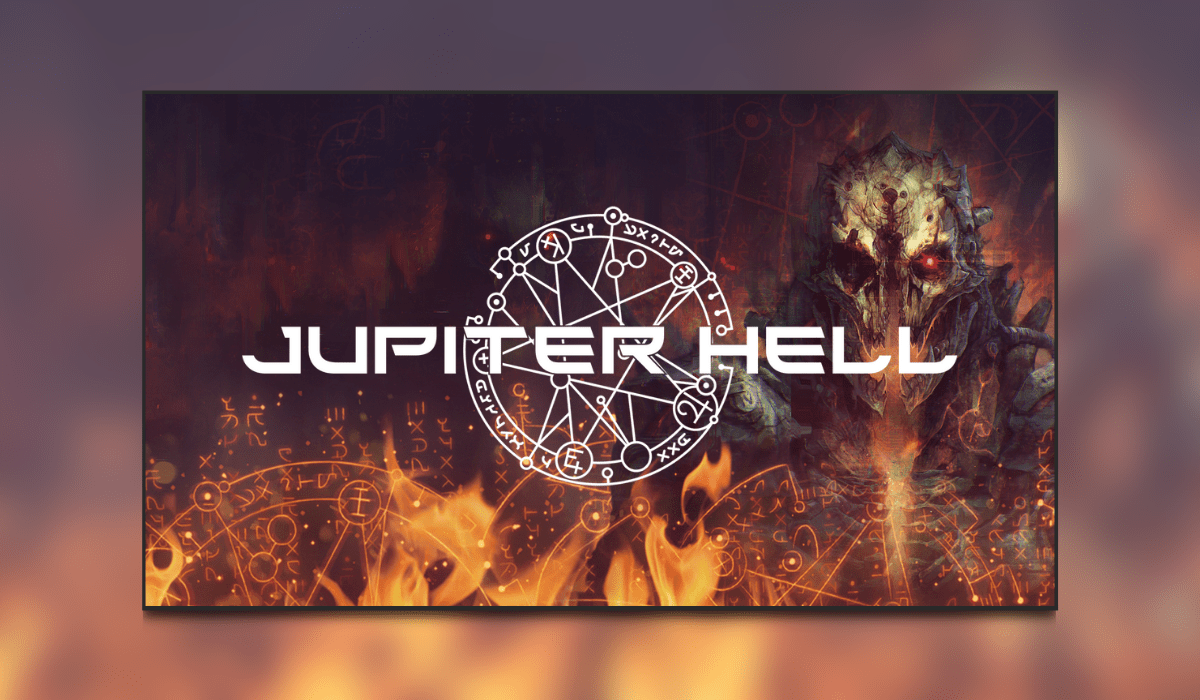 Welcome to my review of Jupiter Hell, which is available now on PC via Steam and GOG! Brought to us by developers ChaosForge (Doom The Roguelike) and publishers Hyperstrange (Postal: Brain Damaged, Frozenheim). What Jupiter Hell can promise is that it’s a roguelike turn-based strategy game like no other!

Jupiter Hell – Not For The Faint Of Heart!

Will I survive the hordes of demonic forces? Or will I fail and hit that eternal permadeath wall? If you enjoy this review, please feel free to check out my previous preview here, where I played Draft of Darkness.

As with most games, we start off with a pretty basic tutorial that teaches us the basics of the game. The game quickly teaches us that it is a turn-based strategy game that is set on a grid format, with permadeath. That’s right, you die, there’s no coming back. This makes you think a little more when taking turns, instead of just going gun-ho into rooms and areas. A little like the X-COM series of games. It most definitely pays off to be patient here.

We start off the game with a choice of class, the marine, the scout, or the technician. Of course, each has its own class bonuses such as resources, passive, active, and starter gear. Once the class is chosen we will then move on to the first area, Callisto level 1.

The game has tons of weapons to be picked up and used, as you can see above. You can only carry three at any one time though. I believe this is good though as it makes you think about it more. Do you really need that shotgun? Or should you swap it out for a longer-range assault rifle?

The choice is yours, of course. Don’t forget to pick up grenades and make use of them. They are definitely the best pineapples around. I would ask my foes what they thought, but they seemed to fall apart after tasting them.

Keep your eyes peeled for healing items and armour, these are items you most definitely will need as you get further into the game. Armour loses effectiveness each time you take a hit, so be wary of that, if you find more armour, I highly suggest you swap it out. Healing items vary, some are instant use when you walk over them. The others such as medkits are stored in your inventory to be used when you want to use it.

Story-wise, I can’t really say there’s much going on here. You find little notes that do hint at what has happened and why the moons of Jupiter have turned to… dung. This is more a game to take some time out and blow up some enemies than taking in a real deep story full of tales and mystery. Here’s looking at you Persona 5.

There are also buffs in the game. Want to decrease your chances of being hit and taking damage when in cover? Hunker has got your back there. Aim is the one to increase your chances of hitting your target when shooting, funnily enough. That’s just a couple but there are loads of buffs and debuffs in Jupiter Hell. Be sure to keep away from that toxic gas though. That stuff hurts!

One absolute comedic moment in the game is if you leave your character stood still, he will start rambling on with random stuff. “Bored already?”, “Uh hello?”, and more. There’s also a profanity level slider. You can choose how often (or not) you hear swearing words. Man, they are definitely funny additions to the game, kudos to ChaosForge for those. All in all, Jupiter Hell will give you a great time whether you have 15 minutes or a few hours to spare.

To be honest, the graphics in this game won’t blow you away. However, for this style of game, and the fact ChaosForge is going for that 90s nostalgia, they have hit the nail on the head. The CRT feel on the user interface. The game also has scanlines that can be disabled, fortunately. I couldn’t get on with these myself. The awesome font. It’s all here.

The graphics are somewhat modern, with nostalgic touches added to them, such as scanlines, a traditional videogame font as below, and other things that I will keep a surprise for you. The game ran absolutely perfectly for me at 1440p with the frame rate unlocked. I averaged 300fps, yes 300 and not 30.

The audio is incredible. The sound effects of you getting your gun off, the limbs falling off of enemies, to the absolutely amazing heavy metal soundtrack. Jupiter Hell will most definitely fill your ear canals with pure sounds of joy as you rip through your enemy, turn by turn.

Being a roguelike, this game will give you many, many hours of fun. There is so much to do in the game itself, discovering what happened, finding different weapons, and upgrading your chosen class. This game is certainly a huge bang for the buck and you could potentially lose yourself before you even know it.

Jupiter Hell is an absolutely class game that you should most definitely check out. I loved the absolute throwback to the 90s games that it gave me. For some reason, it reminded me a lot of games such as Space Crusade (Amiga, 1992), X-COM: Terror from the Deep (PlayStation, 1996), and of course it gave me huge DOOM (MS-DOS, 1993) vibes. Jupiter Hell was just pure fun from start to finish. I give it the Thumb Culture Gold Award.