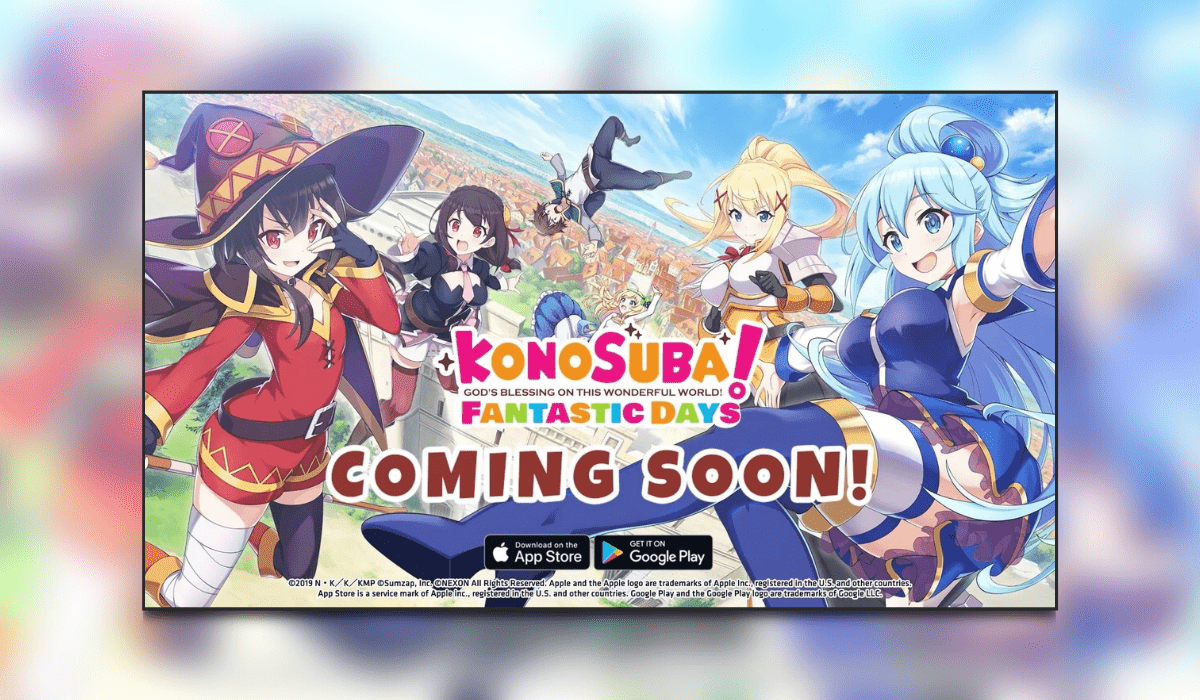 Leading game publisher Nexon has announced the free-to-play mobile RPG KonoSuba: Fantastic Days has a global launch date of August 19th. Partnered with publisher Kadokawa, and developed by Sumzap. The launch will be kicked off with an online showcase event. Already a massive success when it launched in Japan in February 2020, the character-collection RPG reached one million pre-registrations last month.

KonoSuba: Fantastic Days is based on the hit anime series airing on Crunchyroll and HBO Max. Focusing on a high school student reincarnated to a fantasy world, where he is joined by companions in the shape of a useless goddess, an explosion fanatic, and an unhinged crusader to fight the Devil King.

Following the original storyline, the characters featured in the light novel will also be featured here. As well as new exclusive characters created for the game. Each character will be voiced by the original voice actors from the Japanese anime. Including Jun Fukushima, Sora Amamiya, Rie Takahashi, and Ai Kayano.

The launch will be shown on Nexon Mobile Games’ Youtube channel and will feature popular anime internet personalities, as well as exclusive content and tips for new players.

Will you be giving this one a go? Let us know your thoughts in the comments. We will leave you with a trailer as always.