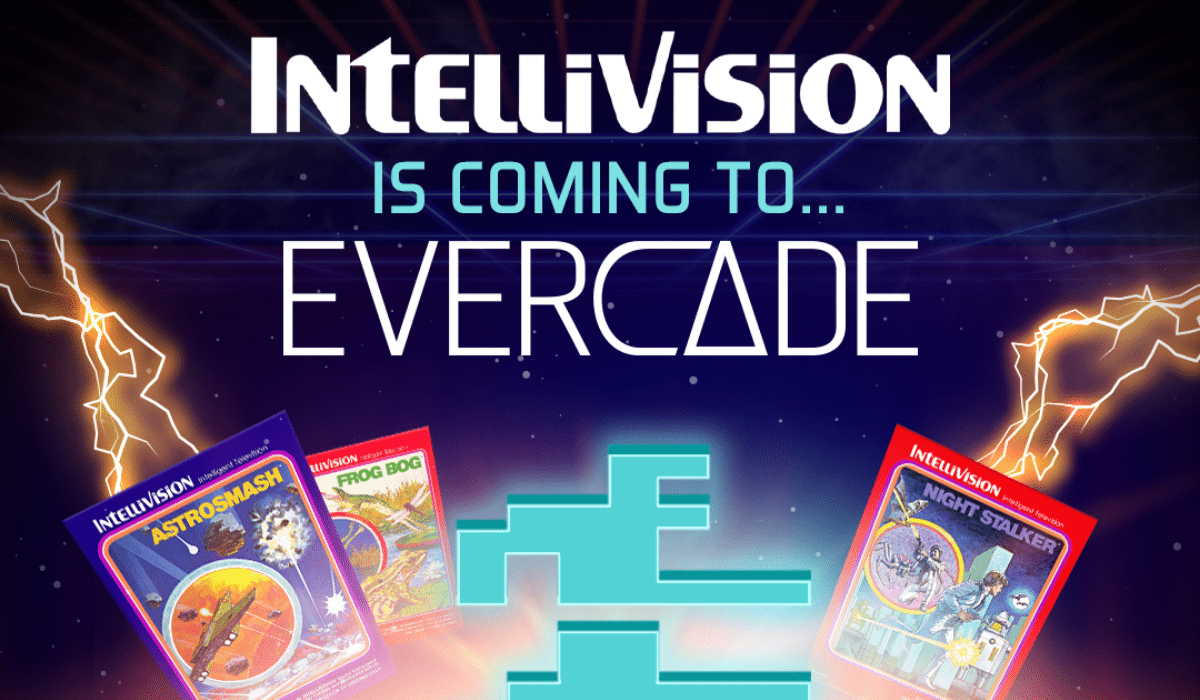 Blaze is at it again adding even more classics to its ever-growing Evercade collection.  Intellivision Collection 1 will be arriving in the autumn of 2021 with more cartridges planned.  There are 12 games on this cartridge but we only know about 3 of them.

Intellivision, a portmanteau of “Intelligent Television”,  was a console released into the market in 1980 by Mattel after successful testing in 1979.  Mattel had been making toys for decades, but after seeing the success of the Atari 2600, they felt the need to hop onto the video game bandwagon.

While only having 16 colours, a pittance compared to Atari’s 128, it boasted a massive 1MB of RAM, when compared to the 128KB on the Atari 2600.  What was unique about the Intellivision was its controller.  A numeric keypad on which you could add overlays, and a disc at the top for directional movement.

If you wanted online games, Intellivision had you covered.  Intellivision was the first system in which you could download games via Playcable and had close to 1 million subscribers.

With the growing popularity of the Evercade and official licenses such as Codemasters, Dizzy (Oliver Twins and Codemasters), and Namco acquired, I cant wait to see what other games will be announced on this cartridge, and what manufacturers Blaze has in store for us next!  Go check them out here and check out the handheld console below.