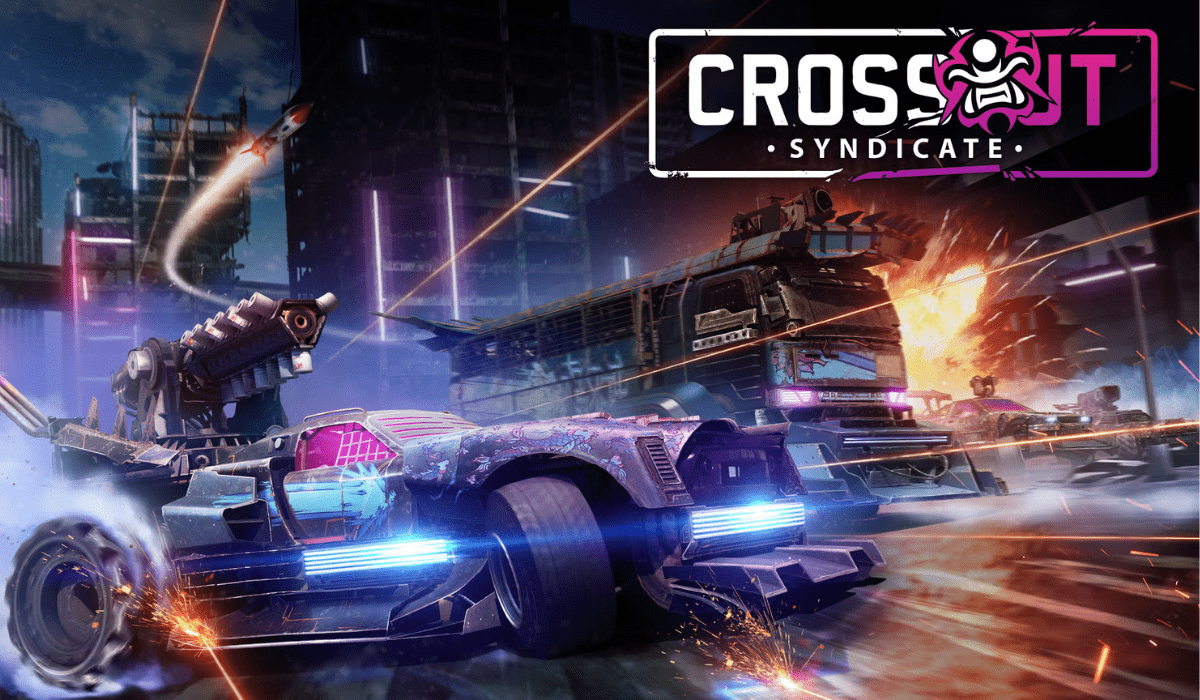 The post-apocalyptic MMO vehicle combat game, Crossout, has had a new content update.

Targem Games and Gaijin Entertainment have announced the Syndicate content update is now live in Crossout. The update brings us a new faction inspired by Asian corporations, named the Syndicate.

Right before the apocalypse the Syndicate leadership worked in a branch of the Pan-Asian corporation “Neon Dragon” that specializes in implants and  prosthesis production as well as AI technologies. Nowadays the Syndicate is a closed society оrganised in a strict hierarchy, its members using augmentations, smart weapons and advanced energy storage devices. In order to get access to the Syndicate tech, players complete faction tasks from the new season of the Battle Pass.

We then have the “East Quarter” map, this is the first Syndicate-styled map in Crossout. The faction has founded a base in the megapolis slums. They’ve restored electrical power and installed neon signs as well as information screens on the high rise buildings in the East Quarter. The centre of the location has a dry channel that crosses the map. This is a great opportunity for melee cars to descend on the opponents and catch them off guard behind their own lines.

For more information on the Crossout Syndicate event, visit the official site here. As always, let us know in the comments your thoughts on this.