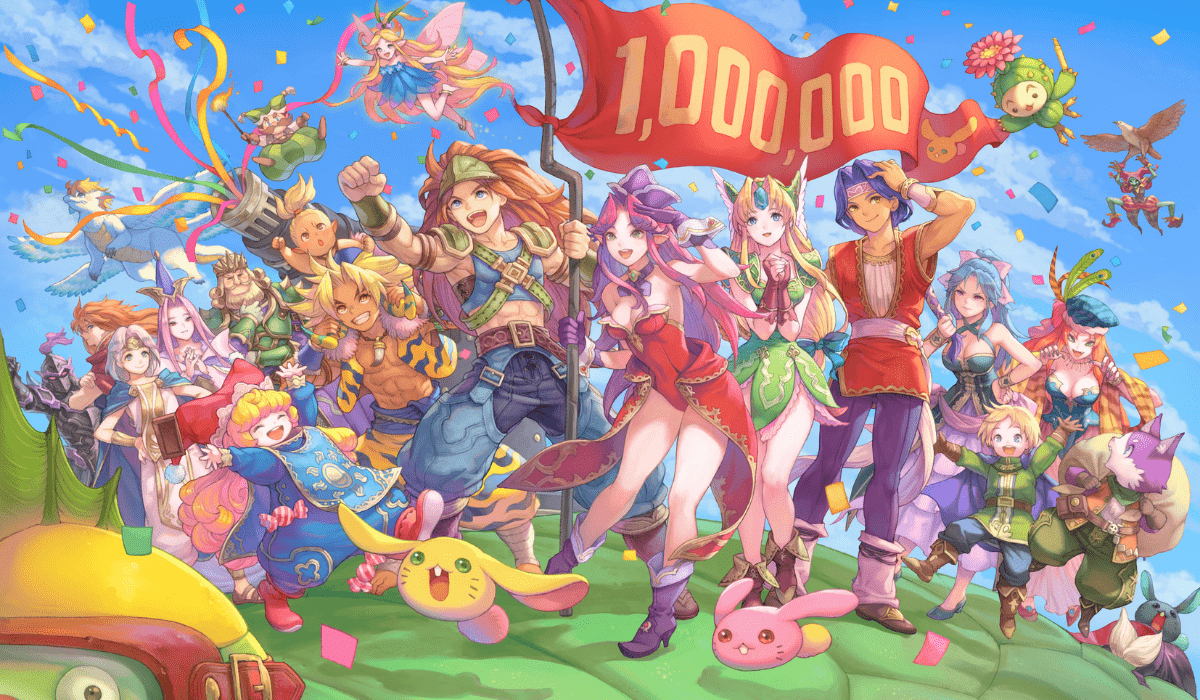 Trials of Mana has surpassed 1 million shipments and digital sales worldwide. This is a huge milestone for Square Enix. This game is a full, high definition remake of the third entry in the Mana series.

The original came out on the Super Nintendo in 1995. The remake came to Nintendo Switch, PlayStation 4 and PC in 2020.

In a press release from Square Enix they say:

LONDON (Feb. 12, 2021) –Square Enix Ltd., announced that sales of Trials of Mana™, the full-3D remake of the beloved classic, have surpassed one million units shipped and downloaded worldwide. To commemorate the milestone, the team released a brand-new illustration for fans. Featuring the vibrant cast of characters celebrating the game’s success.

Originally released in Japan as Seiken Densetsu 3 in 1995, Trials of Mana is a full, high-definition remake of the third entry in the classic Mana series. The game immerses players in an unforgettable adventure filled with exciting gameplay, memorable heroes and villains. Players will craft varying experiences by selecting a party of three from six unique protagonists as they embark on the adventure of a lifetime, upgrading their characters’ classes into more powerful forms, learning over 300 different abilities, and discovering a world of secrets and mysteries to explore. Additionally, after finishing the game, players can discover an exciting new playable chapter not found in the original release, in which they can unlock brand-new classes, and challenge a powerful new threat.

Patch 1.1.0 was also recently released for Trials of Mana in celebration of the 25th anniversary of the original game, featuring a number of game content updates and additions for players, such as a new “No Future” difficulty mode, additional New Game Plus options and more.

Whilst that’s quite a feat for a game that came out 25 years before the remake, I would also say Trials of Mana remake is not as known as some other remakes from SE.

You can check out more on the Trials of Mana remake here.

Have you played Trials of Mana remake? Or even the original? Let us know down in the comments your thoughts.