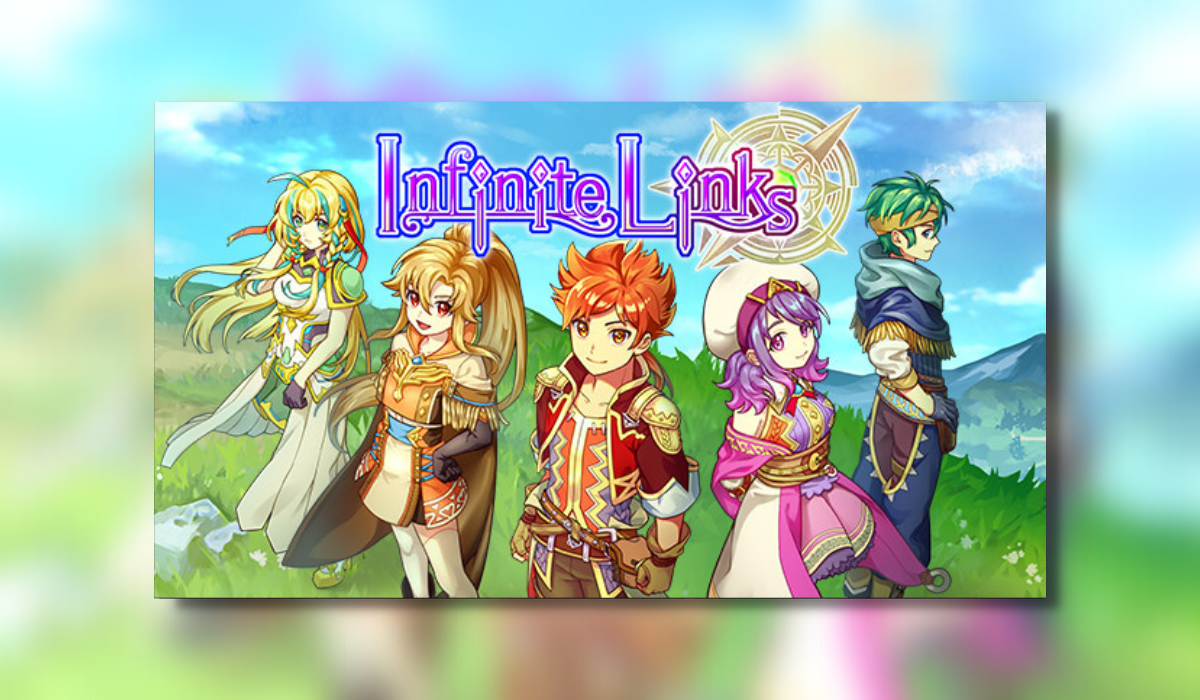 Developed by Exe-Create and published by KEMCO. Infinite Links is an action turn-based RPG. It was released on the 12th of May 2022 for the Xbox One, Series S/X, Playstation 4/5, PC, and Nintendo Switch. The forces of evil are strong in this one so caution ahead of this Infinite Links Review.

Here we are with another RPG. The trend is rising and rising and if I’m being honest I really don’t mind. I grew up playing RPGs like Final Fantasy and Dragon Quest as well as favourites like Grandia and Chrono Trigger. But during recent times the abundance of RPGs being made makes a lot of them really poor in gameplay. Does Infinite Links fit into that category? Well, I’m here to tell you.

Infinite Links tells the story of siblings Kronos and Serene. After their grandfather is killed by an evil wizard. The siblings vow revenge and set off on an adventure to not only rid the world of evil but to find a cure for Selene as she was cursed by the wizard. Along the way, they make new friends who help them stop the spreading of evil and to kill the wizard with vendettas of their own.

Picture yourself playing the classic RPGs of the 16bit era of the 90s and you get a mixture of some of the best. As Infinite Links takes all the good things that make an RPG and puts them together in a really well-done game. The combat is turn-based which I absolutely love in a game especially when there is a little meter that tells you whose turn it is next on the battlefield. I always think games are more strategic that way and you can plan moves ahead of time.

While making your way through the world which does become a more open world like when you have the means of travel. Whether that be by boat or airship. The world is not too big and not too small so travelling around never feels like a chore. There is the option of fast travelling to every location on the map once you visit a place but where’s the fun in that.

The combat system is really to get used to as well with a great guide for players who aren’t too similar to these types of games. There aren’t any classes or jobs like in you expect with RPGs. In Infinite Links, you can make a character do anything. You can make them all mages or all powerhouses if you wish.

Levelling up is fun as always and of course, with RPGs, there is always some cheese when it comes to grinding and Infinite Links is no different. In fact, it can be rather easy to level up and overpower but I won’t spoil anymore in that department. You can also upgrade weapons, armour, magic, and talismans.

One thing I have noticed about the game is that each protagonist in your party is actually really well written and you feel a real bond with them. Sometimes in RPGs and especially JRPGs you always get that one person in your party that you just hate. But in Infinite Links, you feel a connection with them and get enthralled with their story.

The graphics are really impressive and give you that 16bit look but are polished. The character’s looks are very fantasy but again they look great. Enemies look the part as well with some of them filling up half the battle screen. There isn’t any voice acting as the entire game is in text form but the story is so good you don’t mind reading. You even don’t mind reading the side quests as well. Something that a lot of gamers just fast forward.

Audio for me is on another level. I absolutely love it. The world music, the battle music, the boss music, everything just hits the right note and it’s brilliant. I can’t praise the musical score enough. Hurry up and release an LP of it.

My playthrough time was clocking in at around 20 hours and still had some way to go. There isn’t a shortage of things too as each town has there own side quests. Along with doing the battle arena that you can participate in and completing all the monster objectives. I would say that the gave will give you at least 35 to 40 hours of gameplay.

My final thought on Infinite Links is that I honestly want to expect it to be as good as it was. It really took me by surprise and I love it when a game does that. I can honestly say that I cannot find a single fault. The characters, the story, the world, and the battle system. It all feels natural to me and to Exe-Create. Well done. Well done indeed. Check out the game on the Xbox Store here.

So it’s with great pleasure that I give Infinite Links the Thumb Culture Platinum Award.