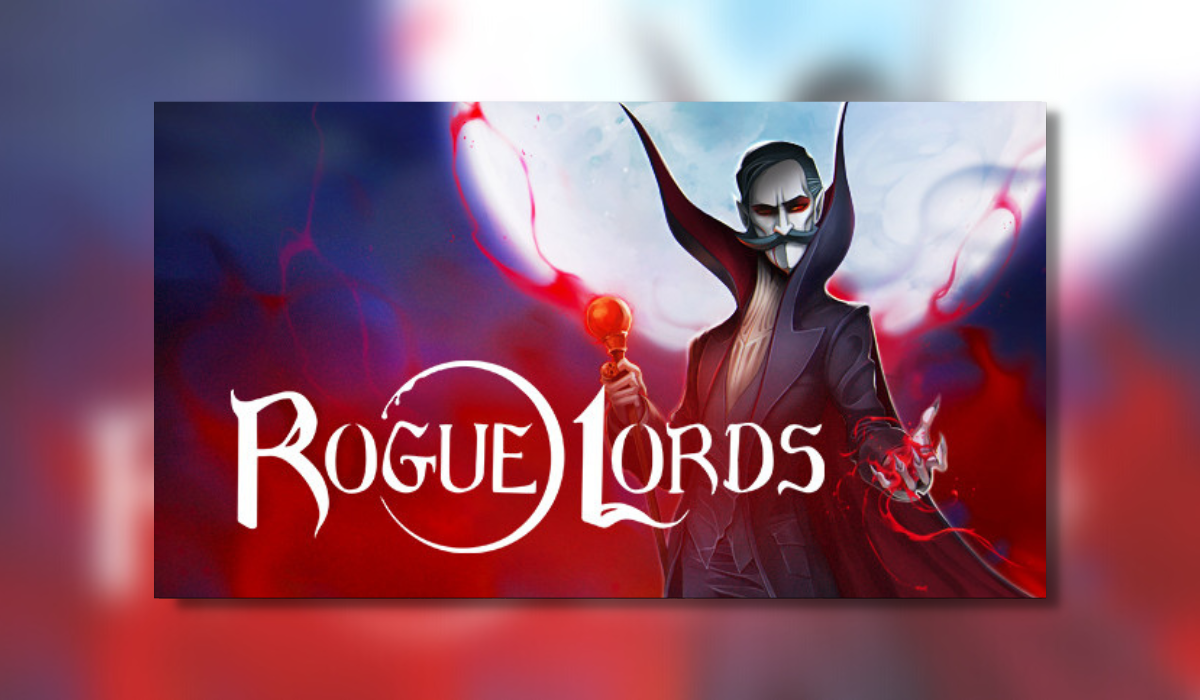 Developed by Leikir Studio, Cyanide and published by Nacon and BigBen Entertainment. Rouge Lords is a roguelike, strategy, turn-based video game. It was first released on the PC in September 2021. It was then ported to the Nintendo Switch, Playstation 4, and Xbox One being released on the 28th of April 2022. Let’s get down with the devil in this Rogue Lords review.

Roguelike, strategy, turn-based combat and just a smidgen of RPG elements. This sounds like the perfect video game on paper but what is seen is not always to be believed. The only way to find out is to keep carrying on reading.

Rogue Lords is a game where you play as the devil. Yes, the actual devil so that means you play as the bad guy in a video game for a change. Now after a long-fought battle with forces of good in particular Van Helsing. The Devil is forced to withdraw back to the underworld so he can gather his strength and plan an all-out attack against his arch-enemy.

But being away from the surface for decades has made the humans even stronger and more formidable opponents. So as The Devil you assemble a ragtag team of disciples. to do all your dirty work as you collect the souls of the fallen on the battlefield to gain more power.

The game is what would be called a turn-based strategy game with RPG elements and some roguelike thrown in there for good measure. There is an overview world map that you travel around. Going from place to place isn’t as simple as it sounds because the further you get in a chapter, the more choices you have to make as there are many forks on the road.

You can take the easy path to get you to your destination quicker but doing so will leave you with only one battle to take part in. While only one fight may sound good and easy. You may miss out on valuable rewards and experience to say if you choose a different path. Planning ahead is the key as the easiest route is often not the most plausible.

Now when it comes to the battle system, that is what I love in Rogue Lords. Really reminds me of old turn-based combat games like Final Fantasy and Dragon Quest. You get to choose three disciples in your team with characters like Dracula, The Headless Horseman, Bloody Mary and The Warewolf just to name a few. Each with its own moves and powers that you can upgrade by collecting rewards from battles and certain random events on the map.

The strategy that you do in battles really matters in Rogue Lords. You can’t just spam the attack button and cheese your way to victory because that way ain’t gonna work. You have to plan out each move and use the right attacks on your opponents to ensure victory. Or you could just call upon The Devil in a battle and just cheat your way to a win but doing that costs blood and souls and should only be done as a last resort.

The graphics are great. But it’s nothing less than I would expect from a roguelike video game. It has that sort of cartoon style mixed with a bit of what you would find in a comic. The dark tone of the game and the story really blend well with the style of the graphics. Full props as well for the blood splatter effects that occur when you strike an enemy. Giving Mortal Kombat a run for their money.

The audio also has that dark tone to it as well but what really stands out is the voice acting of The Devil. He is nothing short of brilliance. Absolutely hilarious when you would think a comedic factor shouldn’t really be in a game like this but it just hits the nail on the head. Loved it.

What I love about strategy video games is that there is always an abundance of things to do. Whether it’s upgrading characters to the max or finding secrets. Rogue Lords isn’t shy of content and gives you many ways to complete the game. A general playthrough could take around 15 hours but playing again and going down a different path and collecting all the extras can give you easily about 20 to 25 hours.

My final thoughts on Rogue Lords is that it’s a fun strategy game and the characters being horror legends just tops it off. Especially if you’re a horror fan like myself. While the difficulty can be a headache at times. That doesn’t damper the rest of the game. Fun gameplay, interesting upgrades, a great dark atmosphere and hilarious voice acting. It’s a great game for any horror fan. That’s why I’m going to give Rogue Lords the Thumb Culture Gold Award.