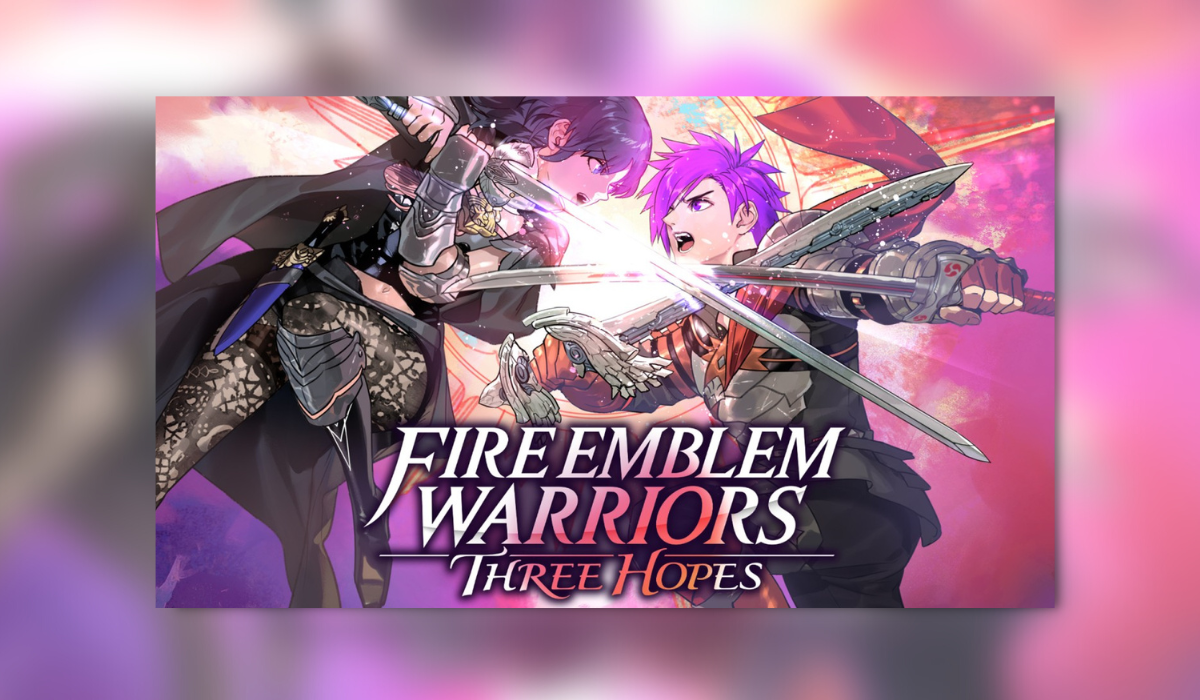 Developed by Omega Force, Intelligent Systems and published by Koei Tecmo and Nintendo. Fire Emblem Warriors: Three Hopes is a hack and slash, role-playing game that was released for the Nintendo Switch on the 24th of June 2022.

Some of the greatest RPGs to ever be made are primarily from Japan. The likes of Final Fantasy, Dragon Quest, Pokemon and the Fire Emblem Series. There’s just something about JRPGs that always gets gamers wanting more. Whether it be the storytelling of the combat system that always seems to be a favourite among fans. More is just never enough and today we take on the latest in the Fire Emblem series.

Every now and then a spin-off from a popular franchise comes around that’s just perfect. There are a lot out there that fail but the Dynasty Warriors spinoffs Fire Emblem is one that’s done right.

If there is one thing about the Emblem series that stands out it’s the combat system. But the turn-based combat has been replaced by real timed attacks and takes the whole hack and slash genre to a new height. You start the game as Shez. A mercenary who goes on a path of growth and answers as a result of being beaten in combat by the insanely powerful Ashen Demon.

The story evolves into the usual and predictable trope of travelling to different kingdoms and meeting rulers to uncover the mysteries about the Ashen Demon. While the game is great the storyline is just lazy and easily predictable. You know what’s going to happen before the game tells you. But that doesn’t mean that the game is bad.

As mentioned before the combat system has changed from turn-based to more of a hack and slash with some strategy involved. Each combatant has a special skill set and weapon that offers advantages and disadvantages in battle. Sword-wielding characters fare well against axe-wielders, axe-wielders against polearm-users, and polearm-users are good counters to the sword.

You can enhance by reforging your weapons with different traits to make the game easier when battling against certain enemies like dragons to make them more vulnerable. It just gives you that extra edge in battle and adds to the strategic element of the game.

You can even give commands to your party as well which works sometimes as you can send a squad mate to other parts of the battlefield so you can concentrate on a certain area without the fear of being ambushed. The game does offer multiplayer but it is borderline impossible to play due to the frame rate drop and lag. The lag is so bad that it really isn’t worth trying out. If the developers manage to fix it then it could be worth playing.

On the outside, the graphics look great. It is no less than what you would expect from a JRPG but on the inside, they can be a mess at times. There are quite a few frame rate drops, especially when it comes to some of the more demanding action sequences as the screen is just full of enemies and the game can’t handle it performance-wise.

You can go into the options and change the setting to give you more performance but doing that really drops the graphics and they go from this generation to the last generation of gaming.

The audio is a saving grace because it is great. A real kick-ass soundtrack that just fits right with every scene whether it be on the battlefield or during a cutscene. It really is fantastic.

One thing this series likes doing is drawing out a storyline. Just like other games in the genre, you will be looking at over 40 hours with a standard playthrough. There are also a ton of extras as well if you really are a complete die-hard completionist but be warned. If you plan on going for 100% in Fire Emblem Warriors: Three Hopes then prepare yourself for a good 70 hours.

My final thought on Fire Emblem Warriors: Three Hopes is that while the gameplay is fast and fluid and easy for most of the game. I just can’t ignore the bland and boring story. It goes on way too long and it’s way too predictable. Along with bad performance graphics-wise and a non-excictent multiplayer. The soundtrack is one that truly stands out.

With that in mind, I’m going to give Fire Emblem Warriors: Three Warriors the Thumb Culture Silver Award.